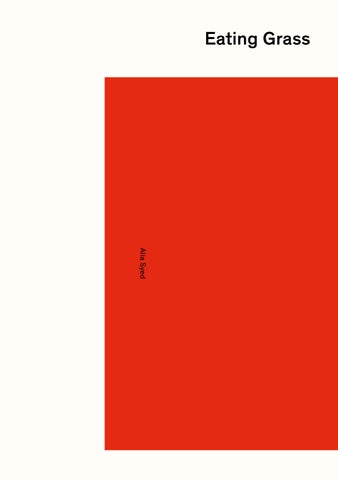 “Don&#39;t speak…………………….., Listen. Look, even the birds are rejoicing.” &quot;Amma Jaan* how can the Muadhin climb so many stairs when they are so fat? The Mualvies don&#39;t even do the sijda any more. Appa says the generals are forcing the Maulvies to eat platefuls and platefuls of luddoo and, if they can’t eat them, they make the Muadhin eat them.” “Don&#39;t speak. And after prayer, back to sleep, perhaps the angels will send you dreams to guide you through the day.” &quot;The Muadhin hasn&#39;t ascended the staircase to the minaret. They have forgotten to renew the tape recorders and the people are either too fat or too thin to have noticed.&quot; Droplets of water bounce ever increasing with each ablution — ants. Beads scattering across the stone ground. Every one who is any one has left, its just us with the dust balls scattering — or were they running across and away from the oncoming onslaught? The click; the click of the tape recorders; one after the other, click, click, click across the city. Everything is quiet. It took a while to notice. It could have been a question of pronunciation. Enunciation, a very long ‘aaaahhh’ and then another from the neighbouring district, and then the district next to that one; but the ‘aaaaa’ never turned into ‘Allah’, it just augmented and augmented until the sound was unbearable. “It was after that we decided to leave. No one spoke about fujr, the queue didn&#39;t suddenly go down for the afternoon prayer.”

They hadnâ&amp;#x20AC;&amp;#x2122;t always lived alone. The household had shrunk over the years. Each departure leaving the remaining members slightly less secure, but not because of economics. After their father died, they got rid of the cook. Their mother died. Before the eldest sister married, she intimated in hushed tones something about the chauffeur. The youngest daughter left, they got rid of the caretaker. And so, it was just the two of them, two women alone in a beautiful house enclosed within a ten-foot wall. The women were very fastidious â&amp;#x20AC;&amp;#x201D; both about their appearance and the appearance of their house. Sight was regulated, shapes where continually refashioned. The race was on to find the perfect cloth, one that moulded perfectly around the body. A maid came every day to wash their clothes and clean their house. Houses were getting taller, the population was growing. The two sisters construed that the neighbours who could now see their washing line would also be able to imagine the shape of their bodies. So they asked the maid, if it would be possible, whilst drying their garments, to conceal them by laying them on top of each other.

Eventually, permission was granted to leave the country. The two sisters started to make their preparations. They asked the maid to construct a very strong washing line, one that would extend around and upwards towards the top of the house. The maid called all of her daughters to come and help construct the line and wash the clothes. In the city where they lived, it hadnâ&amp;#x20AC;&amp;#x2122;t rained for five years. On the night that the washing was completed, an unexpected downpour hit the city. That night and the following day the whole city rejoiced. All, except for the sisters, who were found by the maid weeks later, just before the beginning of the month of Moharam.

I dreamt of red wine, red fruit – cliffs; a soaring blue sky and a man who could see the colours. The dream was still with me in the slow build towards midday. I had spent my life listening to ghosts, tending lawns with floral borders. The flies droned, the fan beat a rhythm through the still air. The soft swish of curtains kept the sun at bay. I lay on my bed waiting for the sun to pick a partner. It was midday. I was leaving, even my shadow would not leave a trace. The dust wrote letters on the road, was the wind holding my fate also? My chemise stuck to my back. Two lovers. A strand of hair, salty from the sea air. A red dupputta caught, billowing free from the car window. Their bodies were heavy - they left deep imprints in the sand as they were dragged away. Some stories haunt for reasons other than their own. Secret vows. Did they hold hands? Watch the sea recede, the sun set, the moon rise, when did they take their last breaths? I stopped. I was at the beach. The sun had lost its stranglehold. The breeze billowed around my head. A strand of hair struck my cheek. I tripped, gasped and pulled the salty lash out of my mouth. I had found the story whilst reading a newspaper; it was more of a postscript than anything, no names, a respectable family. It was the quiet dignity that haunted me. Everything had been done correctly, he had found a job, they where leaving. So what had happened? Nothing — nothing ever really happens even when everything is. I was walking along the beach; a moment, a moment I knew nothing of, a moment of passion, purity. The sea, a vast expanse of sky and the pressure of each other’s hands. Of course, they had to leave, finally and forever.

“Sunset, the drawing down of the sun. A silent prayer before the inky blackness grabs my throat and I breathe.” &quot;And in between?&quot; “Everything waits with baited breath. Blood loud – Still.” “And after?” “A stained sky. Soft winds across my lips, A chorus shimmered in golden leaves. Will the same ray touch your lips? Lick them, swallow, swallow, Even tastes travel in this moment.”

Sometimes things that have been happening very quietly will suddenly happen loudly. Did they catch us in the end? Maybe, maybe everything was so quiet that even we forgot. Forgetting can be dangerous. Amma Jaan has devised a way of growing grass inside the house under infrared light. We grow it in squares. After Asar, we take the squares with the more established roots outside, so that they can benefit from the half-light, then the moonlight. After Fajar, while the sun is rising and dew forming, we can walk barefoot across our dew kissed squares. We bring them inside before the sun gets too hot, and then turn the infrared lights on from Zohar until Asar. The sweet smell of grass fills the house in the mid-afternoon heat while we sleep. As things have become loud again, we have taken up twirling. It makes us light. And what goes around comes around.

Eating Grass was originally written as a script for an allegorical, experimental film under the same title (2003), shot on 16mm, encompassing five stories relating to the times of day allocated for Muslim prayer. Filmed in London, Karachi and Lahore, the film explores the overlap of time, memory and place. The shadows cast by the sun become emotional triggers in the day of a young woman as her present is continually enmeshed within the past and her present love. The title is a reference to a quote, made by president Zulfiqar Ali Bhutto of Pakistan, who in response to Indiaâ&amp;#x20AC;&amp;#x2122;s exploding of a nuclear device in the early 1970s, promised the Pakistani people that they too would have their own nuclear weapon at all cost, even if it meant â&amp;#x20AC;&amp;#x153;eating grassâ&amp;#x20AC;?.

Eating Grass was originally written as a script for an allegorical, experimental film under the same title (2003), shot on 16mm, encompassing five stories relating to the times of day allocated for Muslim prayer. Filmed in London, Karachi and Lahore, the film explores the overlap of time, memory and place. The shadows cast by the sun become emotional trigers in the day of a young woman as her present is continually enmeshed within the past and her present love. The title is a reference to a quote, made by president Zulfiqar Ali Bhutto of Pakistan, who in response to India’s exploding of a nuclear device in the early 1970s, promised the Pakistani people that they too would have their own nuclear weapon at all cost, even if it meant “eating grass”.