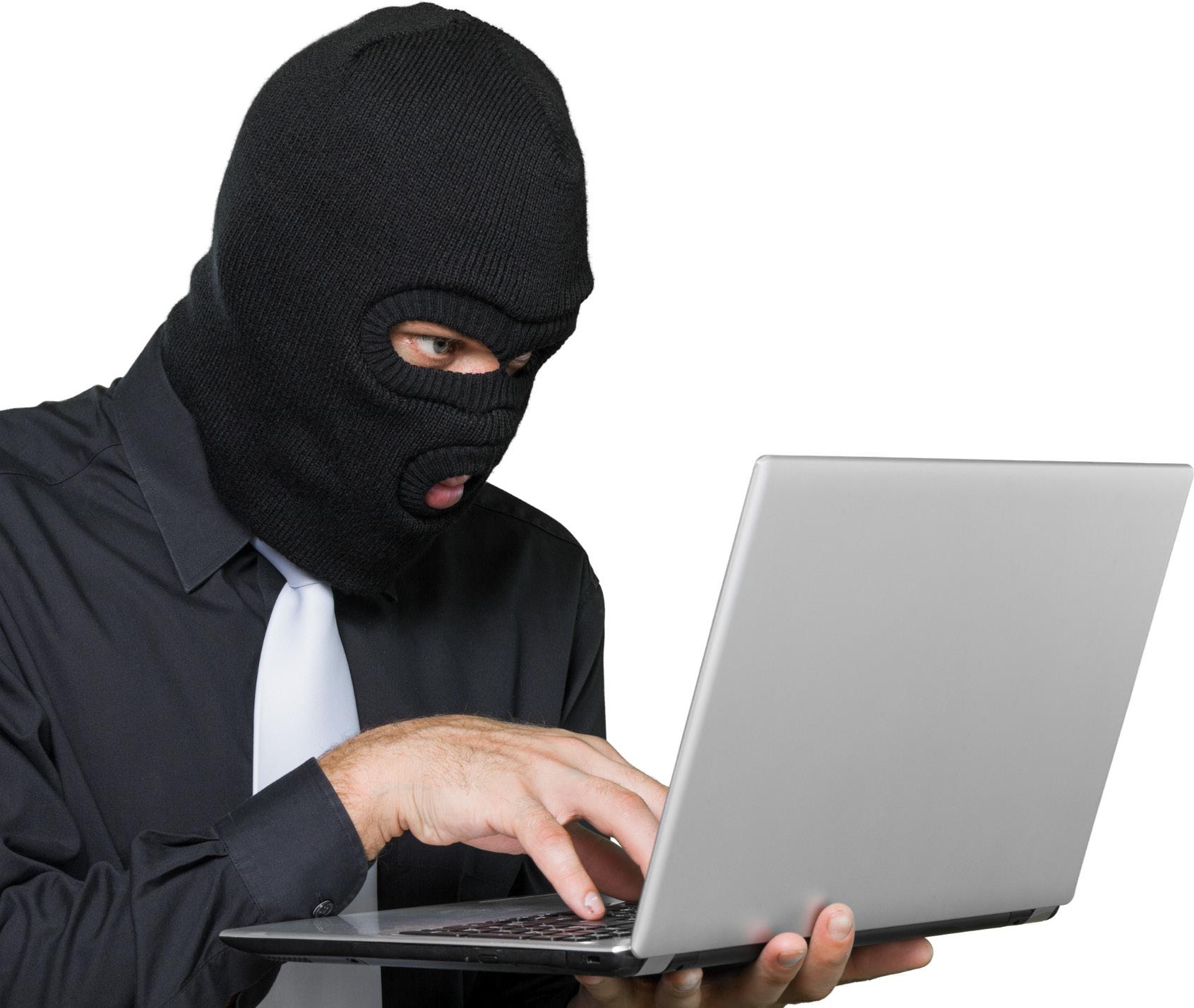 It was 3 AM when the house shook. Then glass broke and the power went off. Just like a horror movie, that is how the ordeal began more than three years ago for a Nova Scotia family whose home collapsed into a sinkhole, crushing their dreams, and nearly their lives.

Heather Strickey and her teenage daughter experienced that terrifying reality in the early hours of September 3, 2017. They were in their Falmouth home on Mountain View Drive about 65 kilometres northwest of Halifax in the Annapolis Valley. Her husband, Chris Strickey, and their other child were away on a father-daughter trip that Labour day weekend. They returned to find themselves homeless.

Terrified by the house's unexpected movements, Heather grabbed her phone, hid in the bathroom with her daughter and dialed 911. “I called and told the operator what was happening,” she said, recollecting those frightening moments. “I am pretty sure there are intruders in our house.”

Relaying the conversation from the police to Heather, the 911 operator said "it's a sinkhole. You need to get out of your house immediately. Only grab the most important things and get out.” At that moment, Heather had no idea that the family would never return.

Overnight, the Strickeys lost their entire home, personal items, and memories to a nine-meter-deep sinkhole. The terrifying incident was compounded when the family’s insurance company, Wawanesa Mutual Insurance, denied them coverage citing that “earth movement” or settlement was not covered in their plan.

Both Heather and Chris work at King’s-Edgehill School, a private co-educational institution in the neighbouring town of Windsor. After temporary stays with friends and family for ten months, the school responded to the family’s plight and offered them temporary residence while they sorted out the ordeal. Shouldered with mortgage payments on a $500,000 home that was eventually torn down in 2018, the family remains to this day in a small apartment on campus.

After years of seeking answers, compensation, and a return to a normal life, the Strickeys find themselves running out of options. The family continues to wonder whether there were any warning signs for a sinkhole and who should be accountable. The only clarity they have is that seemingly, all protections afforded to them as consumers have failed.

Sinkholes are sudden depressions of earth formed from changes in soil density. The province of Nova Scotia has a large land area near the former Strickey home that is at risk of sinkholes from karst topography, which is created by the dissolution of soluble rocks such as limestone and gypsum.

In an attempt to navigate the complexity of this issue, The Registrar contacted the provincial government. “Where buildings are permitted to be built is a planning issue [and] that is generally decided by a municipality,” said Krista Higdon, Media Relations Advisor for the Department of Municipal Affairs and Housing and the Office of the Fire Marshall.

Higdon explained to The Registrar that for homes and small buildings the only need for an assessment is if there are known problems in the area or if a building official noted some abnormalities during a so-called footing inspection, which is designed to ensure a home’s foundation will bear the load of the building.

However, the Windsor-West Hants Regional Municipality has rejected any responsibility because the statute of limitation afforded to homeowners had passed. According to the Municipal Government Act, “the Limitation of Actions Act or another statute, a municipality or a village and its officers and employees are not liable for a loss as a result of an inspection or failure to inspect, if the claim is made more than six years after the date of the application for the permit in relation to which the inspection was required.”

“Technical issues aside, this is a tragic situation, and my heartfelt thoughts are with the family,” said Melissa Peneycad, Managing Director of the Washington, DC-based Institute for Sustainable Infrastructure. An authority on environmental sustainability who assesses billions of dollars of infrastructure projects in the US, Canada, and around the world, Peneycad contends that the possibility exists that at the time of the home’s construction, the risk of a sinkhole might not have existed or even been explored.

“When a development is being planned, risks of sinkholes can be reduced by thoroughly investigating the karst potential of the area and determining appropriate mitigation measures based on the level of risk. While many sinkholes are created by natural processes, many more are induced by human activity. If human activity, or the failure to investigate the karst potential of the area is to blame for this tragedy, then this family and other consumers in Nova Scotia or anywhere that karst topography is present are at risk.”

Peneycad added that human activities such as the overuse of groundwater causing the water table to drop, drilling, mining, broken underground pipes, improper grading or other activities that can alter natural surface water run-off and infiltration can contribute to the emergence of new sinkholes. Nova Scotia is known for its karst topography. In recent months, there have been multiple cases of sinkholes damaging properties in other parts of Nova Scotia, including a recent collapse in the community of Oxford. Often, no prior warnings exist for a sinkhole until the soil collapses. Though gradual slumping or sagging structures such as doors may be indicators, these can also occur in non-karst areas and are therefore not definitive signs of an impending collapse.

Building in karst environments is risky. Larger infrastructure projects such as schools and shopping centres receive greater scrutiny before and during construction to help mitigate the possibility of sinkholes. However, unless consumers exercise their due diligence, private residences such as the Strickey’s are not necessarily examined with the same rigour.

When asked whether an engineer, geologist or geoscientist would have signed off on the land to clear it for development, he said, “it depends on what was asked by the municipality,” adding that various entities often request soil tests. “Ultimately, it’s up to the municipality when they issued the permits what they need in terms of information to satisfy the regulations or the bylaws of the municipality.”

Mann acknowledged that consumers should be more aware of the risks and make informed choices before purchasing property. Yet, in a province where karst landscape is abundant, public awareness is limited. Few consumers, in Nova Scotia or elsewhere, are proactively informed about the risks.

Wawanesa Mutual Insurance Company refused to disclose the details of the case, citing the obligation to protect the interests and privacy of its policyholders. “For this reason, we do not publicly comment on the specifics of any claim, nor do we discuss matters currently under dispute,” said Brad Hartle, senior communications specialist.

“With regard to specific risks in different areas of Canada, we only distribute our insurance products through independent insurance brokers, who are experts in risk management and advocate for consumers across Canada. Not all risks are insurable,” Hartle replied to a question about whether a specific plan existed to protect homeowners.

The Registrar contacted the Insurance Brokers Association of Nova Scotia about the availability of sinkhole insurance. The association representing insurance professionals in the province would not respond to requests for information.

Wawanesa referred The Registrar to the Financial Consumer Agency of Canada (FCAC), which oversees federally regulated financial entities. The FCAC recommended that The Registrar contact the Insurance Bureau of Canada, which did not respond to requests for an interview.

Nova Scotia does not stand alone as a sinkhole-prone jurisdiction. “It’s a natural phenomenon that occurs around the world,” said John Drage, a Senior Geologist/Hydrologist with the Nova Scotia Department of Lands and Forestry.

“There are established methods for reducing sinkhole risks, and they start right at the planning stages.” Drage added that once construction is complete, ongoing monitoring and maintenance are required.

This case is one that illustrates how, despite all perceived protections afforded by insurance companies and best efforts by regulatory organizations to serve the public interest, consumers may still be at risk. “Honestly, it is so hard…we have no idea what to do,” said Heather Strickey. “I was shocked to learn that we weren’t covered by Wawanesa as we asked for full coverage, there was nothing in our policy to exclude a sinkhole. Now, Chris and I have no idea about when or if we will ever be able to retire. We lost everything. Our investments were our house.” The Strickeys have retained legal counsel and are considering their options.

While this Nova Scotia family continues to navigate the traumatic experience that haunts them almost four years later, their story serves as an important lesson to all home builders and homeowners about the risks of sinkholes: Do your homework. Examine the risks before you buy or build. Obtain municipal records and get second opinions.

“After the [sinkhole] event, you’re just trying to find out who should pay money to solve this issue,” noted Pal Mann at Engineers Nova Scotia. “And everyone is going to argue why someone else should have done something in that event.”