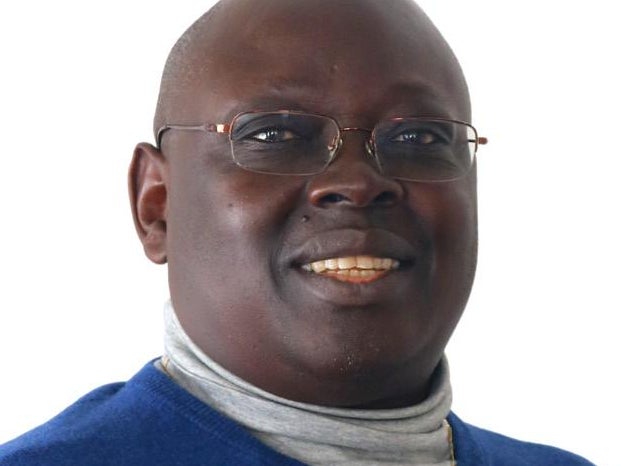 GEORGE DRAMETU: From Humble Be...

By Leah Golob | The Registrar

Fraudsters are increasingly targeting consumers in cyberspace amid the COVID-19 pandemic as more Canadians turn to online shopping and digital tools and platforms.

Last year, Canadians reported losing over $106.4 million to fraud — of that amount, $62.6 million came from online scams, according to the Canadian Anti-Fraud Centre (CAFC). That’s up from $56.8 million in 2019.

Given that only approximately five per cent of fraud is reported, Canadians are likely losing much more money than the statistics suggest. And with those low reporting numbers, it can be a challenge for law enforcement agencies to keep on top of fraud and collect the evidence needed to catch perpetrators and warn the public about ongoing scams.

To raise awareness, the Competition Bureau is teaming up with the Royal Canadian Mounted Police and CAFC during the month of March for Fraud Prevention Month (FPM), now in its 17th year. The idea is to bring together the expertise of these organizations and recruit others in the fight against fraud across the country. More than 60 Canadian organizations are participating, ranging from consumer and volunteer groups, government agencies, police services and enforcement organizations to private companies.

The evolution of fraud

FPM initially launched back in 2004, with the hope of helping Canadians recognize and avoid scams, and has since become an annual event.

Back then, the Bureau was primarily focused on deceptive telemarketing, fraudulent sweepstakes or lottery winnings, and fake job opportunities, Palumbo says. Some of those scams from the early 2000s are still around today.

However, due to the rapidly growing digital economy, Canadians have been facing newer scams, such as subscription traps, non-delivery of products, fake online reviews and more.

Given how fast the digital economy is growing — in fact, 30 per cent faster than the overall economy from 2010 to 2017 — this year’s campaign will focus on digital scams, says Palumbo.

“That explosive growth means that digital is now more important to our economy than many of the more traditional sectors,” she noted.

The dangers of digital fraud

While at the start of the pandemic certain types of fraud, such as telephone scams, experienced a decline because many fraud call centre operations were shut down due to social distancing, other types of fraud rose, particularly phishing scams via text messaging or email, says Jeff Thomson, senior RCMP intelligence analyst at the CAFC.

For example, Canadians may see messages from someone claiming to be the World Health Organization stating that the recipient has been in close contact with someone who has tested positive for COVID-19. The message then asks the recipient to fill out an attached form, which fraudsters use to scam unsuspecting respondents. Some of these fraudsters can also pose as government institutions, and there have been some scams related to COVID-19 financial relief.

With the rise of e-commerce, there’s also been an increase in phishing scams. In these scenarios, scamsters  ask people to update their profiles on online shopping sites or view an attached receipt of a recent purchase — even if they haven’t bought anything or don’t have an account with the re- tailer. They’re designed to trick people into clicking on attachments or links, allowing the scamsters access to sensitive information or email accounts.

“They’re very sophisticated in the sense that it looks like they’re coming from a legitimate organization, institution, or government agency,” Thomson said.

Phishing is the preparatory phase of an identity theft crime where fraudsters are trying to gather personal and financial information to be used for further fraud, he explains.

Depending on the type of information fraudsters acquire, they can create fake IDs to open up new accounts in the victim’s name, such as credit cards, bank accounts, loan applications and more.

“At the end of the day, they’re capturing all the necessary information to further other frauds,” Thomson said.

One such fraud seen in the news lately is credential stuffing, where fraudsters harvest usernames and passwords from the links Canadians are clicking on.

“With that information, they can start punching it into other websites that have log-in credentials, such as banking and government websites, hoping that you use the same username and password across various accounts,” Thomson explained.

To combat fraud, raising awareness is key. While traditionally people have thought that only certain demographics are vulnerable to fraud, anyone can become a target, whether they’re a teenager, senior, or anything in between. Likewise, large corporations can fall victim to fraud as much as everyday consumers.

In this year’s effort to connect with Canadians, the Bureau plans to leverage social media to post fraud prevention tips, links and videos using the hashtag #FPM2021. They’ll also continue promoting The Little Black Book of Scams, an online resource with tips to recognize, reject and report fraud.

“The more educated Canadians are about the various types of scams, the better they can protect themselves,” Palumbo said.

The Ontario Securities Commission (OSC) will be another participant this year, emphasizing that investors are often targeted and can sometimes wind up investing their life savings in these scams.

“We wanted to take a stand and provide the educational resources for investors to better prepare themselves during these difficult times,” said Raj Balasubramanian, manager of investor engagement and outreach at the OSC.

“COVID-19 has impacted everybody’s lives — some more than others. People are very vulnerable.”

On March 10th, the OSC will hold a town hall that anyone can join or call into (similar to a radio show) to learn more about some of the COVID-19 related frauds and scams and how people can better protect themselves. Like the Bureau, the OSC will also be turning to social media and participating in a Twitter chat with its partners.

Pre-COVID-19, the OSC used to travel the province delivering free investor seminars on fraud prevention with accompanying resources. Now that it’s no longer safe to do in-person, the body is hosting these workshops virtually, while working with local community organizations to deliver them.

With these education offerings, the Competition Bureau and its partners hope more Canadians begin to report the fraud that they—  or someone they know —  encounter. Depending on the type of fraud occurring, some people may feel shame or stigma about the experience, and avoid reporting the incidence, Thomson says. But that information is important intelligence that can help the CAFC and other agencies to provide operational support.

If you, or someone you know, has fallen victim to fraud or been contacted by a scammer, the Bureau asks that you report it directly to them or the CAFC.

A full list of partners participating in fraud month is available here: https://www.competitionbureau.gc.ca/eic/site/cb-bc.nsf/eng/01842.html