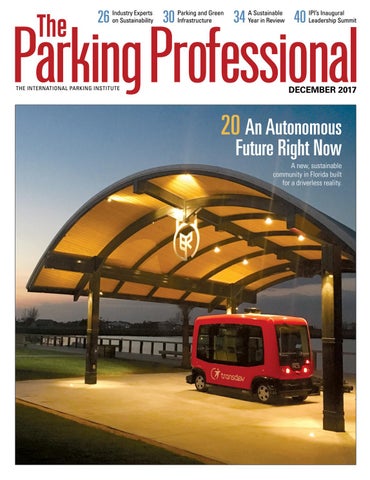 A Sustainable Year in Review

A new, sustainable community in Florida built for a driverless reality.

he tour of your new neighborhood begins on an eightpassenger, electric, autonomous shuttle. You settle in and enjoy watching the scenery go by outside—houses and townhouses, shops and restaurants, offices and parks, and the massive solar farm that powers it all. When you reach the edge of phase 1, the shuttle’s windows blink for a second and then shift over to virtual reality that shows you what phase 2 will look like in real time as the vehicle moves along. On move-in day, you unpack boxes and shift furniture and then summon another driverless vehicle with your smartphone. This car whisks you to one of the restaurants you saw on your tour. As the hostess shows you to a table, the car figures out how much time you’ll need for dinner and responds to other calls from your new neighbors while you eat. By the time you pay your check, the car is back to take you home. Along the way, you return emails, scan headlines, and pull up an app and schedule a trip in that same driverless car to the grocery store for the morning and the post office later in the day. It’s the kind of future planners and transportation experts say is coming. But this isn’t theoretical. This is the very real Babcock Ranch, a sustainable, 18,000-acre community outside Ft. Myers, Fla., that is solar-powered, home to the world’s first shared autonomous vehicle network, wholly sustainable, and designed to get people to give up their cars without a whimper. It’ll welcome the first of its 50,000 residents next year. That vision of a community whose residents don’t need or want personal vehicles? It’s here.

Babcock Ranch will house 50,000 residents with an infrastructure based on solar power, electric autonomous vehicles, and transit as a service. Its first phase is about to open. By Kim Fernandez

The Idea Lawrence Burns has worked on, written about, and researched the future of transportation for a long time—11 years as corporate vice president of research and development and strategic planning for General Motors, three years directing the sustainable mobility program at Columbia University, several years consulting with Waymo (formerly Google Self-Driving Cars), and writing a book about the future of personal transportation, among other things. He says Babcock Ranch, of which he’s a principal planner, represents a transportation milestone. “A really interesting thing happened during the darkest age of the automobile, which was about 2001–2011,” he says. “You had electric vehicles moving forward with Tesla, autonomous vehicles moving forward with Google, and a different model happening with Uber and Lyft. We’re seeing a new age of automobility at the intersection of those three circles. For the first time in a century, we have the chance to do something different.” That’s exactly what he and his partners set out to do. They have what they believe is a distinct advantage in Babcock Ranch—there is no existing infrastructure based on gas-powered, personally owned vehicles. The 19,000-home community is being built with fewer parking spaces, fewer lots, and on a foundational concept that people moving in will almost immediately be convinced to give up at least one of their cars. This neighborhood simply isn’t designed for that lifestyle. “Our society has made an infrastructure in which parking is very, very interesting,” says Burns. “It’s motivated by economics. The closer a parking spot is to where a person wants to go, the more likely it is they’ll pay for it. Premium spaces in downtown areas cost more. Huge pieces of land go with stores and businesses to accommodate that, and there’s a big opportunity cost in that sort of development. People park close to one destination, but they still have to walk farther or move their cars to get to the next, and so it becomes a barrier to getting to the next place. Parking has become a very, very big part of the story.” A Columbia University study worked to find out how

many one- or two-person electric vehicles a city such as Ann Arbor, Mich., or New York, N.Y., would need to accommodate all of the trips taken by people and how much that system would cost to implement. “Today’s cost of those trips is $1 to $1.60 per mile,” says Burns. Implementing shared autonomous vehicles takes that down to about $.25. “That’s door to door, not parking spot to parking spot,” he says. “And they get their time back when they’re in the car and figure out that maybe they don’t have to take all of those trips. So this convinced me back in 2013 of this theory—that it would work.” Burns was part of the team that developed the EN-V, a two-seat, electric vehicle developed by Segway and General Motors designed to operate with or without a

driver and either as a single vehicle or in a chain, with multiple vehicles communicating and following each other. The EN-V was designed as part of a project to reimagine a city like Shanghai, China, in 2030, with a goal toward a better overall quality of life. And out of all of that came some of the ideas for Babcock Ranch.

The Property Syd Kitson, chairman and CEO of Kitson & Partners, set the wheels for Babcock Ranch in motion in 2006, purchasing a 91,000-acre ranch from the Babcock family and splitting it up two ways: 73,000 acres were sold to the state for preservation and 18,000 acres were kept by

the company to become a sustainable community that would be the perfect neighbor to such a large preserve. Fifty percent of the developed land will be green space, and 440 acres host a solar energy center that houses more than 300,000 solar panels—enough to generate 74.5 megawatts of solar energy. A natural gas power plant will provide energy at night. Kimley-Horn provided master planning, roadway design, and other services during development, and Burns went to work on making

transportation as autonomous and solar-powered electric as possible. “We put out a call,” he says. “What if we could put together a transit service that was both good enough inside the ranch and could get you outside to Ft. Myers or another city when you needed to go there? We had more than 20 companies respond.” They signed an agreement with Transdev to launch the first autonomous shuttle service in North America and transform Babcock Ranch into the first living laboratory for shared, autonomous transit as a service (TAAS). In time, residents will use these vehicles to get around day-to-day, with the option to rent vehicles when they need to and to use a ride-sharing system based on an Uber-like platform, but with neighbors they already know providing the rides. “Residents will find they don’t need two or three cars,” says Burns. “They’ll only need one. So if they’ve picked a home that has a second garage space, that can easily be converted into another room, a workshop, or whatever they want it to be. This is a walkable, dense community. The less land we have to commit to parking, the more that will reinforce itself.”

have strong relationships between the builders and our residents,” he says. “We’re not doing things unilaterally. There’s a speed at which we can try things out and find the value sweet spot. So we’ll have residents come back and tell us, ‘I’ll give up my second and third car once you reach this specific capability.’”

KIM FERNANDEZ is IPI’s director of publications and editor of The Parking Professional. She can be reached at fernandez@parking.org.

That’s not to say there won’t be parking. “I think the role of parking is going to change,” says Burns. “Even if you’re using a shared fleet, they’ll need to wait and stage occasionally when they’re not in use. Owned vehicles need a place to wait while you’re at your destination. So the economics will change. If you have a dedicated-use autonomous vehicle, you’ll get to the office and open the car door and the vehicle will know where to go behind the scenes to wait for you. If it knows you’re going to be there for several hours, it can go three miles away to a less expensive parking area. If you’re only there for a little while, it can go next door. Or maybe it can go to be recharged or get maintenance or be cleaned, and not just sit parked.” Because Babcock Ranch is being built from the undeveloped ground up, it can be designed to do all of that—developers aren’t fitting new mobility theories into an existing infrastructure. “The beauty of building on a greenfield instead of a brownfield is that we have this extraordinary opportunity to build a living, learning laboratory and put it into the hands of real people and see if they like it,” says Burns. “We can get more value as generation two and then generations three and four move in. Another beauty is that unlike a lot of cities, we don’t have to deal with a lot of different interest groups—there is no mayor, no city council, no business owners. Those different demographics and political constituents can make this sort of thing hard.” At the same time, input is key. “We are clearly going to

“We’ll have people tell us that they tried something last week and it wasn’t good enough,” he continues. “But then they’ll tell us that if we try something this way, they’ll give up their car and this is what they’re willing to pay.” Babcock Ranch, unlike many planned communities in Florida, will not be gated. That’s by design. “We want to be a mixed-generational campus with integrated mobility services,” says Burns. “It won’t be any one mode, but with a single app and a single brand and a single customer relationship, we’ll make sure that a diverse set of people who want to move around in the community can do that with a safe, affordable, responsive mobility system at their disposal.” Parking, he says, will absolutely have a large part to play. “When you build a shared fleet, you size it to your rush hour,” he says. “So during a chunk of the day, part of your fleet will be sitting around not being used. You want those vehicles in the best locations possible in anticipation of the next ride you’re going to give. So it’s like ambulance and fire services in that way, and pieces of land will be really important to those shared operators. “Services like Uber and Lyft need to drop people at the curb, so there’s parking at the curb that occupies this piece of roadway for this instance of time,” he says. “But using GPS, I can do a real-time poll where parking becomes not just a static thing in a well-defined spot, but a dynamic, real-time phenomenon.” And while conventional wisdom says the millennial generation will be the one to back all of this, Burns says there’s another societal cohort for whom it may be even more important. “A very scary thing for a person who’s getting older is giving up their freedom to get around,” he says. “This is mixed-use and multi-generational. This is a home, and people want to age in their communities.” Giving up a car or a license, in other words, simply won’t matter— Babcock Ranch is designed to be sure of it. Now go back to the beginning—to that tour of the property on an autonomous vehicle with virtual-reality windows. Fantastic, right? Well, the virtual reality part is well in development, and those autonomous shuttles began making their first test runs on real roads in a real community built on the theories of sustainability and transit as a service this month. The future is here, and it appears to be in Florida. For more information, visit babcockranch.com. 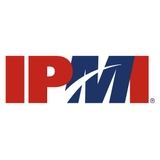