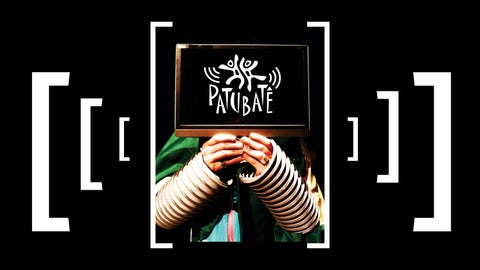 PATUBATÊ 18 Years of Sound and Movement A group of artists and performers from Brasília creates quality music from the construction of instruments with unusual materials and objects, from which they distill innovative timbres and sounds.

Maracatu, Samba, Frevo, Funk, Baião, Ijexá, Carimbó, and many other

styles with the firm pulse of electronic beats, these are some of the rhythms that drive the performances by PATUBATÊ.

With their work in line with Hermeto Pascoal and foreign groups such as the Blue Man Group and Stomp, PATUBATĂ&#x160; has captivated crowds in 20 countries throughout the four continents they have played. Avant-garde performances combined with the traditional rhythms of Brazilian music make up a cultural melting pot for an international event.

of the group, take the stage as great artists and deliver sound quality and precision. All of the musical numbers played are choreographed and colored by the handling of instruments that run from fire extinguishers to large plastic barrels, from shiny metal buckets to blacksmithing grinders, in dynamic performances that mesmerize the audiences.

The work of these musicians, who develop art, entertainment, and

environmental awareness for their use of disposable materials in the makeup of their instruments, break through the barriers of great stages, as well as in corporate and private events.

supporting the growth and professionalization of new talents through workshops

Among some of the main international events in which the group has taken part are Rock in Rio Lisbon, Portugal, and Madrid, Spain, in 2008, o the Lusofonia in China Festival in Macao, in 2011, Goal to Brazil in New York, USA, in 2013, and the World Percussion Festival in New Delhi, Ă?ndia, in 2013.

been to faraway places, but they have also visited every single state in Brazil for both solo tours and large festivals. Most recently, they toured the Rio 2016 Olympic and

around 329 cities across the country, and played in the Olympic Park during the games.

Recorded at the National Stadium of Mané Garrincha, in Brasília, still under construction.

around Brasil, Europe and the USA.

The Art of Recycling People 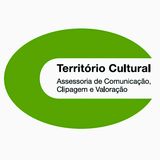 PATUBATÊ - 18 Years of Sound and Movement A group of artists and performers from Brasília creates quality music from the construction of ins...

PATUBATÊ - 18 Years of Sound and Movement A group of artists and performers from Brasília creates quality music from the construction of ins...