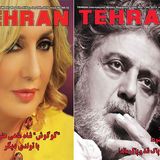 Tehran Magazine is the leading Persian-Language weekly magazine in the United States and around the world. Mr. Shahbod Noori is the Founder and Executive Director of the publishing company. In 1989 he published the first 24- page Original Bazaar Weekly. The Original Bazaar Weekly was the first free classified and a display advertising paper published for the Iranian community in Southern California. In 2017, after 21 years, Tehran Magazine has become one of the most popular and powerful FREE Iranian magazines in the United States and around the world. Although it mainly focuses on California, the magazine covers the United States, Canada, Europe, Asia, Australia and Middle East, as well. (818) 881-1771 To advertise on Tehran Magazine, please contact us via email: Tehranmagazine@gmail.com