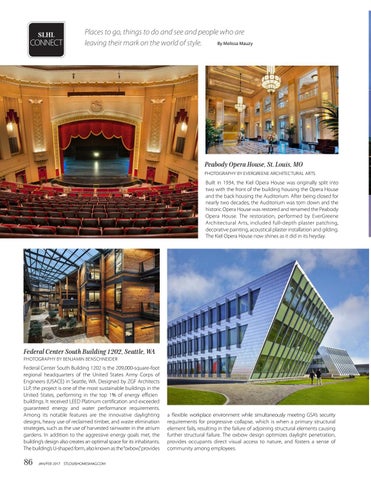 Places to go, things to do and see and people who are By Melissa Mauzy leaving their mark on the world of style.

Federal Center South Building 1202 is the 209,000-square-foot regional headquarters of the United States Army Corps of Engineers (USACE) in Seattle, WA. Designed by ZGF Architects LLP, the project is one of the most sustainable buildings in the United States, performing in the top 1% of energy efficien buildings. It received LEED Platinum certification and exceeded guaranteed energy and water performance requirements. Among its notable features are the innovative daylighting designs, heavy use of reclaimed timber, and waste elimination strategies, such as the use of harvested rainwater in the atrium gardens. In addition to the aggressive energy goals met, the building’s design also creates an optimal space for its inhabitants. The building’s U-shaped form, also known as the “oxbow,” provides 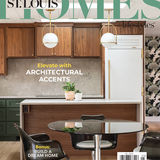