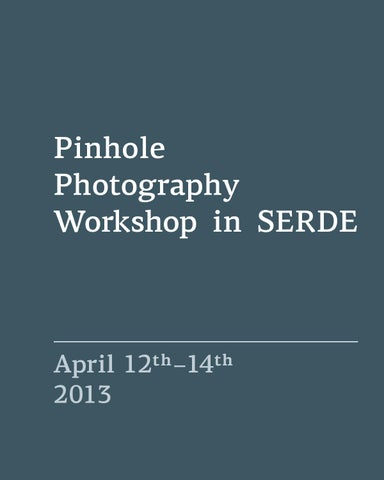 image 1: Marcis, ready for questions; image 2: Painting the insides of the cameras black (to reduce reflections)

image 1: A pinhole camera in the street ready to take a picture; image 2: Calculating exposure times

image 1: Developing a print in the darkroom; image 2: A negative image produced by one of the cameras, drying

image 1: A pause in the darkroom to wash equipment and replenish chemicals; image 2: Checking the final results

ERDE’s Spring Pinhole Camera workshop was held on the 12th, 13th and 14th april 2013 with more then 20 participants from half a dozen European countries. The workshop was lead by Marcis Bendiks, one of Latvia’s leading photographers, and used SERDE’s photo-studio and darkroom for both the theoretical and practical side. The participants received a refresher lecture on the basics of photography, which led into further, deeper, discussion about the nature of light itself as it relates to pinhole photography. This information was then used by participants to help them design and build their pinhole cameras, which ranged in size from a matchbox to a box 1 metre square. All the required materials, boxes, black paint, copper foil, tape, knives, needles, etc., were provided by SERDE. Further challenges were the unseasonably dull weather, and low temperatures in the darkroom making the chemicals difficult to work with, although both problems were over-

come by Marcis’ experience and knowledge. Participants were able to make more than one camera and to take numerous pinhole pictures over the 3 days, learning about their cameras and refining their techniques as they want. There was an unusually high success rate for a workshop dealing with this ‘experimental’ technique – something like 80% of the pictures came out well, and everyone came away with several good pictures. The choice of which pictures to include in the final exhibition was very difficult! 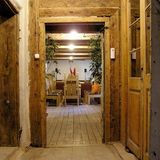