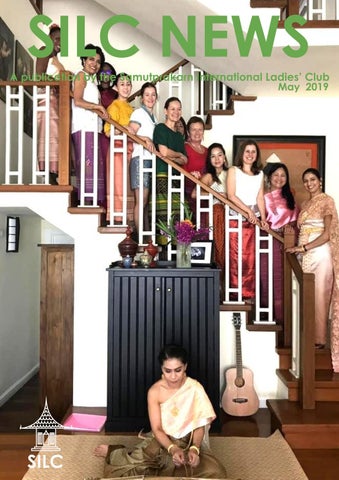 AGM MINUTES SILC AGM - Wednesday 24th April - Bangkok Patana School Attendees: There were 37 members at the meeting with 78 proxy votes sent in through email (counted on 23/4/19). 1.

Welcome Silc’s Chair - Tracey, welcomed everyone to the meeting.

Approval of last minutes The 2018 AGM minutes were approved. These had been sent to all members via the newsletter and email after the 2018 AGM.

Committee Reports Tracey gave the floor to SILC’s committee members to present on their areas of responsibility. Membership. Aakriti highlighted that more new members joined SILC this last year than any other year before with a record of 89 new members! Additionally she explained that SILC had ‘gone green’ and now has a fully automated method for applying for membership using an online form and transferring of membership funds directly into the SILC account. Fundraising Tracey elaborated on the two main fundraisers of the year. ● ●

The 2018 Silc Bazaar which was an immense success that raised THB 241,078 Think Pink - A Breast Cancer awareness project which was a joint venture between SILC and Bangkok Patana’s PTG. This too was a success which raised THB 162, 792 donated directly to Queen Sirikit Hospital.

Communications Charlotte discussed the success achieved in communications by the decision to move SILC’s magazine from print to digital. The digital magazine is getting up to 230 reads per month. She also highlighted that so far in 2019 the SILC website has enjoyed 5x more visits than in previous years. And that Facebook is currently the best way to communicate with members. Activities Jimmy, together with supporting members in the activities team, presented on the array of various and varied activities that SILC organized for the enjoyment of the membership.

Community Projects Laura presented on each individual project that SILC supports, highlighting the exact type of support SILC gives; be it financially or by providing services through the wonderful volunteer work of the members. Some of the projects include: teaching English at SILC supported schools, Craft Programs, Oil Runs to the slums and visits to the Immigration Detention Centre. Laura also invited more members to volunteer their time if they can, to increase support in these projects. Finances & Treasury Lililya walked members through the annual finance report which was sent out to all members prior to the AGM. The report showed that SILC is currently in possession of a healthy bank balance as well as explaining how SILCâ&#x20AC;&#x2122;s income from its various avenues is appropriated. A question was raised by Antje on why given that membership is 1000 thb per member that the amount shown for membership income was slightly less than this. Liliya went on to explain that a reduced membership fee of 500thb is offered if someone joins from February in each year. Additionally we have 3 honorary members who do not pay membership. These ladies are founding members. 4.

Thanks Tracey extended thanks to the outgoing Committee members and also to all members who have helped out with SILC activities during the year. A special thanks was extended to Alex & Herma who have given years of their time in SILC projects, but who will now be moving on to other things. Tracey also extended a special mention to Liliya, Trijinie and Barbara who are sadly leaving SILC and Bangkok at the end of June.

Amended Constitution A draft amended Constitution was sent out to all members prior to the meeting. Tracey talked through the proposed amendments for the half yearly membership to commence in February and approval was given by all attendees.

Questions Barbara raised a question concerning the legitimacy of our Chair serving a 3rd term. It was explained that since no members have stood for the position, and since our constitution allows it, the membership is happy and grateful to have a Chair willing to serve once more.

A NIGHT OUT AT THE PAINTBAR

GIVEN MAHJONG A GO YET?

TIME TO GO BACK TO EXCERCISE!! Aqua aerobics 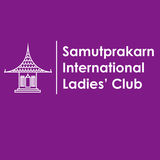