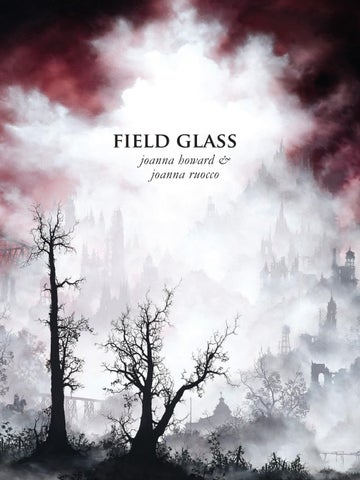 ‘Eliminating distance kills,’ Rene Char once said. When you endlessly increase the liberating power of the media, you bring what once was hidden by distance and the secret— which was distant and naturally foreign to each one of us —far too close; you then run the risk of reinventing, here and now, some kind of barbarism (barbaros = foreigner, one who does not speak the language). In other words, you run the risk of inventing the enemy. — Paul Virilio

There the insurgents made their soundless lair. Openings in the hedgerow were closed with frames made from the same material as the hedge. The occupied could close the leafy door, slip into fields and forest, and leave no trace of passing. On a sunny day a deserter could walk for hours and emerge from the bocage as pale as a spirit. Those who took to the fields hovered, sheltered, burrowed in open space, or insurgents kept off the advancing ranks by throwing stones. A fox hunt has been going on for some time â&amp;#x20AC;&amp;#x201D; human foxes and a motorized hunt. In compounds, in reserves, in a mall of houses, the occupied observe the war as if through soda lime, as if through a liquid state. Drive on, despite the broken bridge. It means a detour of about ten miles over practically impassable footpaths, the last mile through the bed of a stream, heavy vehicles waterlogged and discarded. Darkness, streets in ruins in rivulets; strewn with shells, fine chalk dust suspended in the air. Wander through the labyrinth of corridors and courtyards. The colporteur lies in the wallow, neck broken, surrounded by maps of the territories. That wallow was deeper once: a trench in the time of occupation. Water collected. The colporteur is half-mud himself, rotten as his maps. Here and there, the spines of books. Roots or chewed leather. Gelatin and silver. How many meters of plastic tape â&amp;#x20AC;&amp;#x201D; unspooled â&amp;#x20AC;&amp;#x201D; tangle now in thorns? In that time, the houses were behind the hedgerows, beyond the trenches, obscured in the middle realm between the landings and the stations, that forest that was a town that was an outpost. Is it resistance if disguised as trees? When the forest exploded, there stood revealed a swarming mass of men. Then they stood no longer.

Of those who received a signal — a warning felt as static in the air or a hertz disturbing rhythms in the heart — and ran, some shapes remain, printed on the macadam in ash. Of those who received before even this forewarning a secret missive (inscribed on the molar of a rat; spelled with vapors in the air by drones controlled remotely), a love poem or ultimatum, a timetable of the patrols, a key to the bunkers (inside the fake oak, the bark of which, a rolled layer of corking, is marked by four ax strokes; along the stubble, beneath the third windrow from the combine with the feeder throat cut to half its length and leaking sorghum; up the ladder of the gantry crane; between the mitre gates in the dry canal; at the lock-keeper’s house, he is a friend; at the Consul’s house, he is a traitor) and tiptoed away in advance of every fire, nothing remains. They attained or they evaporated. Event dispatches outgoing to partitions, but beyond partitions? Communiqués moved through the cluster connection, in a round-robin, though no external events relayed back in sequence. Spooling and releasing, or collected to a central frame, an output overflow, transmission to a control pylon, to the panopticon? Where data is no longer “given” but is certainly collated? It is uncertain. Lingual scrap. Ringing the colporteur’s oddly angled head, a few yellow teeth but the dark runnels are wormholes and no message can be read. Inspected through the glass, worms passing through that dark perform a glottic writing. Decrease the distance. The parts of these letters subtend what angle at the eye? Refractive error or an error in the object. There is no corrective. The encryption is absolute.

[outstream] We gather the juice of the common kinds — dog’s tooth, knotgrass, coral wort — to be boiled in wine. Conditions fritter away in our gamble. Ivor jokes, his peculiar mode of feeling. A survivor of the maladies, his subject is ascribed in the telling. I jot briefly, follow the thread.

[outstream] What brought us here drives us out, but we remain. No more bread! Snows, and bitten by venomous creatures. The executioner lies unknown, and all jurisdiction is mere tactics. Home has lost its command. There must be a better way to interlocute? Fine, then, Iâ&amp;#x20AC;&amp;#x2122;ll do the job myself.

The kindling box is heaped with pieces of loose literature: Gringoire, revue of the liberate world, silence notebooks, The Workmanâ&amp;#x20AC;&amp;#x2122;s Tradewinds. Pre-war weeklies of virulent turn. I can sit for hours engaged in piecework. Fingers feed.

[outstream] Don’t linger, handsome eyes, by the highway sides, footpaths, hornet’s nest where knotgrass grows. Time seen as an image is time lost, a drifting wreckage, like the shipbuilders I recall from childhood. Shipwreckers more like. Second fiddle to clocks, no longer! Hourglass into lion’s paw. Daredevils. We dismount our vehicle. We inject a corrupting influence into these meadows, could they be described as such. The manhunt begins.

[spool release] Our mood is incurable. I wait to be relieved of it, like an animal in milk, until each day is shorter than the one that comes after. Iâ&amp;#x20AC;&amp;#x2122;ve never understood the ratios. All I know for certain is our position has not changed. The house is squared to the barn, the barn to the corn crib. We eat, smoke, drink but never visibly. As far as Ivor knows weâ&amp;#x20AC;&amp;#x2122;re motionless and unadorned: cornstalks unprepared to ear.

The snow is nocturnal. It broods inside the trees, comes out when the silence condenses on the darkened trunks. We tell stories around the centerpiece, roses in a pewter bowl. I speak directly to the mic in the corolla. I remember an attack at dawn, the sun above the waves, and on the shore an entire army that keeled over into dunes of shamming dead. A few soldiers dressed as ghosts, in residues, roamed bewildered in the surf or pushed sand above the tidal line into scarps and trenches sized for a generalâ&amp;#x20AC;&amp;#x2122;s model or childâ&amp;#x20AC;&amp;#x2122;s game. I am suggesting something similar. For example, all the bullets have grown a moss. The fish and sherry never quarrel. Here comes a cantaloupe escorted by a ripe Sauterne.