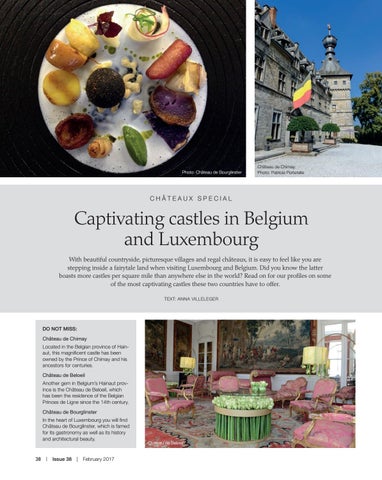 Captivating castles in Belgium and Luxembourg With beautiful countryside, picturesque villages and regal châteaux, it is easy to feel like you are stepping inside a fairytale land when visiting Luxembourg and Belgium. Did you know the latter boasts more castles per square mile than anywhere else in the world? Read on for our profiles on some of the most captivating castles these two countries have to offer. TEXT: ANNA VILLELEGER