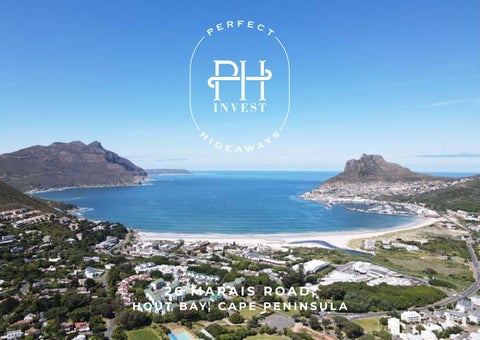 Hout Bay, Cape Peninsula Jan van Riebeeck described Hout Bay as having the most beautiful forests he had ever seen. The timber was used to help build the fort at Cape Town and the subsequent port that grew to become Cape Town city. Today Hout Bay still enjoys a rural atmosphere with several equestrian estates and small holdings in the valley. Popular as a seaside resort town with its unique location at the start of the Atlantic Seaboard and almost halfway between Cape Town and Cape Point, Houtbaai, named by Dutch explorers, literally translated means Wood Bay. Just a twenty minute drive from the Cape Town city centre, and only thirty minutes’ drive from most of Cape Town’s top attractions, 26 Marais is removed from the hustle and bustle, yet has all the convenience that urban living offers. The location is extremely accessible to the many desirable amenities, winelands, top restaurants and nearby beaches as well as some of the Cape’s best nature trails and walks. It’s an enticing combination to be part of the vibrant village life of Hout Bay, and at the same time reside in a sensitively planned, magnificently created eco estate. At 26 Marais, the evocative natural environment of craggy rock faces and sweeps of indigenous fynbos are the inspiration for the estate’s tread-lightly approach to building style, and this is exactly why designated architect Francois Geldenhuys was chosen – for his organic approach that places upmarket homes gently into the surrounding environment, with minimal disturbance. So, while each home will be as unique as the site on which it is built, Francois will create effortless cohesion and harmony between home designs. His style favours natural materials that blend rather than bother the surrounding environment, indigenous courtyard gardens that become an inside-outside space, and enchanting planted roofs. Since the development is on an incline, all homes will have full sea views of Hout Bay and the harbour as well as iconic Sentinel Peak in the foreground – along with sweeping ocean vistas all the way to Kommetjie lighthouse. Behind are the towering mountain views of the Baviaansberg on which 26 Marais Rd rests, and Little Lion’s Head is also visible to the West. Importantly the Estate is remarkably sheltered from the wind, and the arrow-straight palm tree growing on the property is testimony to this. In all, it’s a magnificent and unusual piece of earth in prestigious Scott Estate, Cape Town, South Africa. 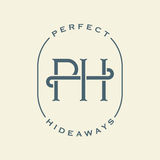