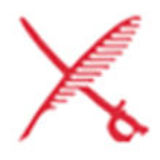 Over recent years the company has continued to grow and has added new imprints to its core area of military history. Pen & Sword specialise in all areas of military history, naval and maritime history, aviation, local history, family history, collectables and antiques, nostalgia and true crime.

With over 200 books published every year, Pen & Sword has established itself as a specialist book publisher.