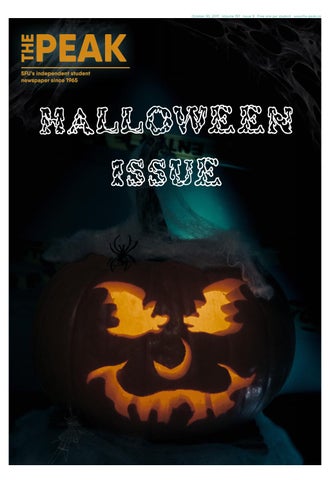 A LB U M REVIEWS

Miley Cyrus seems to mark each phase of her life with an album. From Bangerz, to Miley Cyrus &amp; Her Dead Petz, and now her newest release, Younger Now, her message, style, and sound has changed dramatically with each album. Miley’s first single, “Malibu,” lets us all know that she is switching things up once again, this time heading back to her country roots. This album is familiar. It is nothing ground-breaking, and arguably generic, but still a happy and love-filled album with a good balance of pop and country. The title track, “Younger Now,” embraces the changes Miley has undergone, from Hannah Montana, to her newer foam-finger toting, pot-smoking self. Most of the album plays with powerful and thoughtful messages, but it just skims the surface, making it sound stiff. With many romantic and enjoyably cheesy songs about Liam Hemsworth, along with “She&#39;s Not Him,” rumored to be about Stella Maxwell, with whom Miley had a short relationship, and “Younger Now” which introduces a side of Miley Cyrus never seen in an album before. Here’s to hoping she’ll continue with another, more authentic country-pop album next time around. – MB

Happy Death Day is one of the best blends of comedy and horror to hit the silver screen This film refuses to be defined by any single genre and is sure to surprise you If you’re looking for a movie that combines comedy and horror, Happy Death Day is perfect for you. I went into Happy Death Day without knowing anything about the movie except that it is a time loop movie, and it ended up being one of the best films I’ve seen this year! (Far better than Blade Runner 2049, which dragged on for longer than necessary). As mentioned, Happy Death Day is a time loop movie and the main character, Tree Gelbman, tries time and time again to prevent her own murder. Part way through the movie she discovers there is a limit on how many times the day will repeat, thus increasing the sense of urgency. Her murder becomes more brutal each time the day resets, and the impact from the murders carry over to the next repeated day. Although this is a slasher movie, it (intentionally) acts like more of a comedy than a horror film. The only scary moments are the murders; the rest of the plot, and characters aim to make this movie a comedy. Tree starts as a typical self-obsessed sorority girl. Her day constantly resets with her waking up after what she believes is a one-night stand

Written by Jennifer Russell, SFU Student with a nerdy college boy, Carter Davis. Tree originally responds with disgust and wants nothing to do with this boy, who she sees as beneath her. But as her day continuously resets, she teams up with Carter in her attempts to defeat her killer. In order to keep this review spoiler-free, I’ll just say that Tree’s confidence increases as she realizes she can do basically anything because nobody will remember the last version of the day, and she takes full advantage of the opportunity! This movie vaguely resembles Scream Queens in that it is a sorority-slasher movie that combines comedy and horror. Beyond the two main genres, which are aimed to entertain, this movie also presents a powerful message about family, stability, and girl power. Although primarily comedic, the movie becomes sentimental as Tree handles some family issues she had ignored. If you’re not into the sentiments, don’t worry — the movie quickly returns to comedy and even references Groundhog Day, a clear inspiration for the film (proving the writer, Scott Lobdell, doesn’t miss any opportunities for jokes). All I can say is go watch this movie — it will be an hour and a half well spent.

COZY TAPES VOL. 2: TOO COZY BY A$AP MOB New York rap collective A$AP Mob (founded by the late A$AP Yams) has been busy lately, releasing projects by two of its members in the past few months. Aside from A$AP Ferg’s Still Striving and A$AP Twelvyy’s 12, they still found the time to release a 17-track followup to last year’s Cozy Tapes Vol. 1. The second instalment in the series is significantly more bloated than its predecessor. This often proves its undoing; on top of the already large A$AP crew (Rocky, Ferg, Twlevyy, Ant, Nast, and TyY), Frank Ocean, ScHoolboy Q, Gucci Mane, Playboi Carti, Lil Yachty, Chief Keef, Joey Bada$$, and many more all contributed to Too Cozy. It’s a very busy album, often feeling like it could have benefited from some scaling back, but Too Cozy has its high points. A$AP Rocky, particularly, is at the top of his game, the guest verses (though large in number) are all pretty excellent. Tracks like “Bahamas,” “RAF,” and the Pro Era/Flatbush Zombies collaboration “What Happens” are among the most fun tracks you’ll hear this year. – NM

LUV IS RAGE 2 BY LIL UZI VERT 2015’s Luv Is Rage was my introduction to Lil Uzi Vert, and while it’s a project that’s mostly passed under the radar, it contains some of Uzi’s best work: any Uzi fan who hasn’t heard “Paradise” really ought to. It seemed like a somewhat obscure tape to make a sequel to, but Luv is Rage 2 follows in many of the melodic, rock-influenced elements of its predecessor, (rather than the more traditional trap elements of Uzi’s more recent work). Uzi is a part of the unconventional new school of hip hop, and he rejects many of the classic tenements of the genre. This is an artist who proclaims himself to be a rock star instead of a rapper, and cites Paramore’s Hayley Williams as his biggest artistic influence. Luv Is Rage 2, Uzi’s first commercial album, is also his best project to date. It’s an artistic, inventive record with significant input from the great Pharrell Williams, who helped Uzi totally rework the album over the past several months. It’s not a perfect album, and Uzi still has plenty of room to grow, but it’s easy to see why he’s one of the biggest artists in the world right now. – NM

SFU struggle in disappointing 2–1 loss to MSUB Even with the loss, the Clan is still first in the GNAC Andrew Ringer Sports Editor The Simon Fraser men’s soccer team went into Thursday&#39;s afternoon game against Montana State University Billings (MSUB) in Billings, Montana riding a five-game winning streak which saw them take sole possession of first place in the Great Northwest Athletic Conference (GNAC). The last two games saw Matteo Polisi score late goals against Western Washington and Saint Martin’s for two huge wins. Unfortunately, this trend came to an abrupt end in Montana, where they lost 2–1. Things started well for the Clan, however, as Mamadi Camara continued his run of strong form with a goal in the 30th minute. After winning the ball off of a MSUB defender, he dribbled into the box and slid the ball past the MSUB goalkeeper for his fourth goal of the season. This gave SFU a

1–0 lead, which would be short-lived as Guillaume Kremer scored a 25yard free kick for the Yellowjackets only eight minutes later. The teams would head into the half tied 1–1. In the second half, SFU had difficulty creating offensive chances, as they didn’t put their first attempt on net until a header from Camara was placed wide off of a corner in the 65th minute. Before then, however, MSUB took the lead after Victor Sanchez finished off a cross from six yards out. The Clan have not trailed often this season, but they were unable to even the score before the final whistle blew. As discussed on the CJSF Sports Report, Montana State is known for being a tough place to play. When asked about this, head coach Clint Schneider responded, “It’s a tough place to play because

we made it a tough place to play by not playing well.” The Clan attempted a total of six shots in the match with four of them on target, while the Yellowjackets attempted five shots with three on target. SFU also had the only two corners of the game, but were unable to capitalize on either attempt. After the game, Schneider told The Peak, “All aspects [of our game] have to be better.” Even with the loss, SFU is still in possession of first place in the GNAC. Their 6–2–1 conference record has them at 19 points, tied with Seattle Pacific (6–3–1, one more game played) and two points ahead of second place Western Washington (5–2–2). Three games remain on the season, with November 2’s matchup against Western Washington looking the most intriguing. As for what the men’s soccer team need to do in order to secure the title, Schneider kept it simple: “Win.”

Mamadi Camara scored the lone goal of the game for SFU, his fourth of the season.

Simon Fraser gets emotional 8–0 win over Saint Martin’s University Seniors Guerreiro, Biring, and Sandhu all get on the scoresheet in last game at Terry Fox Field Andrew Ringer Sports Editor After being mathematically eliminated from the Great Northwest Athletic Conference (GNAC) playoff race last week, this game was about one thing: the seniors. Mikaela Guerreiro, Kaely Biring, and Priya Sandhu — the three seniors on the team — were all honoured on Thursday night’s game as they took on Saint Martin’s University in the last home game of the season. To top it all off, they all contributed to the 8–0 victory. Guerreiro started the evening off as well as could be imagined, scoring her first goal of the season within the first minute off of an assist by Katelyn Erhardsen.

A few minutes later, SFU won themselves a penalty as Allyson Dickson was fouled within the penalty area. As a goalkeeper, saying Sandhu has had a limited amount of scoring chances in her SFU career would be an understatement. In her last home game ever, and with the game not meaning anything in terms of playoff chances, coach Annie Hamel elected to give her the opportunity of her career. Sandhu did not fail to capitalize, scoring her first goal of the season (and her career) five-and-a-half minutes into the last home game she would ever play for the Clan.

Priya Sandhu (99), Kaely Biring (19), and Mikaela Guerreiro (17) all played their last home game for the Clan. Late into the second half, and with a scoreline of 7–0, Biring — a defender — capped off the night for the seniors in style, assisting on Jenna lee-Baxter’s goal to get on the scoresheet. The night could not have gone better for the seniors, as Biring’s defending and Sandhu’s goalkeeping (five saves in the match) also contributed to a clean sheet for the Clan.

Also of note was the continued strong play of Emma Pringle. With goals in the 30th and 62nd minute, Pringle is now the leading scorer in the GNAC with 14 goals in 13 games. Western Washington’s Gabriela Pelogi also has 14 goals, but is ranked behind Pringle due to her having played in 15 matches this season. The Clan is now 5–6–0 in conference play this season, with a

7–8–0 record overall. They have officially claimed the fifth seed in the conference, missing out on the playoffs by one spot due to a tremendously strong top four this season. To represent this, if you were to combine the points of the teams ranked 6–8 in the conference, they would still not be enough to add up to Northwest Nazarene’s (the fourth place team) 21 points.

EXCLUSIVE INTERVIEW WITH THE BABADOOK

Interested in getting involved with The Peak? Stop by one of our weekly pitch meetings (no commitment required!) Mondays at 11:00 a.m. MBC 2900. Happy Halloween! 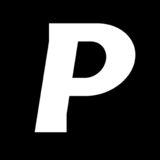