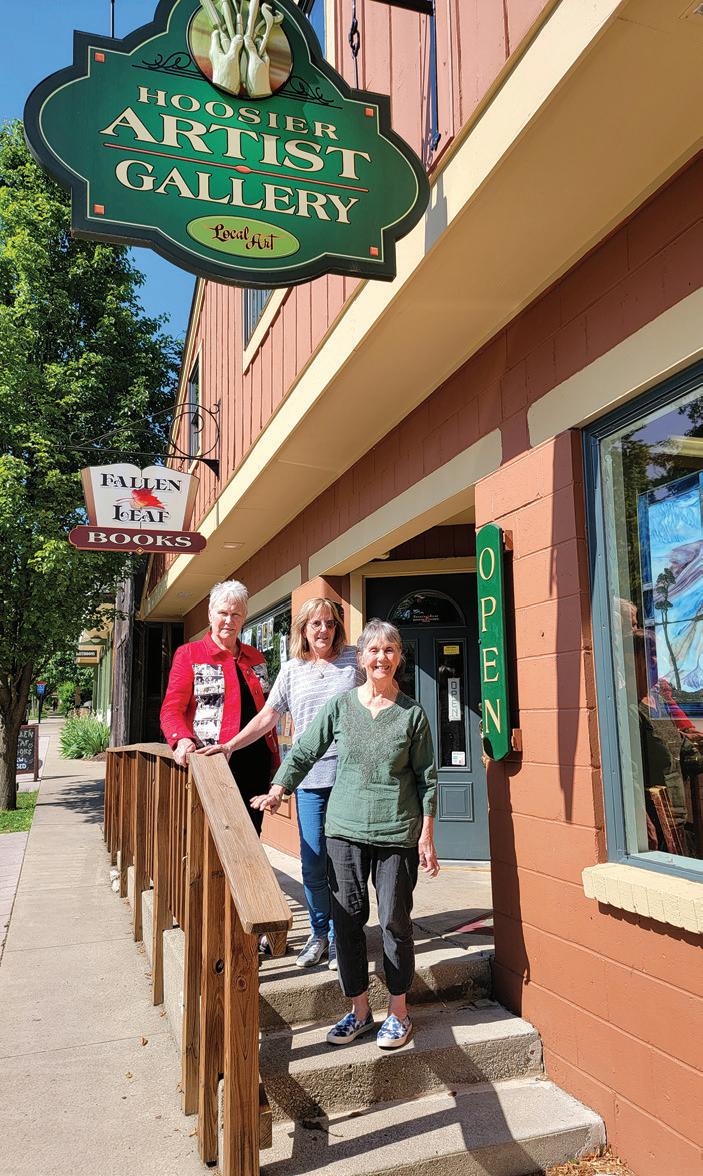 It wasn’t long after I was hired as a seasonal employee at Brown County State Park in the mid-70s, that I heard of a research project. Some workers told me it was in a remote location, so I went searching. I learned it was conducted by a professor and some students from an Indiana university.

When I arrived, they stumbled out of university cars, sleepy, stretching, and complaining. They were carrying trash bags full of large cans—the kind used in a commercial kitchen— and disappeared in the woods.

I must have appeared official in my uniform and was greeted suspiciously. The professor admitted later that he had not applied for a DNR collecting permit allowing him to collect in the protected state park. He quickly had the students go about their work and got busy himself. I was more interested in learning what they were doing than if they had the proper permit.

Many pitfall traps, the cans, were buried at ground level to capture the small mammals. The students came back several times to monitor what was caught and record their findings. Trap lines were installed along moisture gradients, starting at the top of a dry ridge, and descending into moist ravines.

I knew shrews were insect eaters, and unlike mice and other rodents, lived a nervous life scurrying through the forest herbal layer, looking for beetles and worms. But I didn’t know different shrews had a preference for where they lived, or that there were several different species.

A few years later, and now as the park’s full-time naturalist, I was soon entrenched in the property’s most controversial and pressing issue: an over-sized deer herd. Historically, Indiana state parks had been established as nature preserves since their conception in 1916. No management of plants or animals had been conducted since those early days, nor had it been necessary. With no hunting of the property’s chief herbivore and protected within its boundaries, deer numbers at Brown County had grown over time to huge levels, with the forest’s understory badly damaged. Wildflowers and grasses, flowering shrubs, and young trees—colorful each spring and attractive and food to many insects—had virtually disappeared, eaten to near oblivion by hungry deer.

A biologist friend called me one day and asked if I had heard of a study that might help me with the deer debate. “You’re the public relations guy, aren’t you? You might like to read it,” he said. “It deals with shrews, and they can be considered an indicator species.”

The ecologic upset of species with which deer coexist would be an appropriate and important message to use, he reasoned. And as an educator, I had hoped to show the public, and some doubting legislators, an example of how deer can impact other species. The professor’s earlier research project needed an update. So my staff and I set out to replicate the investigation.

The initial base-line data showed five species of shrews existed in the 1970s: the smokey, southeastern, short-tailed, masked, and pygmy. Our research conducted during the peak of high deer numbers, on the same trap lines with the same number of traps, revealed only two species, the short-tailed and southeastern. Total number of all shrews sampled had declined significantly. It wasn’t difficult to see that if the herbal layer where insects live was nearly gone, the shrews that depend on them would disappear. And that’s what happened.

As is sometimes the case, research can reveal more than anticipated outcomes. The park study we conducted allowed us an up-close inspection of the trapped shrews. The one most unusual to us was the pygmy. The second smallest shrew in the world, it had been living in the moist ravines of Brown County State Park’s young forest.

While the world’s smallest mammal is the bumble bee bat, by mass, the smallest shrew next in line is the Etruscan shrew. It lives in Eurasia. The next smallest, the pygmy shrew, inhabits these Brown County woods.

Seemingly insignificant and unnoticed as we enjoy this natural place, small and less dynamic relationships exist, and plants and animals go about their jobs, in their niche. Ecological relationships are so interconnected and dependent on one another we often don’t realize it until something is missing.

A “keystone specie,” the white-tailed deer can exert tremendous impact, influencing forest ecosystems. A miniature pygmy shrew, so small we may not see it on the forest floor, is akin to other insect-eating, burying, scurrying shrews, and lives its quiet life in the hills. It’s certainly a part of this living system. And among this tiny claim to fame, it simply comes in second.