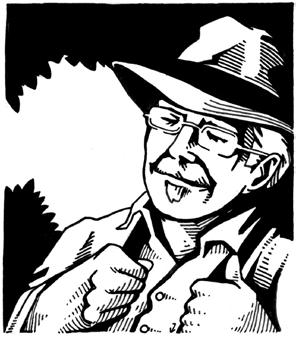 To call Ricky Skaggs an icon would be accurate, but a little misleading. Icons—in cathedrals and on desktops—are stationary and fixed. They’re powerful, but they just sit there. Ricky Skaggs, however, is anything but unmoving. He’s a picking, fiddling force of nature who changes every musical landscape he touches.

By the time he was old enough to hold a mandolin, Ricky was playing with the greats. He joined Bill Monroe onstage at age six; he was on TV with Lester Flatt and Earl Scruggs by seven. By 1980, he’d played with Ralph Stanley, Emmylou Harris, and J.D. Crowe & the New South. Then he launched a solo career that’s now spanned over four decades and three musical genres.

Fans and critics responded, and to date Ricky’s taken home more than a dozen Grammys and eight CMAs, and he’s been inducted into the Country Music, Bluegrass, Gospel, Musicians, and National Fiddler Halls of Fame. Then in 2020, his genre-defining, chart-topping, industry-sweeping musical career was recognized with a National Medal of Arts.

Fun fact: Ricky Skaggs may admire Brown County as much as Brown County admires him. As a kid, he’d listen to Bill Monroe on the Grand Ole Opry’s radio show on Saturday nights. “I remember Mr. Monroe talking about his bluegrass festival in Bean Blossom, Indiana, and he was so excited about it,” Ricky says. “It made me want to go.” He did eventually go—in 1971, as a member of bluegrass legend Ralph Stanley’s band. “Man, that was such an eye opener, seeing all these musicians that I’d grown up listening to,” he recalls. The Bean Blossom Festival (now the Bill Monroe Memorial Festival) was where he finally met Monroe, and it’s where his wife-to-be Sharon, of the bluegrass group the Whites, first saw Ricky perform.

He’s been back several times since then, and even besides the Bill Monroe connection to southern Indiana, Ricky feels a connection here to his original home in Kentucky. “The [Ohio] River’s about the only difference, the people are much the same,” he relates. “People have farms, raise their families, go to church. Just reallife America. We love playing Indiana because there’s lots of like-minded people that come out to see us, and that love bluegrass, and gospel, and country.”

Now Ricky’s playing for us again, this time at the Brown County Music Center on August 26. This tour features Kentucky Thunder, whom Ricky’s played with for over twenty years. Although their lineup’s changed over time, he promises that this iteration of the band is the best one yet. “They’re just really unbelievable,” he says. “Just the highest quality players that I’ve been around. I don’t know anybody that’s their equal. I’m just so thankful.” (If you’ve ever seen Ricky Skaggs play the mandolin, that kind of praise should cause your heart to skip a beat.)

The BCMC show promises to be as good a showcase of Ricky’s music as ever—which should surprise no one. All the songs on this tour, which incorporate bluegrass, gospel, and country, are performed acoustically, with no amplifiers on stage. “I let the band play a lot, because I came up out of a bluegrass band, where people took solos,” explains Ricky. Those familiar with his past work with Kentucky Thunder will recognize some of their bestknown instrumental numbers. “But,” he teases, “we also have quite a few new ones that we haven’t recorded yet.” New songs or old, though, “People are not gonna go away disappointed, I guarantee it,” he says.

For more information on Ricky Skaggs and Kentucky Thunder at the Brown County Music Center, please contact the box office at 812-9885323 or visit <browncountymusiccenter.com>.