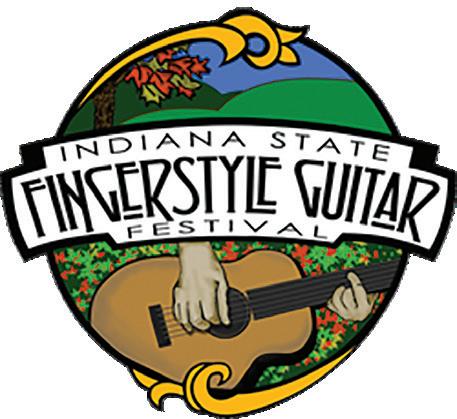 "It's always been nature, with me,” artist James Tracy responds to a question about his inspiration. And it’s no wonder. A native Brown Countian, he spent his formative years roaming in the woods during all seasons, from spring’s blooming redbuds, to fall forest tapestries of saturated color.

Growing up in the 1950s, his timing was conducive to learning about painting from seasoned landscape painters—the last of Brown County’s original art colony. “From my earliest memories I was captivated by the natural beauty of this place,” Tracy said. “This love of nature and my exposure to art and artists led to an awakening of whatever natural ability I may have had. I had a sense I was part of something unique, very special….I knew from an early age [that] art was my calling.”

Starting with individual instruction from artist Kaye Pool at age eight, Tracy went on to study printmaking and photography at the University of New Mexico, followed by classes in drawing, painting, printmaking, and art history at Indiana University Southeast as well as Indiana University. After working various graphic design jobs in New Mexico and Los Angeles, Tracy returned to his hometown roots in the early 1990s. “I wanted to spend whatever time I have left in the county. It is home to me,” he stated.

James Tracy has studied and admired painters in every genre from surrealist and abstract to Pop Art and photorealists. One of his current preferred artists is John Fabian Carlson (1875–1945). A Swedish-born American who specialized in winter scenes and became a leader of the Woodstock School of Landscape Painting, he was also a teacher of the late Brown County artist Fred Rigley. Tracy also expressed appreciation for the recent Brown County Art Gallery exhibition of paintings created in the State Park by Tim Greatbatch. “I admire his ambition and focus,” Tracy said. “If you want to do something well, you need to do it every day.”

Despite his comfort and familiarity in his old stomping grounds, Tracy carries a torch for the landscape, culture, and people in northern New Mexico. When the ubiquitous summer green of Indiana becomes tedious, he often returns to the visual relief of big skies and desert mesas near Taos. “As soon as summer comes, I want to be in New Mexico,” he remarked. “These guys out west doing cowboy realist art are doing phenomenal work—they are killer landscape painters.”

As a professional fine artist for more than three decades, James Tracy has won accolades and awards from juried exhibits including the National Exhibition of Painting and Sculpture at the Salmagundi Club in New York City, the annual Hoosier Salon (including “Best Traditional Painting in any Medium” in 1997) and Indiana Heritage Arts, where he received three merit awards in an early 2000s exhibition.

Tracy is equally at home with oils, woodblock and linocut printmaking, and illustration using a combination of hand-rendering and technology. His mastery of accurate drawing skills, particularly wildlife, sets him apart from many landscape artists. For his latest work he’s been experimenting with a laser engraver as well as large format serigraphs, or silkscreens, on heavy paper.

“I still love painting,” he said, “but I want them to be more unique, my own voice.” Unlike the neoimpressionistic style popular with current plein air (on location) artists, Tracy tends to apply many thin layers of paint to create his desired effect. His landscapes, which he calls “Rural Americana,” often include closely rendered farmhouses and outbuildings using nuanced lighting. Conveying the effect of quiet solitude, they harken back to depression-era American scenes “to create a hopeful view of life amidst economic turmoil” encouraged by Works Progress Administration programs like the Federal Art Project to sustain working artists.

A long-time bachelor, Tracy married Debbie Kent in 2020 and they have settled into a wooded homestead in eastern Brown County. A major project to build a new studio/ barn is consuming much of his time and energy, not the least of which includes employment as a graphic artist once again. The studio building began last spring and he estimated that finishing the interior will take another month. Earning money to pay off the new construction, Tracy is focused on his goals for the future.

“By fall everything should be set up. Who knows how much time is left?” he asked. “I feel fortunate to be here. I want to devote the rest of my life to painting.”

The artwork of James Tracy can be found at the Brown County Art Gallery or on his website <jamestracyarts.com>. •