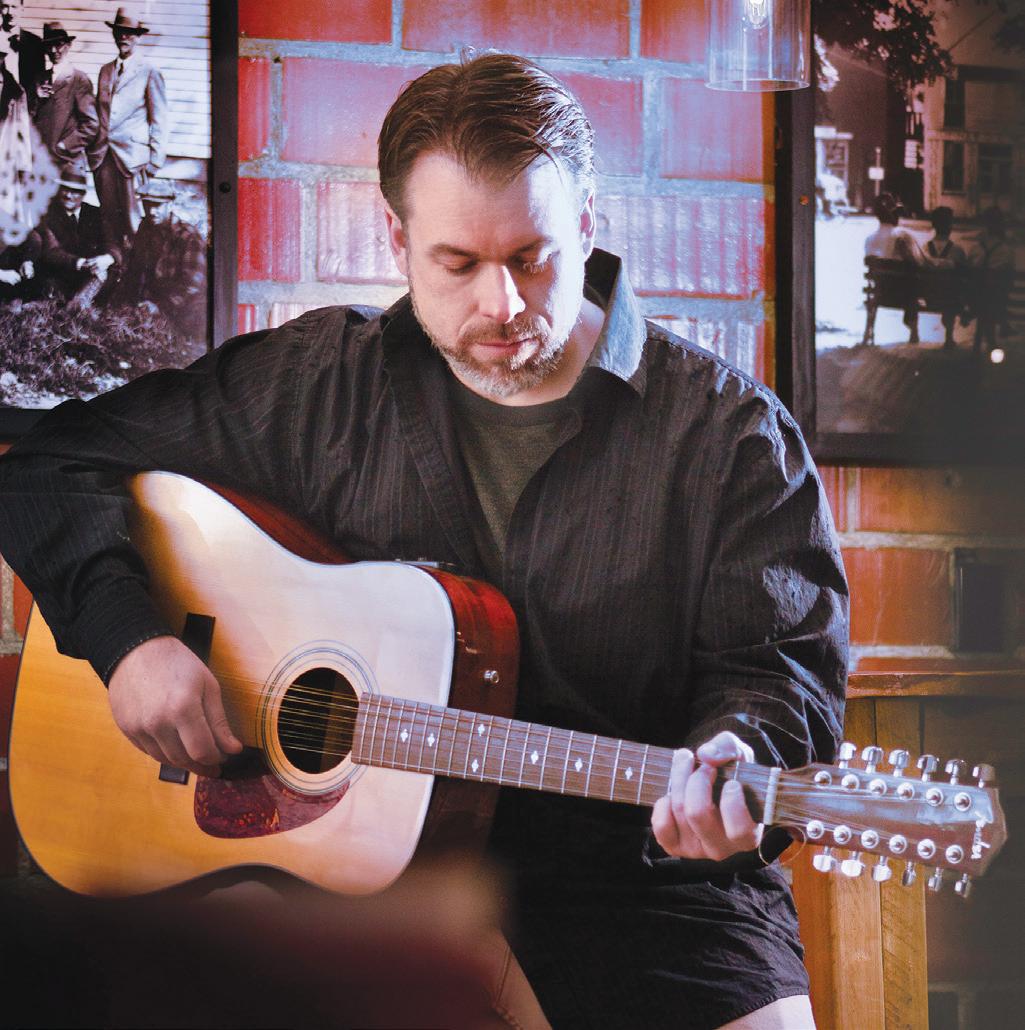 Brown County has a tradition of oral culture otherwise known as stories, lies, gossip, and tall tales. Way before storytelling was documented by Frank Hohenberger’s famous photograph of the Liar’s Bench; storytelling was a way of disseminating the news and a means of entertainment.

A good portion of Brown County conversations begin with, “Did I ever tell you about…” or “Didja hear about…” as in, “Didja hear about Cletus? He got bit by a rattler. It was pretty sad.” To which the soon-tobe recipient of the punchline would reply, “What happened? Did he die?” The bestower of the report then says, “No, Cletus survived but it killed the snake.”

Not just current events and gossip was communicated orally, local history was, too. I guess you could say there are two histories of Brown County.

You can find history in books like A History of the Counties of Morgan, Monroe and Brown, Indiana. Those accounts of the past tend to be kind of dry. The proper history books tell you about the first settlers and when Nashville (Jacksonburg) was first platted out. They tell about who the founding fathers were (they don’t get much into the founding mothers) and who was on the tax rolls.

The history I like comes down through generations of storytellers. That’s where the legends of Booger Holler and Stone Head and stories about Bear Wallow come from.

But it wasn’t just history and happenings that folks talked about—they talked about the weather, too.

As I sit here writing this little essay, I am snowed-in from one of the bigger winter storms of recent memory. This is the kind of snow that gets so deep you don’t want to let your dog out to pee. He might sink in a drift and you run the risk of not finding him until spring, along with your lawn mower, leaf rake and snow shovel.

I am reminded of a story I heard somewhere or another about a Brown County blizzard that happened way back in the dim mists of history. In fact, it happened so long ago that it didn’t get written down, at least until now.

What I remember is how things was sorta mild that winter right up ‘til a tremendous freeze came on all of a sudden. Nobody knows how cold it really got because thermometers were all busted by the mercury dropping so fast that they went right through the little glass ball at their bottoms. It was so cold that if you took a lantern outside the flame would freeze. It was so cold that people couldn’t carry on conversations because when they spoke the words froze up in midair before they could get heard. Then came the snow.

It was a noisy storm because the snowflakes, whipped up by a fierce gale, were making high pitched crackling sounds slamming into each other. The snow was so thick coming down that it caused a white-out of proportions not seen again to this day. The visibility was down to about three inches in front of your face. It was so bad that the birds—that weren’t just treading air—were being knocked out from being blown into trees. It went on for days.

Still the blizzard didn’t let up. The snow load got so thick that it filled the hollers clear up to the ridge tops. After some time Brown County was as flat as a billiard table. If you had snowshoes, you could’ve walked clear across the county on the level.

I heard there was a holler way back in the country that froze so deep and so solid that it took more than a few years to thaw out. And when it finally did, they found a wooly mammoth hibernating at the bottom.

I won’t swear to the absolute veracity of the account. It might be that some of the particulars could have been somewhat understated. I wasn’t on hand for the event but that’s the way I heard it.

Next time you have some time on your hands and you find yourself over by the courthouse, you might just sidle up to one of the fellers sittin’ on the bench and ask ‘em, “What’s the news in Brown County?”

I expect you’ll get a story.