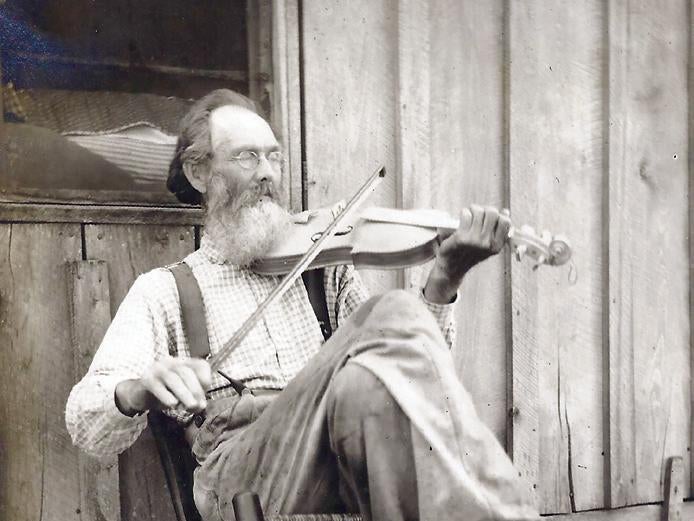 The former State Bank building on East Main Street, just east of the courthouse, is one of those iconic Nashville profiles that have been with us for more than a century.

Last April, when a car crashed into the historic facade, destroying the door and damaging the front walls, local history buffs and longtime residents worried that the unique look of the building would disappear from Nashville’s horizon.

For the building’s owner, Linda Hoff, it was an emotional blow and the beginning of a year-long journey of discovery. She would rebuild—better than it was before —and in the process, discover some answers to questions.

A time capsule was found in a corner of the building. “It was a Mason jar. No one has seen it except me, I opened it myself. I’ve owned the building almost 29 years, but I’ve never known the history. The time capsule has all this information,” she said.

Returning the building back to its original condition is taking longer than expected, made more difficult by the ongoing COVID pandemic.

By August, Hoff had located a specialty firm called Precast Solutions, of Whitestown, Indiana, to make new concrete blocks to look like the original ones. The company used blocks from the old building to make forms to cast new, identical blocks.

According to the 1995 Brown County Interim Report, the building was made of “rusticated beveled edge concrete blocks with a rock-face treatment” and has “a high, stepped parapet façade” with “State Bank” carved on a tablet above the entrance. Although the report refers to it as “Farmer’s Trust Bank,” information recovered from the time capsule referred to it as “Nashville State Bank.”

When they were tearing down the wall blockby-block, they found a second time capsule. It was packed with letters and other items from 1905, the year of construction.

In October, skids of the custom-made blocks were delivered to the site, but construction could not begin right away because workers discovered there was no footer to support the wall. Hoff learned that back in 1905 the builders had placed the block directly on the ground.

After a reinforced-concrete footer was poured, restoration was further delayed by a shortage of corner blocks. The crew finally was able to start laying the 100-pound blocks on the first of December and they were finished just sixteen days later.

There is still more work to be done.

Craftsmen will plaster walls and ceilings, replace interior woodwork, and repair the floors. Some electrical work must also be completed. Local custom furniture and cabinetry builder Darrin Kean is recreating the wooden door and transom. Hoff will return the large plate glass window that was there when she bought the building in 1993. The gargoyle light fixtures will be re-attached, and the “State Bank” carving will be recreated.

Hoff shared a few details from the time capsules.

“It was established in January of 1905 and opened July 17, 1905,” she said. “A story in the old paper stated that the Nashville State Bank was being built with concrete and William M. Waltman was the VicePresident of the bank.” The jars contained lists of the current local officials and how many schoolhouses were in the county at the time. Hoff hopes to reveal the complete contents of her historic finds to the public during a Victorian themed celebration some time after the building has been completely restored.

Over the years, the notable building has been a U.S. Post Office, a realty office, a candy and gift store, a dress shop, an antique store, a scooter and wheelchair rental store, and more recently a plant store. It is probably best remembered as the jewelry store, Touch of Silver and Gold, located there for 24 years before moving across the street.

Hoff operates the State Bank Arts Affair in the rear of the building and rents out the front spaces. She hopes to find the right tenant for the restored space as soon as the project is completed.