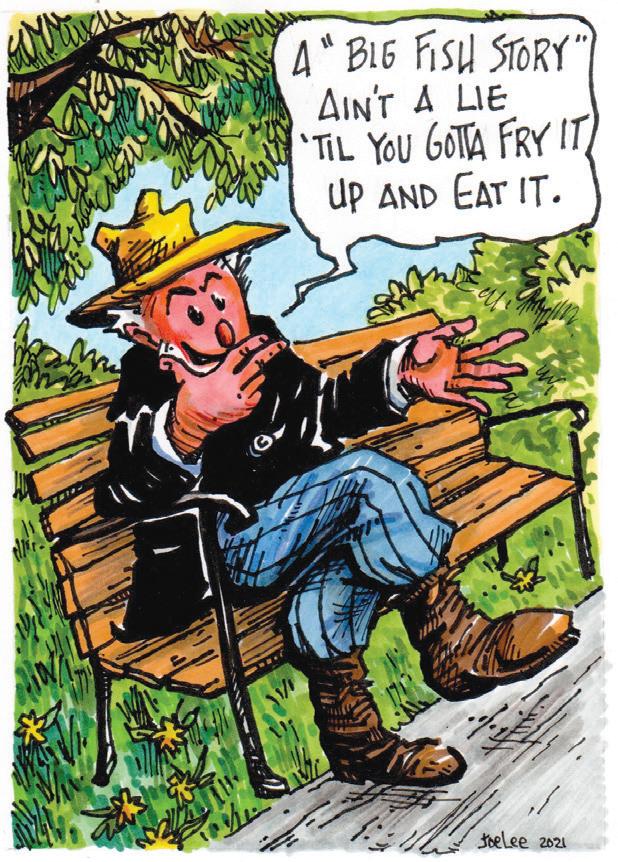 The centers of Brown County life at the turn of the last century were the villages and crossroads that were webbed together with deeply rutted muddy roads. Travel and material goods were limited to what could be carried by horseback, busker wagon, or carriage. The pioneer way of life continued after other counties adopted new ways, with folks “makin’ do or doin’ without.”

But the early 1900s brought rapid changes. In 1905, the Illinois Central Railroad built a line from Indianapolis to Effingham, Illinois with the line running through Morgantown and across the southwest corner of Jackson Township. With Helmsburg as the main station; a daily schedule of two train runs from Indianapolis and two from Effingham brought mail and freight, as well as passengers eager to take in the unspoiled landscape and country air.

The colony of fine artists rooted itself in Brown County and then blossomed at this time. Cars first appeared in Nashville in 1913, and better roads soon followed. Hard-surfaced State Road 135 north from Nashville to Morgantown was built. State Road 46 connecting to Bloomington was vastly improved and brought many curious Indiana University students to the county.

In the Tool Room of Nashville’s Pioneer Village is a display case containing a homemade musical instrument that was fashioned from a cigar box. It was created by Louis Henderson of Brown County a bit more than a century ago. The curator for the Brown County Historical Society’s collections, Barbara Livesey, notes that the collection catalog has it listed as a banjo, but that Louis himself played it with a bow. She concludes: “Therefore, it’s an oddshaped fiddle.”

It is another example of early Brown Countians “makin’ do or doin’ without.” Being true to their Appalachian forebears, they would not do without music.

An outstanding player and maker of violins/fiddles was Williamson Hamblen. He was born in Lee County, Virginia on October 3, 1846, and moved to Brown County with his parents in 1857. Since the age of 6, he taught himself to play the violin. Though his formal schooling was thin at best, his musical ability was widely-known, and he was sought after to play at events. When he was 37 years old, Hamblen began making violins. Shortly before his death he built the instrument he considered his masterpiece.

Fife and drum corps were part of the musical heritage of Brown County, performing for political campaigns and parades. Newspaper records have cornet bands organized in almost every community, with bands from Needmore, Nashville, Helmsburg, Pikes Peak, and Trevlac playing for Old Soldiers Reunions, Old Settlers Reunions, and parades. Newspapers have accounts of fiddling contests being sure crowd draws at these events. Cash prizes and the notoriety of being the best fiddler around attracted many musicians for a rousing, toe-tapping show.

Square dances were an important component of Brown County social life during the eighteenth and nineteenth centuries. Noted in Dillon Bustin’s If You Don’t Outdie Me, Allie Ferguson and Mollie Lucas reminisced about weekly dances held in Nashville during their youths.

In February 1926, Hamblen Township musicians Mary and Vincent Beisel, known to their friends as Diner and Doc, were photographed by Frank Hohenberger with their fiddle and guitar. The Beisels headed a contingent of musicians and dancers known as the “Brown County Fiddlers” and recreated a Brown County backwoods barn dance at the Palace Theatre in Indianapolis. They were so well received in Indianapolis that they were booked on a tour of the midwestern vaudeville circuit in a new act called “Brown County vs. Broadway.” Oddy Green, who was known for his ability to play “Pop Goes the Weasel” while holding his fiddle behind his back, was part of this act.

Hohenberger recorded in his diary that Ruth Bond told him they had better musicians in Helmsburg. Hohenberger himself accompanied Doc Winter to the Harry W. Heckman cabin where there was a “blowout” dance with 150 in attendance, people he referred to as a “lot of natives—one family of 33 children and grandchildren.” A native fiddler with one wooden leg, Mrs. Anderson played, “keeping time with her peg.”

Throughout the county, the living room rug in many homes was rolled up for dancing come Saturday nights and there were ample musicians among the neighbors to provide the tunes and calling. In the 1930s and 1940s commercial dance halls opened in and around Brown County featuring music from local bands. The Weed Patch String Band were regular players at the Saturday night dances at the Helmsburg Dance Hall.