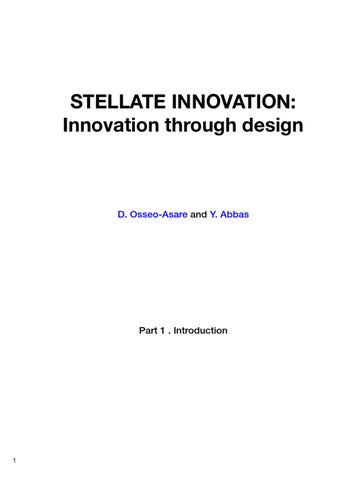 STELLATION: Drawing on geometry (stellate means radiating or star-like) we offer stellation as a projective tool for innovation through design. We use the term both to express the stellate nature of innovation and to visualize a stellate design process. Design innovation as a process parallels synaptogenesis (formation of the connections between neurons that allow the nervous system to transmute stimuli and cognitive signals) and the concept of neuroplasticity (brain function is malleable), bordering on paradox: in order to do things differently, we have to rewire the neural pathways of our brains; the more we do things differently, the more we change our connectome (the network of neurons and synapses in our brain tissue) and the more we habituate routine, the more our brains become hardwired to default (standardized) behaviors. Stellation allows us to better understand an object of study by using it to form new relationships, thereby producing something new that is also both related and different. It is a projective and polyvalent method for â&amp;#x20AC;&amp;#x153;thinking outside the box.â&amp;#x20AC;?

faster than it propaga

STELLATE NATURE OF INNOVATION: A) Innovation radiates We all know energy dissipates and information spreads. So does innovation. It is hard to contain new ideas, but at the same time, innovation feels less powerful the more its everywhere. Thus the key, from a strategic standpoint, is to develop an instance, source or center of innovation that can remake ways of making faster than it propagates. B) Clusters innovate Typically, innovation arises from bringing together difference. Group experts from different fields to create new fields or site divers businesses together to make new products. Similarly, design innovation requires thinking simultaneously in different ways. Stellation and constellation are binary processes. After first problematizing an object, innovation emerges through iteratively stellating that problem via a structured process of â&amp;#x20AC;&amp;#x153;zooming outâ&amp;#x20AC;? that enables simultaneous analysis from multiple points of view (i.e. from an ordered array of new angles), then constellating relationships across that set of clustered frames of reference to discern insights that reveal intrinsic possibilities of novel design. 5

PRINCIPLES OF STELLATE INNOVATION: 1) Stellation locates intersections: In geometry, the stellation process extends edges of any given shape until they intersect to create a new, larger shape that is different from but informed by the original. The original serves as prime inputâ&amp;#x20AC;&amp;#x201D;the kernel for a graphical operation that generates a modified output based exactly on the original. 2) Stellation expands systems: As a method for

3) Stellation infers framing: Unlike fractals, which can

scale infinitely without losing statistical self-similarity (they are the same shape at every scale), stellation is a process that changes a shapeâ&amp;#x20AC;&amp;#x2122;s shape, based on its shape. Stellation is a transformation that renders boundaries as the input to a reconfigured output. Just as cubes and tetrahedra are null cases which cannot be stellated (extensions of their edges never intersect), stellation acquires utility only if a given object, system or environment is properly framed.

Translating geometry into informatics, stellation extends lines of investigation until they intersect, thereby creating an array of new vantage points. Reconfiguring how we see something from outside of itself allows new visibilities, new connections and new strategies of engagement.

5) Stellation is operative: Because stellation is both iterative and simultaneous, it is both an action and a structured set of conditions that enables an actor or a group of actors to innovate* an object of interest. 7

*Innovate in a context denotes to make anew, make something do something new, improve function; to make something operate in a fundamentally new, additional, different or improved way. The paradox is that any such form of novelty exists already: stellation merely enables its â&amp;#x20AC;&amp;#x153;discoveryâ&amp;#x20AC;? by allowing actors to grasp it conceptually in a comprehensible way.

Introduction to research project *Stellate Innovation* toward an open methodology for inducing urban innovation. Started in 2012 by Yasmine Abbas and DK Osseo-Asare. 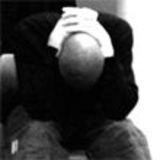