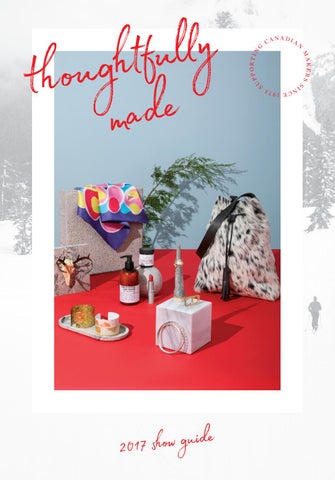 One of a Kind Dear Santa Competition NEW PRESENTED BY VISTAPRINT

This year, we have asked our exhibitors to grab their tools and let their creativity flow. Be sure to stop by the competition area to see how our makers envision the theme Dear Santa as they create unique pieces in their medium to deck the halls of the show! The 1st, 2nd, and 3rd prize winners will receive $500, $300, and $200 and visitors will be given the opportunity to vote for a Fan Favourite Award worth $200. Be sure to cast your vote at the centre aisle!

OOAK on Wheels NEW One of a Kind has been driving the shop local movement since 1975. Come see the One of a Kind Truck where we are showcasing must have holiday gifts curated by our favourite influencers Esther Lee of @thiswildheart and Wendy Liu of @withwendy.

One of a Kind Hydration Lounge PRESENTED BY SODASTREAM

Refresh and recharge at the One of a Kind Hydration Lounge presented by SodaStream. Take a shopping break and test out the sparkling water maker.

The One of a Kind Creative Lounge PRESENTED BY DESERRES &amp; PÉBÉO

Let your creativity run free at the One of a Kind Creative Lounge presented by DeSerres and Pébéo.

Scheduled Activities: One of a Kind Art School Art-related activities for children over the age of 8! Classes are available on a first come, first served basis. DIY Workshops Don’t miss your chance to work directly with One of a Kind makers in a series of free, DIY workshops. Monday, November 27, 1pm – 2pm Felt ornaments with Melissa Lowry of Milo and Ben Tuesday, November 28, 1pm – 2pm Origami ornaments and fridge magnets with Link Tong of Roses Without Thorns Wednesday, November 29, 1pm – 2pm Wall hanging with Arounna Khounnoraj of Bookhou Thursday, November 30, 1pm – 2pm Handwoven coasters with Robyn Murphy of Bobbie Made Friday, December 1, 3pm – 3:50pm Holiday themed mini cookies with Jackie Long of Teeny Tiny Bakery Create with Pébéo Workshops Discover a world of creative possibilities with Pébéo products and get holiday ready with fun, festive DIY projects. Stop by anytime between scheduled activities and leave your artistic mark on the One of a Kind colouring wall featuring artwork by #OOAKX17 exhibitor @go.tamago. All art classes and workshops are complimentary to One of a Kind Show &amp; Sale ticket holder. For more information, please visit the One of a Kind Creative Lounge.

Give Local Square at One of a Kind This year, make your One of a Kind purchases with your credit card or debit card using the new tap and pay reader from Square! Square is the mobile payment solution of choice at the 2017 One of a Kind Show &amp; Sale. For more information visit the Square booth at K1.

This year the One of a Kind Show is encouraging you to join with us and Give Local to The Stop Community Food Centre. Donate with your online ticket purchase or when you buy tickets onsite. For more information visit thestop.org

Be sure to stop by their booth G-01 at this year’s show!

ClubOne is our way of rewarding loyal customers with a range of benefits to make your visit to the show memorable. Along with a 5% discount at participating booths, members receive fantastic perks to make their show experience one of a kind. For more information on how to become a ClubOne member please visit the box office located in the galleria.

One of a Kind Main Stage

We’ve partnered up with HelloFresh Canada to bring you One of a Kind exclusive offers, on-site promotions and giveaways!

From shimmer to metallic, sea glass to matte, the DIY possibilities are endless with the new colourful Tiffany Pratt x Krylon Colour Collection. Looking to brighten up your holiday, check out the tutorial videos for some radiant inspiration!

One of a Kind Seminars Saturday, November 25, 1:00pm Elevate Your Holiday Entertaining With Natalie Ho of @mylittlesecrets_ca.

Toronto Makes Showcase by Family of Things Toronto Makes, a new book set to publish in the fall of 2019, will celebrate some of the city’s highest caliber, most vibrant and creative people. Stop by this showcase to find inspiration in their stories and discover how you can bring this project to life via their kickstarter campaign. For more info, please visit familyofthings.co/kickstarter

One of a Kind Walk of Fame Visit the Walk of Fame where we honour the quality, craftsmanship and outstanding achievements of our talented artisans. This year, we are happy to welcome Ted and Carol Devine of Devine Fine Jewellery (Booth A-04) into this prestigious group!

One of a Kind Café Located in the centre aisle, this is the perfect meeting place to relax, and to treat yourself to a latte!

One of a Kind Presentation

Friday, December 1, 6:45pm Tandem Studios Catch a special dance performance by Tandem Studios on the Main Stage! Tandem was created in 2007 with the goal of assisting both children and adults to lead an active and healthy lifestyle in a friendly environment. The unique ‘Tandem Troupe’ program allows dancers to participate in competition-level dancing, as well as performing in various venues across the city.

One of a Kind Customer Service Centre PRESENTED BY PIZZA PIZZA

Looking for an artist, a place to charge your phone, or an application to the show? Our staff will gladly assist you with any questions you may have. Can’t find your favourite maker? This is the place to ask! Wheelchairs are available on a first-come, first-served basis. Please ask our front door staff for assistance.

One of a Kind Parcel Check Our staff will check your shopping bags and even carry them to the Show exit (outside of Hall B East of Enercare Centre), free of charge.

One of a Kind Family Centre A complimentary day-care for those between the ages of 2–8. Staffed by Network Child Care, this service is available on a first come, first served basis with a one-and-a-half hour limit. Plus, a quiet diaper change area, and a private room just for feeding. Hours of Operation Weekdays &amp; Saturdays 10am – 8pm Sundays 10am – 6pm

FREE Re-admission Be sure to pick up your re-admit pass and return to the Show for free!

One of a Kind Flavours

A foodie’s delight! This popular neighbourhood showcases a wide variety of gourmet treats and artisan edibles from across the country! Be sure to check the on-site schedule for daily culinary demos!

One of a Kind Fashion District Discover designs from emerging talents from across Canada. Be sure to check out style picks by our favourite lifestyle bloggers Filipa Jackson of @filipajackson, Kaylee Griffin of @theblondielocks, and Tara Leigh Rose of @taraleighrose.

One of a Kind Green With increasing popularity each year, this section features new and exciting sustainable offerings in fashion, body care, home décor and more.

One of a Kind Rising Stars A unique experience to meet and mingle with new artisans, many of whom have never shown or sold their work before.

One of a Kind Visual Art Gallery Featuring original artwork, don’t miss the opportunity to meet painters, sculptors and printmakers and discover the inspirational stories behind each creation.

Text Us Your Questions Looking for an exhibitor, displays &amp; features, guest services, or show schedules? Simply text 647-749-9494 for more information. Texting service available during One of a Kind show hours. Texting charges may apply depending on your cellphone plan. Standard text messages rates apply to all SMS sent and received to from our number.

rtifact Skin Co. _ A Oakville ON

X20 Maxwell Pottery Mattawa ON D24 All Fired Up! Milton ON

I45 Smocking By Jan Gatineau QC

The Windmill of Provence 5 DAYS Q33 Kingston ON

U33 Woodwater Toronto ON

andi Factory, the _ C Toronto ON

U49 Alexia Bilyk Toronto ON

A14 Tetiana K Clothing Toronto ON

C45 Yarns of Yarnia Toronto ON

I30 Jennifer Fukushima Toronto ON

U24 BBJ Toronto ON

rook’s Delectable B Chocolates _ Stouffville ON

I ncredible Spread ‘Em _ Exeter ON

F26 The Bean Ladies _ London ON

A19 Wildhagen Hats Toronto ON

A06 Double L Decor _ Hamilton ON

D45 Smith Made NEW _ Toronto ON

I04 Michelle Ross _ Toronto ON

A10 Swirly Spoons _ Coquitlam BC

U38 The Saltbox Shoppe _ Kincardine ON

B09 Everyday People Cartoons Toronto ON

X52 Made in Brockton Village Toronto ON A22 Margi Laurin _ Morrisburg ON A08 OHMYINSPIRED NEW Markham ON B31 Opulent Pines _ Ottawa ON B49 P aper Trails Design Co. Toronto ON E34

Jessica Lin Photo _ Toronto ON B43

The Art of Peter Allan Rice 5 DAYS St. Marys ON

One of a Kind Dear Santa Competition

One of a Kind Café

#FollowTuesday — Tuesday, November 28 On Tuesday, November 28, follow @ooak_toronto on Instagram, show our staff at box office and get your adult admission to the show for $12 only. Be sure to hashtag your One of a Kind photos with #OOAKX17 for your chance to win great prizes. Terms &amp; Conditions apply, please visit the box office for more information.

Show us your November TTC Metropass or PRESTO card at box office (on November 29 ONLY) and get 50% off regular adult admission.

Late Night Shopping — Thursday, November 30 For ONE NIGHT ONLY, the show will stay open until 11pm. Enjoy perks like free parking and don’t miss the opportunity to connect with artisans from across Canada, while getting all your shopping done! Don’t forget to check out the Muskoka Brewery Pop Up from 5:30pm to 10:30pm! 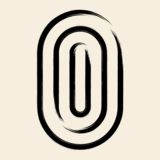 One of a Kind