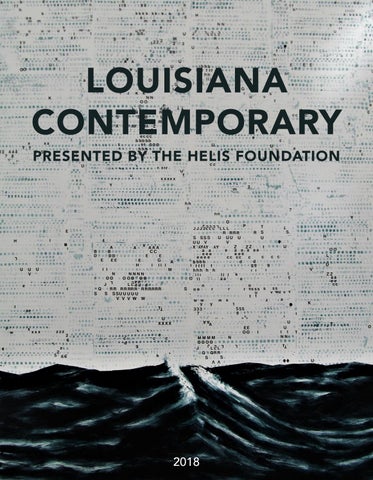 On the cover: Craig Berthold, Helvet ica and t he Sea, 2017, Acrylic on eraserboard, Collection of the artist

LET T E R F R O M THE DI RECTOR Now in its seventh year at the Ogden Museum of Souther n Art, Louisiana Contemporary, Presented by The Helis Foundation, has become well known as an exhibition that celebrates contemporary art practices in the state of Louisiana and provides artists with the opportunit y to showcase their work in a museum setting. I am continuously amazed by the work I see in this show, and this year is no exception. Selected by juror Courtney J. Martin, Deputy Director and Chief Curator at the Dia Art Foundation, are 34 stunning works by 25 artists. W ith the induction of these artists into the Louisiana Contemporary family, the Ogden Museum has now proudly exhibited more than 275 artists and 480 works since the show began in 2012. We have found that with each new clas s of Louisiana Contemporary artists, a distinct theme develops that aligns with current local, regional, national and global conversations. As you view the exhibition, we hope you take the time to react, discuss and reflect. I congratulate the artists featured in this yearâ&amp;#x20AC;&amp;#x2122;s exhibition and applaud them for their additions to the vibrant visual culture of Louisiana and the South. W illiam Pittman Andrews Executive Director, Ogden Museum of Souther n Art

T O M A K E IT E X PL I CI T: L OUI SI A NA CO N T EM PO RARY 2018 As a native of Nashville, Tennessee, the state of Louisiana felt like a semidistant cousin. I knew it a little bit, but I also knew that it held a specificity that I could not quite grasp. Louisiana felt catholic in the full sense of the word — eclectic, all embracing and vastly varied — where Tennessee, at the limits of its contours, is mainly bucolic. There is a lot of overlap between the music worlds of Nashville and New Orleans. Label giants and session musicians floated freely between the two, crisscrossing Memphis on the way to and fro. In my early life, Grambling State University’s marching band was the only band that came close to matching Tennessee State University’s. That both rally under the mascot of the tiger may prove my brass band hubris. Growing up, New Orleans was the place where friends and family snuck off to for long weekends that, when later mentioned, would elicit a giggle, a gasp or a full-face blush. Perhaps the one thing that the two cities have in common is that the prominence of music (if not sound as a wider aesthetic practice) often subsumes the rich history of and contemporary engagement with visual ar t. Even the moniker artist applies more often to musicians than to visual artists in both cities everyday parlance. A close friend in high school once traveled through the bayou and retur ned home with a painted chair that she had purchased. When she invited me over to see it, she was m ore enthusiastic about this chair on which one could neither sit nor rest than anything else that we had ever discussed. We sat on her bed across the room from it and stared at it. A few times we stood up to look at from above and on the sides not visible from the vantage of the bed. I sat down on the floor beneath it to look at its underside. It was, as I discovered, painted all over, a complete object unified by the application of paint, which transfor med it from the quotidian into the realm of art. My friend understood that she had bought an object in the special category of art and interacted with it as such, making space for it amid the juvenile piles of brick-a-brac in her room for it to not only reside, but to also be exhibited. Though my memories have not retained the work’s specific colors, I can still sense its scale in the room and the way in which I always seemed to approach it from an angle, never straight on, despite the two egresses into and out of her bedroom. Later, my own interests in art exhibitions would allow me to understand the ways in which space and depth need to be manipulated to the benefit of art objects. At that stage, I simply knew that that chair, a painted sculpture really, marked the moment in which my friend had chosen New Orleans as her new home. As a budding art historian, I intuitively understood how and why an object of art was the sign of her transfor mation from child to adulthood. Later, when I have been asked to define what makes something an art object — a frequent task in my field — I know that my success at convincing my audience is dependent upon making explicit the role of transfor mation, be it steel into 3

sculp ture, lines on a page into drawing or awkward movements into perfor mance. Artists also have the same task, mak ing the transfor mation of something amorphous into art explicit as art. It is the arduous task of making their skill, concepts and thoughts explicit. In recent conversations with Louisiana-bor n artist, Keith Sonnier (b. 1941, Mamou), we di scussed his use of various “non-art” materials in his installations, like neon, flocking, latex and satin. For years, he has described his gravitation to them as a pull toward the “psychologically loaded,” or his personal referents made materially real. There is something about the ways in which Sonnier combines these items in sparse, sometimes temporal constructions that bring me close to certain emotions, sensuality and fear being the first to rise to the surface. Sonnier is good at letting viewers find their own ways into his work. It is as if he lays out an almost-but-not-complete set of letters and then invites you into making your own vocabulary with them, filling in here and there where needed. The best art does that. It gives you a little, just enough to find yourself within it. The entrants into this year’s Louisiana Contemporary had a mighty task set out for them. Each was required to make their two and three-dimensional objects visibl e/visceral on the flattened and pixelated digital screen. I am grateful to all who submitted their work and themselves to such scrutiny. This was a competitive group, full of painters, photographers and some sculptors actively engaging the larger concer ns of our time, be they new methods like 3D printing or the revival of craft in fine art. Each of them transported me from the position of viewer to one actively invested in the experience that each artist offered through his or her work. I am thankful to have been asked to be the juror, mostly so that I could enhance my own understanding of the ways in which this region’s makers are realiz ing and re-f raming the world around them. My participation in this year’s jury is dedicated to my friend, Britton Reynolds (b. Nashville, Tennessee 1973 - d. New Orleans, Louisiana 1994). Courtney J. Martin Deputy Director and Chief Curator, Dia Art Foundation

Fictions of Home 2016 Projection, bone-dry clay and water Collection of the artist

Improv III 2017 Mixed media on paper Collection of the artist

The Christening 2018 Archival pigment print on aluminum Collection of the artist, courtesy of Cole Pratt Gallery

The Fall of Leviticus 2017 Archival pigment print on aluminum Collection of the artist, courtesy of Cole Pratt Gallery

The Prophets of Shiloh 2018 Archival pigment print on aluminum Collection of the artist, courtesy of Cole Pratt Gallery

Scratch the Surface 2017 Pigment print Collection of the artist

Got GPS, Fore 2017 Mixed media on canvas Collection of the artist

A B O U T T HE JUROR Courtney J. Martin is the Deputy Director and Chief Curator at the Dia Art Foundation. Prior to Dia, she was an assistant professor in the History of Art and Architecture department at Brown University; assistant professor in the History of Art department at Vanderbilt University; Chancellor’s Postdoctoral Fellow in the History of Art at the University of Califor nia, Berkeley; a fellow at the Getty Research Institute; and a Henry Moore Institute Research Fellow. In 2015, she received an Andy Warhol Foundation Arts Writers Grant. She also worked in the media, arts and culture unit of the Ford Foundation in New York. In 2012, she curated a focus display at Tate Britain, Drop, Roll, Slide, Drip…Frank Bowling’s Poured Paintings 1973-1978. In 2014, she co-curated the group show, Minimal Baroque: Post-Minimalism and Contemporary Art, at Rønnebæksholm in Denmark. From 2008-2015, she co-led a research project on the Anglo-American art critic Lawrence Alloway at the Getty Research Institute and is co-editor of “Lawrence Alloway: Critic and Curator” (Getty Publications, 2015, winner of the 2016 Historians of British Art Book Award). In 2015, she curated an exhibition of the American painter, Robert R yman at t he Dia Art Foundation, entitled Robert R yman. She is the editor of “Four Generations: The Joyner Giuffrida Collection of Abstract Art” (Gregory R. Miller &amp; Co., 2016). She received a doctorate from Yale University for her research on twentieth century British art and is the author of essays on Rasheed Araeen, Kader Attia, Rina Banerjee, Frank Bowling, Lara Favaretto, Leslie Hewitt, Lubaina Himid, Asger Jor n, Wangechi Mutu, Ed Ruscha, Jack Whitten and Yinka Shonibare. In 2018, she is overseeing exhibitions of art work by Mary Course, Dan Flavin, Dorothea Rockbur ne and Keith Sonnier at the Dia Art Foundation.

The Ogden Museum of Souther n Art is grateful to these supporters for making Louisiana Contemporary, Presented by The Helis Foundation possible:

See the selected artists for the 2018 "Louisiana Contemporary," Presented by The Helis Foundation exhibition. 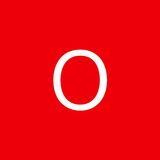