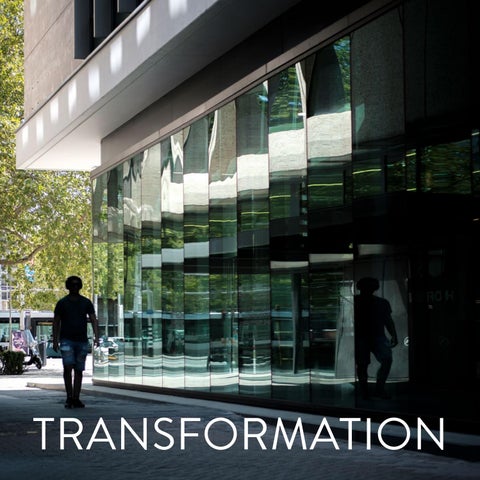 Maybe reallocation, redevelopment, restoration and renovation of buildings and urban areas is the most important task for architects and urbanist in the coming decades. Deforestation for building purposes is something that should be avoided.

CODAM AMSTERDAM Client: Sofronie London Completion: 2019 Codam is a cutting edge, new computer coding school in Amsterdam. It is situated 15 minutes away from Central Station at a former military zone. The Marine Terrain has a very unique position in the city. It is a peninsula with its own character. It is a breeding ground, a pivot for startups and scale-up companies. Codam provides its students with free tuition and 24/7 access. The school invites those aged 18 â&amp;#x20AC;&amp;#x201C; 30 to teach themselves computer coding through teacherless peer to peer group learning. The original building was a horizontal two storey, post-war barracks for Dutch military personnel. The design of OZ softens the building making it more inspiring for students; the barracks have been re-painted and enveloped in an elegant timber frame connecting the building to the green surroundings. As you enter, OZ has lightly retrofitted the functional interior making it high performing and welcoming for computer coders. It is possible to play giant chess in front of the reception, there is a high quality computer learning lab on each floor, informal seating areas and bean bag lounges for group learning, a game room, a terrace, an auditorium for guest speakers to make presentations at lunch time, a green room for students to make their own films and a Lego room for students to materialize their thoughts.

WALDORF ASTORIA AMSTERDAM Client: DvM BV Amsterdam Gross Floor Area: 11.794 m2 (93 rooms) Completion: 2014 Situated on Amsterdam’s Herengracht (a protected UNESCO heritage site) 6 monumental 17th-century canal houses were connected, restored, renovated, and then transformed into the new Waldorf Astoria. We were responsible for the architectural supervision and project management. The interior was designed by GA Design from London. The authentic structure of the houses brings a timeless Dutch history to the Waldorf Astoria brand. Prime period pieces, such as the staircase — rising through gleaming marble and stucco, Rococo licks and curls, and 17th-century ceiling paintings, have all been carefully restored. On top of this, we introduced an elegant, classic contemporary-styled layer with strong references to location and maritime history. Modern facilities are seamlessly integrated into the setting of period luxury. The transformation of the interior space references those famous Dutch paintings with views inside of views and carefully framed distant spaces.

OLIPHANT AMSTERDAM Client: First Sponsor Singapore Gross Floor Area: 24.300 m2 Completion: 2019 People’s working lives can no longer be seen as separate from their personal lives. The redevelopment of the Oliphant - an office building in the Southeast of Amsterdam - typifies the era in which we find ourselves today. It is a transformation of a closed 90’s office system into a transparent, ‘urbanized’ building — fit for the contemporary way of working, and one that is closely intertwined with our personal lives. The result is an iconic tower where people can meet, join forces, and exchange ideas This smart redevelopment is based on our REBORNprinciple: in which a building is only truly transformed once it is able to lead a second life. The Oliphant’s design is aimed at merging its functions into its surroundings. Where the building meets the city, it physically and figuratively opens up so that the hall becomes part of the public square in front of the building. This promotes contact and a form of intimacy between those using the building and the public. With an eye on longevity and sustainability, the Oliphant design targets BREEAM certification. The building’s energy demands have been reduced by way of a new transparent façade constructed with high isolation glass, that lets sunlight in and keeps heat out. Renewable energy, used for cooling and heating, is acquired from a municipal energy network and distributed through the building by using cooling/heating ceilings.

HOTEL ‘T KLOOSTER CURAÇAO Client: Curaliving N.V. Curaçao Completion: 2008 ‘t Klooster is a hotel located in Willemstad Curaçao. The Dutch word for monastery is ´Klooster´, which explains the name of the hotel. In the restoration process of this former monk home the objective was to preserve the monumental qualities and giving the additions a clear contemporary (modern) appearance, but always in keeping with the monument. When defining the new floor plans for the rooms of the hotel, the existing window and door openings were the guiding factor. Bringing back daylight in the building was another objective since it had become a dark “dungeon” over time. On the south and east side a deep “cavity wall” is introduced to serve as a buffer between the school and the rooms and it houses the bathrooms of the small rooms.

HOFPLEIN 19 ROTTERDAM Client: PPF Real Estate Holding Amsterdam, NL Real Estate Amsterdam and Arcadis Arnhem Gross Floor Area: approx. 16.500 m2 multi-tenant offices Completion: 2019 Behold the heraldic power new architecture had in Rotterdam. Office building Hofplein 19 is one of the first post-war constructions in Rotterdam Central District. It’s freestanding clarity, transparency and its iconic presence are evident. This resembles for most Rotterdammers the image of the Hofplein together with the Hilton Hotel and the Schiekade block. We like to ascertain that this memory should be cherished. The building is characterized as a free-floating office bar with stone heads on top of two small glazed objects that bear it. Which is the entry to the building and a petrol station. Note the delicate historical relation this office building resembles which it had with the higher-lying Hofplein terminus station. This setting is gone, the head station is demolished, now the reminiscent of the station is a green park. The opening under the building is thus a reminiscent a visual relation towards the station. The premise of the project is to allow for clear visual relations that allow for connecting the Hofplein square on to the higher-lying park. For this, we introduced renewed placid facades for glass objects under the office building and secondary to over emphasize the curtain wall façade of the office building. In this way, we emphasize the original ‘floating’ of the office building and it’s under lying opening. Thereby we enlarged the original entry to introduce the possibility for a café, which enhances the liveliness of the location. The placid underlying objects direct visual attention and pedestrian movements.

KEYNES BUILDING AMSTERDAM Client: APF International Design: 2017 Usually, the transformation of a building is the step following the end of its initial lifecycle. However, in the beginning of 2017, OZ was asked to investigate the possibilities of transforming the Keynes building from office to residential use. Even though the building is merely 11 years old. As starting point of the design we reuse as much of the building as possible. Façades are only changed where necessary. In order to compact the area and make maximum use of the building’s structural capacity, two floors are added on top of the building. Additionally, the existing floors are raised and used to prevent interventions in the buildings installation structure as much as possible and filled with extra insulation. The architectural premise of the building, continuous floor edges and recessed glass, is reinforced in the new design by adding balconies around the building. The balconies are large and light, made of steel and wood. As a result, the building immediately acquires a more informal character that is part of the transformation into a residential building.

VALINA AMSTERDAM Client: Bouwinvest, Peak Development Completion: 2015 Valina was completely renovated in 2014, so it meets the requirements of this time. The façade has new curtain walls that give it an open and transparent appearance. The installations of the building have been completely renewed and solar panels are installed on the roof. Three voids have been created which have improved the possibilities for use of the basement and the mezzanine. Because of the recent adjustments, the Valina building fits in well with the adjacent Casa 400 and the other innovations in the area such as the recently completed student complex De Feniks and the starters dwelling tower Het Baken. The building is located on a good view location on the Wibautstraat and can be considered as the entrance building to ‘het Eenhoorngebied’ area.

THE STUDENT HOTEL MAASTRICHT Client: TSH management BV Completion: 2017 The Eiffel Building is one of the rough diamonds of Maastricht. It has an unprecedented potential to evolve as a catalyst for the upgrading of the industrial Sphinx grounds. We are confident that The Student Hotel has the character traits that support the Eiffel buildingâ&amp;#x20AC;&amp;#x2122;s new identity, targeting young, creative and dynamic people to form the heart of the building. Giving them a sturdy site, central to the city! Through our design we merge the industrial character with an inviting, reserved but distinctive design in a timeless architecture. Zoning, circulation and logistics form the rational basics of the efficient and economic design. Within this framework, we try to find the common ground between decommissioning, maintaining and adding. We respect the character of the building while integrating The Student Hotel program carefully. This responsibility we like to pass on to the new young users. In the Eiffel building innovation, respect and relaxation are always present. Repurposing is the challenge of the 21st century. The current Eifel Building originated in different phases. Our goal as design team is to enrich the generics of this building with a flexible interior concept. Themes such as transparency and reversibility ensure that the building can adapt to the current and future needs. 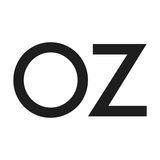