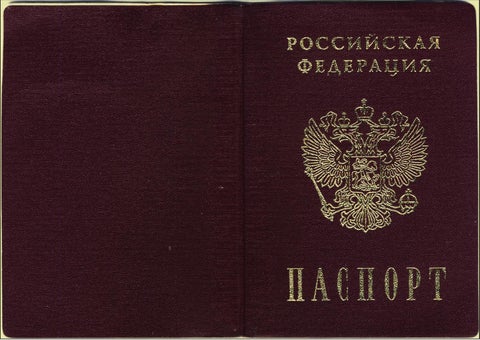 Reenactments are a popular pastime 3. among patriotically-minded Russians Unknown soldiers dancing Russian folk today: the war against Napoleon in 1812 dances with «the prosecutor of the or the Battle of Stalingrad or something Crimea» and sings a «Polite People»* song. else. But Russian are too busy playing in a reconstruction, that they aren’t noticed Polite people politely stand as they escalated into actual fighting. Polite little AKAs from their shoulders hang and camo is the politest of all hues Cooperative «eredovoe udogestvo» politely chevrons are torn from sleeves presents its own version of an historical battle reenactment in 7 polite faces hidden by polite stocking shafts polite smoke politely wafts parts with a prologue and epilogue. politely they’ll ask you not to pass or politeness will stand in your path P R O L O G polite politeness of people polite On the screen lights up epigraph from Karl nothing in this world has more might Marx “The Eighteenth Brumaire of Louis because politness is something Bonaparte”: History repeats itself the you can’t just acquire first time as tragedy, the second as farce. first you have to purge the impoliteness by blood and fire 1. and then a sunray will unfurl «Warning”: The Unknown Soldier (Roman Osminkin) announces: die Achtung! This Of polite gentleness dawing all over the world space is declared the territory of the 4. Russian Federation for half an hour”. Plays a chronicle of hostilities in the SouthEast of Ukraine. Unknown Soldier performs 2. A tank appears. «The prosecutor of the alarming march «Theater of Military Actions». Crimea» Natalia Poklonskaya (Anastasia Tee-Em-A Tee-Em-A Tee-Em-A Tee-Em-A Vepreva) gets out of the tank and presents Theater of Military Actions to an audience «passports of the Russian Federation». A popular song «The coup has There’s a war on over images, occurred - the Crimea became ours» plays: and it’s a holy war The real is thrown aside, The coup has occurred and symbols take the day armed seizure of power. See here, Blood has been shed on a mass scale the glints of Stalinism’s gilded stars in an anti-constitutional outrage. Frozen echoes of a voiceless vertical We don’t have the moral right And there we have the urgent siren’s howl to stand aside in front of people. Fixing-chorus-singing-drilling rage Our task is to establish and acursed passion storms the fields public prosecution in this country. forests and oceans, Power, Blood, throats full of ha-ha-holy oil Nyash-Myash to grease the catchword cords Blood, Power, and hit the road in sleighs the Crimea is ours. to be caught as bait _____________________________________ * Polite People - Russian armed forces, which appeared anonymously in the Crimea in March 2014 before anschluss.

5. «The prosecutor of the Crimea» Natalia Poklonskaya destroys the tank and falls to the floor in prostration.

6. Plays a chronicle of the 1st World War. Unknown Soldier sings the old Russian soldier song «The Fields of Galicia»: The Russian Brigade The Fields of Galicia took And the only reward they gave me Were these two cast-iron crooks Three of us left the village, Three of the village’s best But two stayed at Peremyshl To rot in the soggy earth

I’ll return to the village I came from I’ll build a cabin on the side The wind howls and my legs ache As if they were actually there. I’ll live alone on this earth No-one needs me; I don’t belong to anyone You’ll say, who is to answer For three dead men... The Russian Brigade The Fields of Galicia took And the only reward they gave me Were these two cast-iron crooks 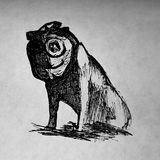