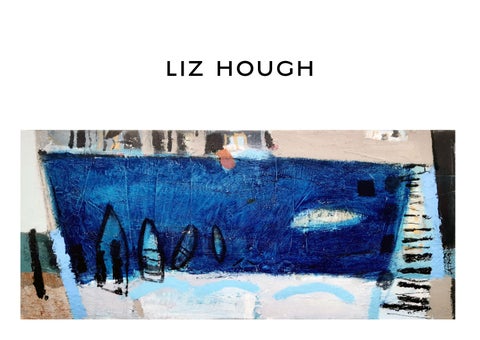 Liz Hough is respected as a painter of abstracted landscapes. This new work is a collection of personal reflections on time spent living and working in her hometown of St Ives, and includes subjects such as Harbour and Boats - Smeaton’s Pier, Norway Square – What’s The Weather Like? and Trencrom Hill.

Hough studied Fine Art at Manchester Polytechnic, achieved a post-graduate Diploma in Painting at the Royal Academy Schools in London, and later studied at the Accademia di Belle Arti in Perugia, Italy. Regarded as an artist in the Modern British style, her paintings are a continuation of work that rejects literal representation, taking instead a subjective approach to the visual experience of landscape. Her work responds to the rugged landscape of West Cornwall, where she lives, and the more pastoral landscape of Italy, which she visits regularly. ‘Place’ is of central importance to her paintings, which are composed in oil, acrylic, collage and painted papers, and rendered in a harmonious palette of both vibrant and low key colours. Using shapes abstracted from nature, she highlights simple forms and patterns in the landscape, arranging them into fragmented but perfectly balanced compositions that say much more about the spirit, energy, scale and texture of these locations than any purely figurative painting could achieve. The works of Peter Lanyon have been a particular influence, as seen in her tribute After West Penwith, of which Hough says “You must try and embrace the ghosts of the past, while still making works about your own stories and connections with the landscape and people. After twenty years here, I am still finding new places and events to talk about.” Hough exhibits regularly in the UK and Europe. She has undertaken residencies at Casa Manilva, Spain, and at Louisiana State University, America, and has created commissions for Fine Art Consultancy London and St Michael’s Chapel, Cordigliano, Italy. During her career she has received numerous awards including the Daler-Rowney Award at the Royal Academy Summer Exhibition, the Leverhulme Trust Scholarship, the Creswick Prize for Landscape Painting and the Landseer Scholarship Prize for Compositional Studies in Oils. Her paintings are held in private collections including the Bank of China Collection and the TSB Collection. 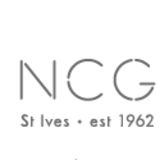