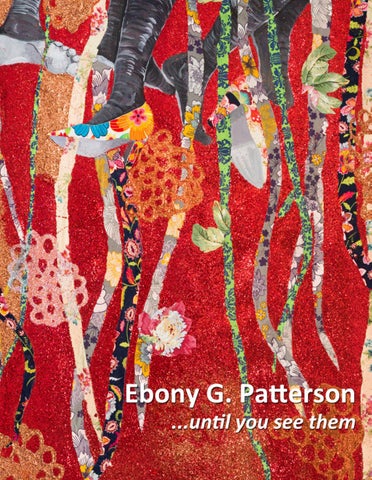 This publication was created on the occasion of Ebony G. Patterson’s second solo exhibition at moniquemeloche gallery.

For her second solo exhibition at moniquemeloche, Ebony G. Patterson presents ...until you see them, a series of new, large-scale, mixed-media works on paper. Patterson's signature, monumental mug-shot portraits have grown into complex groupings of full figures as she expands her exploration into the varied interpretation and appropriation of feminine archetypes by young men of the African diaspora. In this expansion, Patterson introduces the female figure to address modes of visibility and invisibility within a certain cultural code. Notions of the feminine, fashion, pattern, decoration and pastiche grow in ...until you seem them, as Patterson explores a new forest of figuration.

Past exhibitions include Caribbean: Crossroads of the World, The Studio Museum in Harlem, co-organized with El Museo del Barrio and the Queens Museum of Art, New York and travelled to Perez Art Museum Miami in 2014; GOLD, Bass Art Museum, Miami; eMERGING: Visual Art and Music in a PostHip-Hop Era, The Museum of Contemporary African Diasporan Arts (MoCADA), Brooklyn; 2012 Aruba Biennial: Happy Islands; 2012/2010 Jamaica Biennial, National Gallery of Jamaica, Kingston; and 2009 Ghetto Biennale, Grand Rue, Port-au-Prince, Haiti. The Huffington Post named Patterson one of the top 11 artists to watch in 2015. David Ebony listed her work at Prospect.3 in his top 10 list of artwork to see in 2014 on artnet.com. Her solo booth at Untitled Miami 2014 was lauded as one of the best in all the Miami fairs in both the New York Times and Financial Times, and Forbes Magazine singled her out as a highlight of Prospect.3.

Patterson was lauded as "30 Black Artists Under 40" by The

by ArtVoicesMagazine.com and graced the April 2014 cover of Frieze Magazine. Patterson is Associate Professor in Painting and Mixed Media at the University of Kentucky in Lexington and is currently on sabbatical and was just awarded a faculty research grant for 2015.

moniquemeloche was founded in October 2000 with an inaugural exhibition titled Homewrecker at Melocheâ&#x20AC;&#x2122;s home, and officially opened to the public in May 2001. Working with an international group of emerging artists in all media, the gallery presents conceptually challenging installations in Chicago and at art fairs internationally with an emphasis on curatorial and institutional outreach. 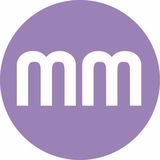 Ebony G. Patterson '...until you see them'

Ebony G. Patterson '...until you see them'