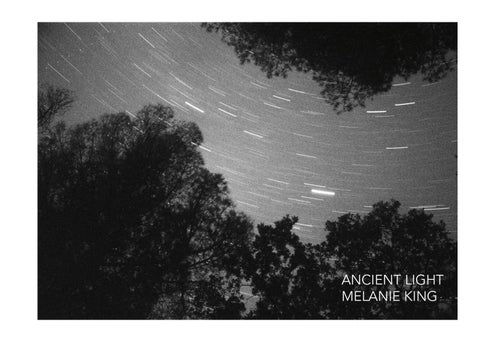 Ancient Light was born out of a desire to capture light from distant stars directly onto photosensitive film. Distinct from photographs of terrestrial objects, light travels for thousands, if not millions, of years before reaching the lens. To me, these images demonstrate the intimate material connection between humans, the landscape we live in and the space existing beyond our atmosphere. We are intimately connected with the stars, within the materiality of our being. Human life finds its origin within the stars. Astronomers have found out that elements such as calcium within our bones were made during explosions of massive stars. Tracing such material origins connects us, not only to our human brothers and sisters, but to non-human beings such as plants, animals and micro-organisms. Thinking as an interconnected planet, rather than as individual selves and separated states, allows us to consider the effect we have on beings surrounding us. During the 1969 Apollo 11 mission, the astronauts Neil Armstrong and Buzz Aldrin saw the Earth rising over the lunar surface. These men, and the astronauts who followed their leap into space, consistently saw the planet as a fragile eco-system which protects its inhabitants from the cold and hostile void of space. Originally, “Ancient Light” was inspired by the parallel histories of photography and astronomy. Of particular interest is the work of Sir John Herschel, the inventor of the cyanotype process and photographic fixer, and an astronomer in his own right.

William Henry Fox Talbot is well known for his contribution to photography, but less is known about his work as an official observer of the solar eclipse. The inventor of the daguerreotype, Louis Daguerre, was in conversation with François Arago of the Observatory in Paris and was heralded for his representation of the Moon within his famous diorama. James Clerk Maxwell is known for his work on formulating the classification of electromagnetic radiation, yet is also known for the development of the first durable colour photograph. To create the “Ancient Light” series of photographs, I travelled to dark sky locations away from light pollution. I was often alone outside in the darkness, an experience which I found challenging as a young woman. As a result, I am in awe of female astronomers and explorers who take similar risks on a regular basis. The starlit landscapes that you see in this book were created in rural areas of Italy, Iceland, Spain and Ireland. Within the United Kingdom, I travelled to rural Cambridgeshire, Lands End, the Lake District and Botany Bay, close to my home of Margate. Acknowledgements The Royal College of Art Tim O’Riley and Annie Cattrell Val Williams London College of Communication Research Louise Beer and Rebecca Huxley, Lumen Studios Kielder Observatory Theo Schlichter and the UCLO Observatory Melanie Vandenbrouck and Marek Kukula 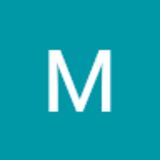