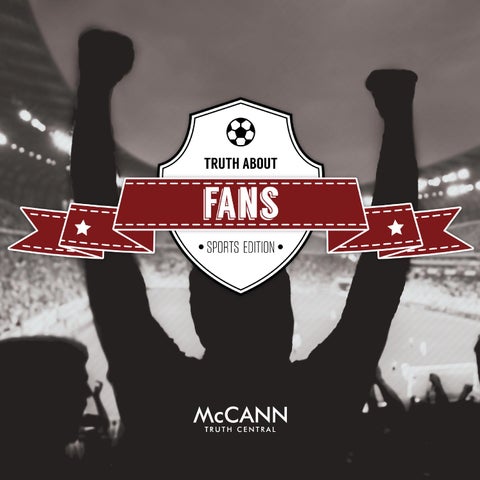 Quantitative data was used from the Truth About Globalization study, which surveyed 25+ markets worldwide.

The Truth About Fans: Sports Edition is inspired by the recently concluded 2014 FIFA World Cup. The event provided an ideal opportunity to study sports fans because a full 7 of 10 people globally say that they have an interest in sports, and a further 7 out of 10 said they were looking forward to the World Cup games in Brazil. The following pages will tease apart insights into fans of soccer in particular and of sports in general, although some of the biggest insights apply to fans of anything in the broadest sense.

FANS MATTER Fans, simply by virtue of the passion and connection they feel for a hobby/personality/pursuit, are a very special group of people. They are the most likely to talk about the thing theyâ&amp;#x20AC;&amp;#x2122;re passionate about, evangelize it to others, and according to some studies, spend more than non-fans.1 This spirit of loyalty comes through loud and clear in one South African soccer fanâ&amp;#x20AC;&amp;#x2122;s description of what it means to be a fan:

By virtue of these characteristics, brands today are obsessed with cultivating fans of their own. However, fan behavior is changing drastically in the face of new technology, social media and the overwhelming mass of content that is vying for their attention. How can brands understand their new behaviors in order to best engage with them? The Truth About Fans seeks to answer this question. But before it does so, it is worth exploring this idea of fans at the broadest level.

Think about things like music, film, sports, celebrities and brands. In general what kind of “fan” are you?

There are things I’m completely obsessed with; I’m a die-hard fan.

There are things I love and I would definitely describe myself as a fan.

There are things I like but I wouldn’t say I’m a fan of anything in particular.

For the full executive summary of this study, please email us at: truthcentral@mccann.com

Brands in recent years have been obsessed with talking to fans, a group of people whose passion for their chosen interest makes them more vocal and more evangelical than ordinary consumers. But fans’ behavior has changed in recent years; technology has empowered them like never before, and social media has spurred new forms of self-expression. The Truth About Fans looks at what this means for brands, and presents some essential principles for brands to follow in order to effectively engage the 21st century fan. 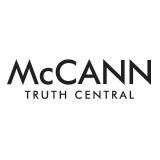