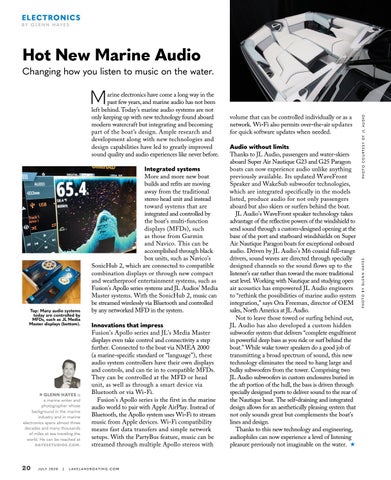 Changing how you listen to music on the water.

Top: Many audio systems today are controlled by MFDs, such as JL Media Master displays (bottom).

GLENN HAYES is a marine writer and photographer whose background in the marine industry and in marine electronics spans almost three decades and many thousands of miles at sea traveling the world. He can be reached at HAYESSTUDIOS.COM .

Integrated systems More and more new boat builds and refits are moving away from the traditional stereo head unit and instead toward systems that are integrated and controlled by the boat’s multi-function displays (MFDs), such as those from Garmin and Navico. This can be accomplished through black box units, such as Navico’s SonicHub 2, which are connected to compatible combination displays or through new compact and weatherproof entertainment systems, such as Fusion’s Apollo series systems and JL Audios’ Media Master systems. With the SonicHub 2, music can be streamed wirelessly via Bluetooth and controlled by any networked MFD in the system. Innovations that impress Fusion’s Apollo series and JL’s Media Master displays even take control and connectivity a step further. Connected to the boat via NMEA 2000 (a marine-specific standard or “language”), these audio system controllers have their own displays and controls, and can tie in to compatible MFDs. They can be controlled at the MFD or head unit, as well as through a smart device via Bluetooth or via Wi-Fi. Fusion’s Apollo series is the first in the marine audio world to pair with Apple AirPlay. Instead of Bluetooth, the Apollo system uses Wi-Fi to stream music from Apple devices. Wi-Fi compatibility means fast data transfers and simple network setups. With the PartyBus feature, music can be streamed through multiple Apollo stereos with

volume that can be controlled individually or as a network. Wi-Fi also permits over-the-air updates for quick software updates when needed. Audio without limits Thanks to JL Audio, passengers and water-skiers aboard Super Air Nautique G23 and G25 Paragon boats can now experience audio unlike anything previously available. Its updated WaveFront Speaker and WakeSub subwoofer technologies, which are integrated specifically in the models listed, produce audio for not only passengers aboard but also skiers or surfers behind the boat. JL Audio’s WaveFront speaker technology takes advantage of the reflective powers of the windshield to send sound through a custom-designed opening at the base of the port and starboard windshields on Super Air Nautique Paragon boats for exceptional onboard audio. Driven by JL Audio’s M6 coaxial full-range drivers, sound waves are directed through specially designed channels so the sound flows up to the listener’s ear rather than toward the more traditional seat level. Working with Nautique and studying open air acoustics has empowered JL Audio engineers to “rethink the possibilities of marine audio system integration,” says Ora Freeman, director of OEM sales, North America at JL Audio. Not to leave those towed or surfing behind out, JL Audio has also developed a custom hidden subwoofer system that delivers “complete engulfment in powerful deep bass as you ride or surf behind the boat.” While wake tower speakers do a good job of transmitting a broad spectrum of sound, this new technology eliminates the need to hang large and bulky subwoofers from the tower. Comprising two JL Audio subwoofers in custom enclosures buried in the aft portion of the hull, the bass is driven through specially designed ports to deliver sound to the rear of the Nautique boat. The self-draining and integrated design allows for an aesthetically pleasing system that not only sounds great but complements the boat’s lines and design. Thanks to this new technology and engineering, audiophiles can now experience a level of listening pleasure previously not imaginable on the water. ★

arine electronics have come a long way in the past few years, and marine audio has not been left behind. Today’s marine audio systems are not only keeping up with new technology found aboard modern watercraft but integrating and becoming part of the boat’s design. Ample research and development along with new technologies and design capabilities have led to greatly improved sound quality and audio experiences like never before. 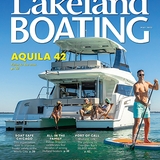 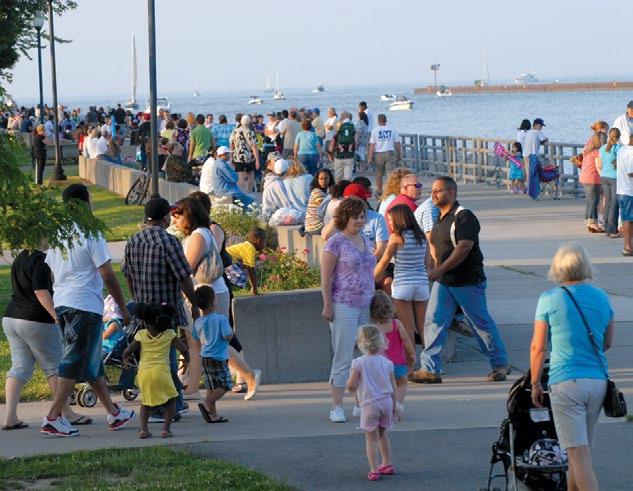 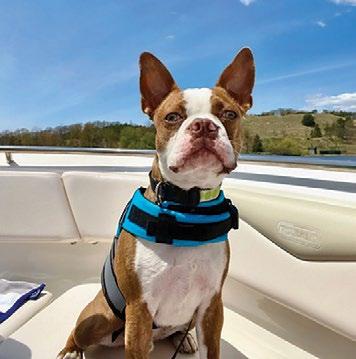 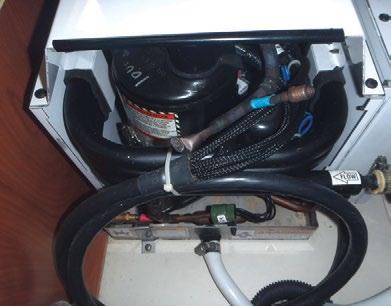 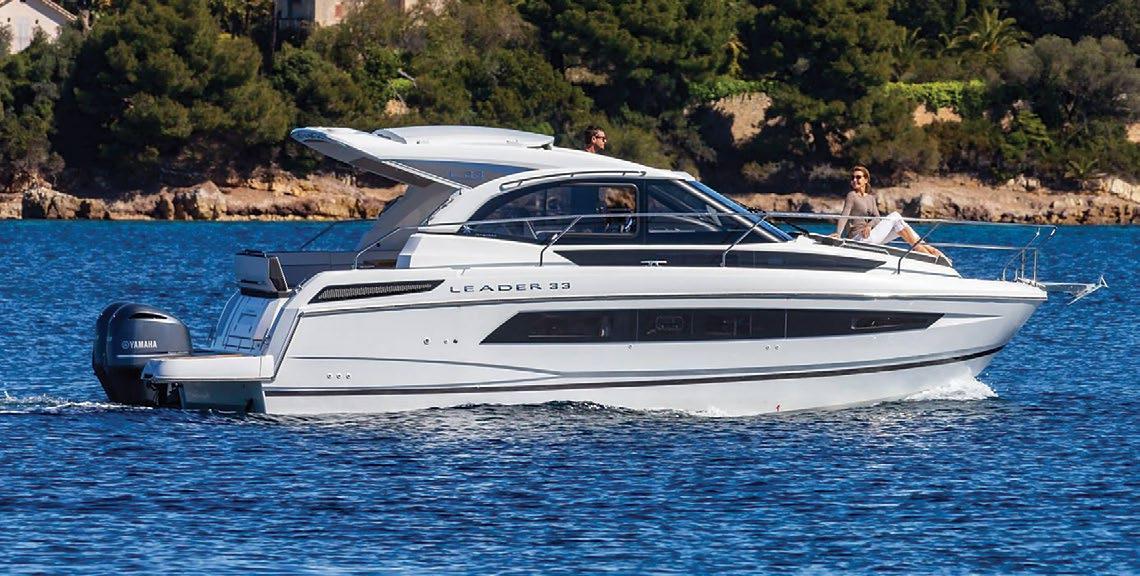 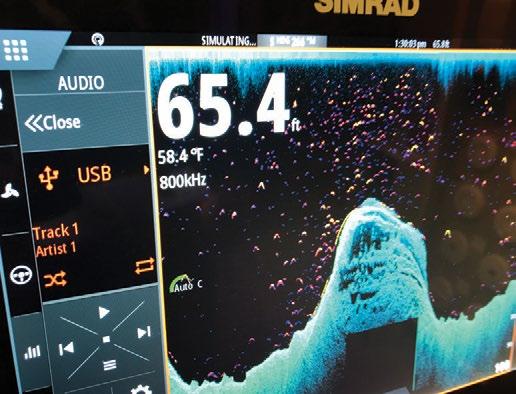 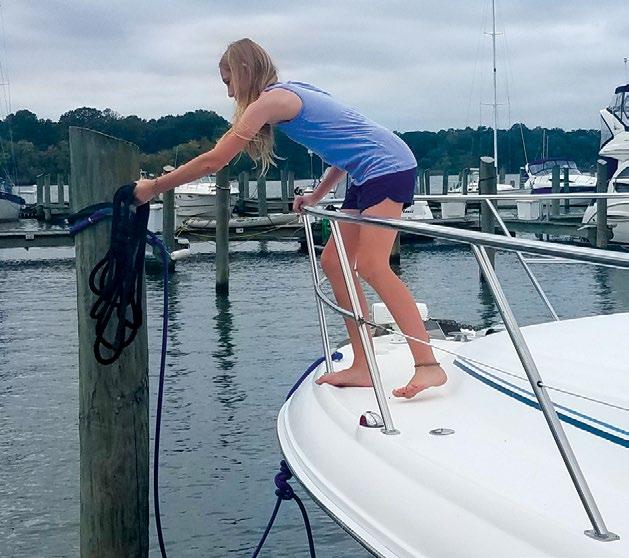 A stylish and versatile cruiser with a unique mezzanine. by Capt. Arnie Hammerman 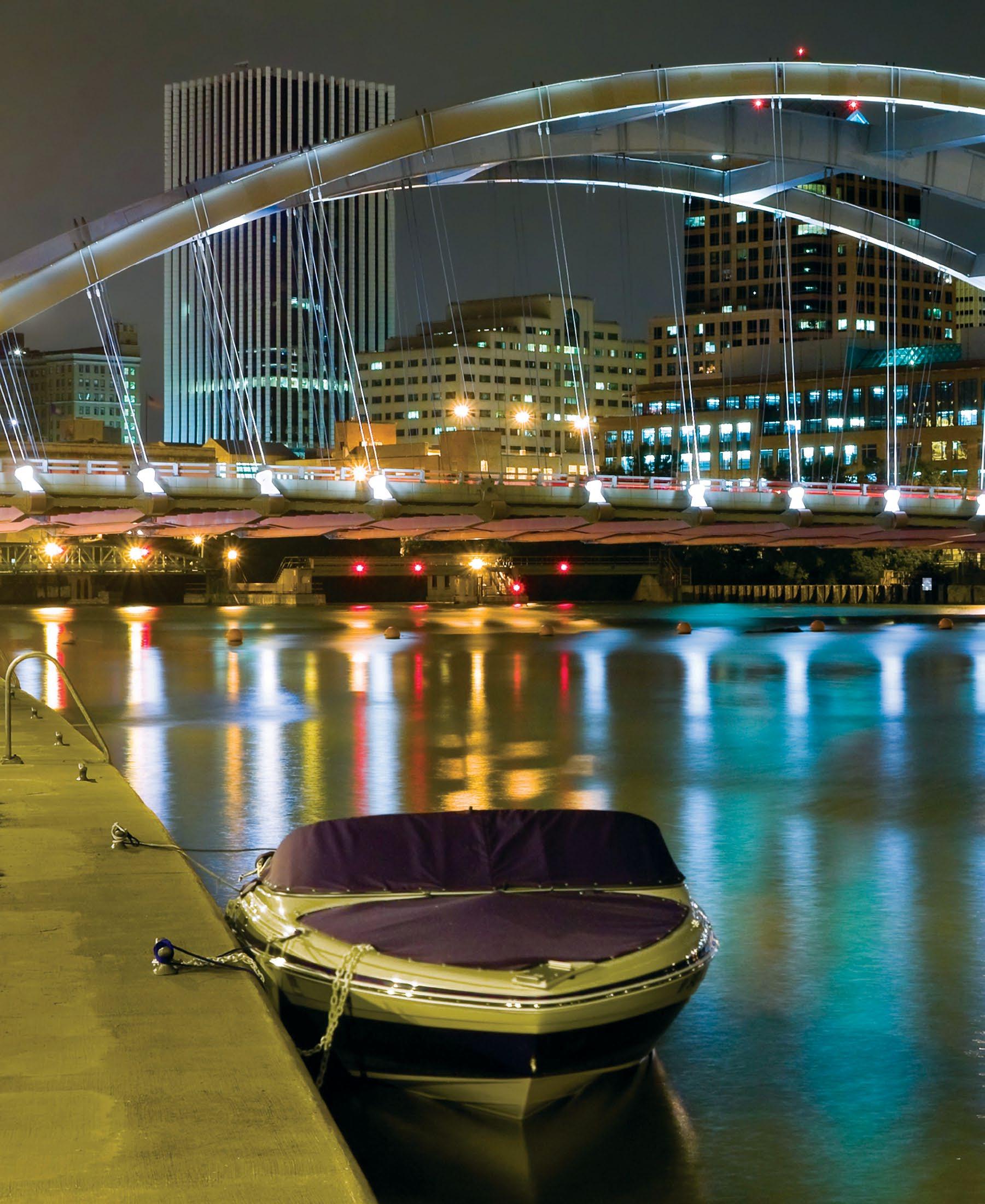 With an industrial history and thriving modern art scene, Rochester, New York is a top-notch destination on Lake Ontario. by Margaret Steiss