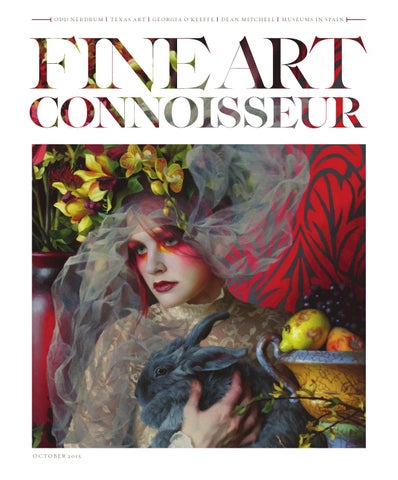 To celebrate its 50th anniversary and its status as a leading center for Spanish art, Dallas’s Meadows Museum will soon present more than 100 works from one of Europe’s greatest private collections. The Casa de Alba is the most illustrious household in Spain, with close ties to the monarchy dating back to the 15th century. Members of the family have intermarried with, among others, Britain’s royal Stuart dynasty, the descendants of Christopher Columbus, the French emperor Napoleon III, and even the Churchills. Along the way, they have acquired and inherited an extraordinary number of objects, now carefully preserved in their Palacio de Liria (Madrid), Palacio de las Dueñas (Seville), and Palacio de Monterrey (Salamanca). Among these treasures are paintings, sculpture, drawings, prints, manuscripts, books, antiquities, ceramics, metalwork, glass, tapestries, and furniture. Thrilled by this opportunity to present treasures that have never left Spain before, Meadows Museum director Mark A. Roglán invited no less than the former director of Madrid’s Museo Nacional del Prado, Fernando Checa Cremades, to organize the exhibition. Checa has traced seven periods of family history using works created by such masters as Fra Angelico, Reynolds, Renoir, Picasso, and Chagall, complementing them with loans of objects that once belonged to the Albas but now rest in museums worldwide. Among the star exhibits are one of Columbus’s logbooks from his 1492 voyage to the New World; a large double portrait of the Spanish emperor Charles V and his wife, Isabella, painted by Peter Paul Rubens after a now-lost canvas by Titian; and much evidence of the intriguingly close relationship between the portraitist Francisco de Goya and his frequent sitter, the 13th Duchess of Alba. The only venue to present this rare exhibition, the Meadows was founded in 1962 by the Dallas businessman and philanthropist Algur H. Meadows, who donated to Southern Methodist University his Spanish paintings, as well as funds to start a museum. The institution opened to the public in 1965, and now contains masterworks dating from the 10th through the 21st centuries, complemented by a regular stream of loans of artworks and exhibitions from the Prado.

A total of 180 artists will send paintings to the American Impressionist Society’s 16th Annual National Juried Exhibition, on view at Scottsdale’s Trailside Galleries. Its high point will come during the October 15 reception and awards presentation, when all eyes will be on judge Carolyn Anderson. Also on offer will be an array of educational programs both practical and contextual. The AIS was founded by the Florida painters William Schultz, Charlotte Dickinson, Marjorie Bradley, and Pauline Ney to bring together artists and collectors who share a passion for Impressionism. Equally enthusiastic about paintings made outdoors and in the studio, AIS members hold diverse views on light, color, form, and brushstroke, yet universally prioritize a direct and spontaneous approach to the subjects before them. Their annual exhibition, which moves from city to city each year, is always worth seeing, and autumn is an especially pleasant season to visit Scottsdale.

Founded in 1871 and headquartered in a historic brownstone in Greenwich Village, New York City’s Salmagundi Club is one of America’s oldest art organizations. A major source of annual

revenues, not to mention goodwill, comes via its American Masters Fine Art Exhibition and Sale, the sixth edition of which will occur this October. On offer will be more than 100 paintings, sculptures, drawings, and prints created by 40 of North America’s leading representational artists. Their subjects will range from landscapes and wildlife to still life and the figure. The exhibition opens on October 5 and can be visited for free daily. The real fun, however, begins on October 10, when featured artist Quang Ho demonstrates his technique. A workshop is set for October 11-13, and then on October 14, Fine Art Connoisseur’s Peter Trippi moderates a panel discussion on nocturnes. Two days later comes the main attraction, a ticketed gala featuring cocktails, live music, and the very first chance to buy the art on view