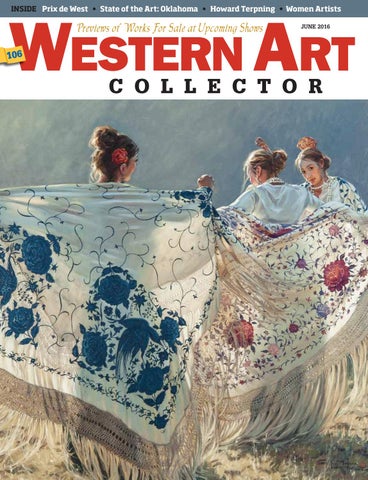 Michael Coleman, Dust Bath on the Nunga River, oil on board, 24 x 36&quot;

hroughout the countries in Africa there is diverse wildlife and landscapes to be discovered at every turn. In the upcoming exhibition Out of Africa at Trailside Galleries in Jackson, Wyoming, artists will display works inspired by the varied flora, lands and animals found across the continent. Participating in the exhibit are artists such as Adam Smith, Ezra Tucker, Guy Combes, Jan Martin McGuire, Julie Askew, Ken Carlson, Lindsay Scott, Michael Coleman, Pip McGarry, and Renso Tamse, among others. The artists featured, according to the gallery, have passion for both art and the conservation of endangered species and the natural world. As the gallery explains, “The world’s second largest continent, large predators roam the sweeping savannahs and open plains among huge herds of grazing herbivores, while apes, monkeys and snakes inhabit its dark, dense forests. Widely regarded as the place where human life originated, Africa is home to many of the world’s best loved and most fascinating animals, and sadly, to some of its most endangered.” In his painting Masai Giraffe, Carlson depicts a calf and its mother in the African wild. Describing the work, Carlson says, “Being the tallest animal in the world and also being a vision of incredible grace made an indelible impression when I first observed the Masai giraffe in its savannah environment. This young calf can already outrun its mother should danger approach.” Combes’ painting The Rainmaker showcases one of the largest land animals— the elephant. “In the shadow of the Taita Hills, where the soil is rich oxide red, the elephants coat themselves in mud and dust to cool themselves and repel parasites,” he explains. “The colors are intensely vibrant during the rains, when the sky is washed clean by passing storms, and the coarse, thorny scrub bursts into a riot of greenery and flowers. It’s a dazzling visual feast, which

compelled me to paint this homage to the famous red elephants of Tsavo.” Also inspired by the red earth of Africa was Scott, whose work Muddy Waters will be on display in the show. “The red earth of Africa, I love it, it is what I grew up with, I thought having these zebra drinking from ‘muddy waters’ would create an interesting color composition, reflecting the rich red tones they have on the tips of their manes and rumps,” she says. “I used a completely different and limited palette than I normally do. Zebras are an endless source of inspiration for me with their wonderful patterns and colors—an artist’s dream.” Another painting in the show is Askew’s

Lifeline – Wildebeest, which she hopes viewers will find interestingly dynamic and thought-provoking, as well as helping raise awareness. “All aspects of nature are linked in a life and death circle, every species depending on another to survive, the food chain of life. If a single element is drastically reduced or removed from the ecosystem, the knock-on effect can be devastating,” Askew says. “I am creating a new series of paintings to explore these links. After extensive research into aspects of conservation, I feel that a strong design element is needed to depict how closely linked and inter-dependent all species are. “The poaching for bush meat in Rift Valley

Province, Kenya, has recently escalated completely out of proportion and is creating an immediate crisis for reserves like the Soysambu Conservancy,” she continues. “Without the herbivores, the long grasses are free to spread, thus killing a range of shorter grass species. Insect numbers plummet and insectivore birds disappear. The predators look elsewhere and have started taking out cattle.” Out of Africa will be on view June 1 to 30, with an open house happening June 16 from 5 to 7 p.m. Fo r a d i re c t l i n k to t he e x h i b it i n g g a l l e r y g o to w w w. we ste r n a r tc o l le c to r. c o m