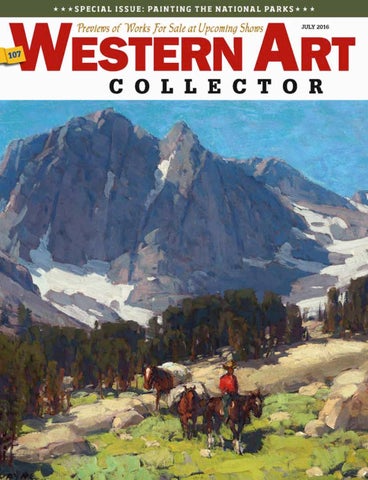 daho-based painter Robert Moore is surrounded by landscapes that offer a multitude of inspiration close to home. In his latest series, the longtime artist traveled mostly to central and southern Idaho, which collectively boasts the Snake River Plain, volcanic buttes and Borah Peak, the highest mountain in the state. “Just in the county I’m in, it goes from the Snake River desert, which is below 4,000 feet, up to 10,300 feet in mountains, so there is everything from desert to alpine scenes just in southern Idaho,” Moore says. Moore, an award-winning artist and plein air purist, is known for masterfully using light to display sharp contrasts. His specialties are landscapes, still lifes, seascapes and the occasional figurative painting, and his blend of brush and palette knife is distinctive. Approximately 15 to 20 of Moore’s newest works will be on display in the exhibition Progressions, running throughout July at Trailside Galleries in Jackson, Wyoming. Moore says the show’s title directly refers to his recent search, which stems from being colorblind. The search is about “knowing what feels good to me,” he remarks, “and what I see in other peoples’ work that I want, that I have to get to it different direction, just because of that

color struggle.” In the color spectrum, Moore can see yellow and blue, but is deficient in identifying the reds, greens, oranges, blue violets and blue

greens, he says. Despite the challenge, he has painted for at least 30 years, and finds that his works have become more complex. “I’m actually freer than I was in earlier years,” he elaborates. “Twenty years ago, I would try to keep track of all the different colors on the palette and mentally would try to do match and replicate certain tones, and temperatures, and it was very frustrating. What I’ve learned, and am learning still [and] working on, is to get that same sense of richness, of color, without having to answer with specific replication of the tones, intensity and hues.” Moore captures the Boulder Mountains of central Idaho in Evening Light. The oil on canvas came together easily, he says, adding “It was Watering Hole, oil on canvas, 15 x 30&quot;

toward sunset, so it was just a beautiful arrangement of those central Idaho forms, the mountains and the trees, and the snow,” Moore describes. “It was one of the first nice days; part of the snow had melted.” He painted Beckoning from a photographic reference, choosing to feature aspen trees with white trunks in part because of his color blindness. “I chose Aspen because they are so forgiving, and I can focus on the color, light and the design,” Moore says. “I can push the light in those aspen trunks any direction I want.” Unlike his other works, Watering Hole is based on a scene Moore found in central Florida, during a painting trip he took to Key West. “Cattle are really interesting. I don’t know if they’re just curious, or think they’re going to be fed,” Moore explains of the Bovine work. “I started painting, and by the time it was time to paint that part of the painting, there were cattle lined up in a line, so I just decided I’d just throw them in as a dark mass. It was interesting.”