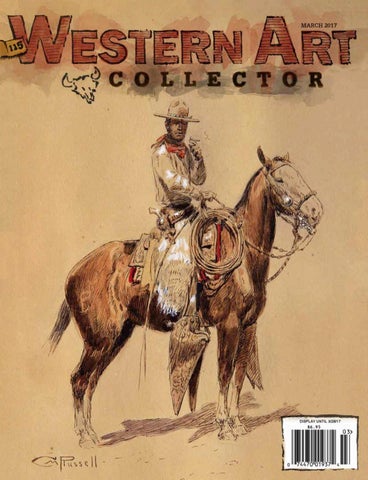 ature has a funny way of stunning viewers with its beauty, and then ripping it all away as the light fades, shadows change and moods turn. Every February, for roughly 10 days, the setting sun hits a Yosemite waterfall at the right angle, creating the illusion of fire falling down the side of the towering rock face. It lasts 10 minutes, and then it’s gone—it’s poetic, but also almost cruel that beauty be so fleeting. Robert Frost pondered this very theme in one of his most famous works: Nature’s first green is gold, Her hardest hue to hold. Her early leaf’s a flower; But only so an hour. Then leaf subsides to leaf. So Eden sank to grief, So dawn goes down to day, Nothing gold can stay. For Colorado painter Jay Moore, he finds permanence in the paint and also his own memories of the golden places that inspire him. “Big decisions are made out there in the wild, in nature. Certainly with the concept, color scheme and compositions, but also so much more. Being outdoors can bring great gifts, from just amazing wildlife to beautiful light,” Moore says from his studio and gallery in Parker. “It’s all serendipity, everything. I’ve painted lakes when they are totally calm and you can see reflections in the surface of the water. That’s a gift. I’ve also painted when nature doesn’t cooperate with you. You have to take what you can get. It’s like reaching into a grab bag. It keeps this surprising and challenging. When it does give you something amazing it can only last a few minutes and then it’s gone. Monet said light changes every six minutes. That’s not quite right, but it’s close. When you’re painting you’re recording a moment that might not ever exist again.” For his new show, A Life Outdoors—opening March 1 at Trailside Galleries in Scottsdale, Arizona—Moore has put a renewed attention into his works. In addition to spending a great deal of time outdoors, he also turned down some major museum and gallery exhibitions with the intent of focusing more on this solo show at Trailside. The new collection will feature 10 works, many of them bigger pieces measuring as large as 30 by 40 inches. “I always tried to juggle too much between shows, and for this one I really wanted to put everything else aside. No teaching, no other shows…I turned down some great things, but it was all to put together the best body of work I could,” he says. “It’s always a risk to turn things down and be seen by fewer people. It’s like a new

It’s like a new actor who takes on every role to get exposure and keep working. Then they realize they don’t have to take everything, and can focus on certain kinds of characters or roles, and really throw their heart into everything they do.” Pieces in the show include Sunrise on St. Mary Lake, one of Glacier National Park’s famous glacier-fed lakes. The lake’s pristine waters cut diagonally through the composition and bisect two distinct sections within the painting—a shaded patch of forest in the foreground and brilliantly lit mountain peaks along the distant shores. The piece has everything that Moore is known for: his gorgeous depiction of light, here rendered with majestic clarity and depth; the balance of the scene’s fine detail and more painterly brushstrokes; and his delicate use of color, the likely product of many hours admiring sunsets. This Montana piece also highlights Moore’s recent straying from Colorado, his home state, one he regularly favors when it comes to his paintings. “I just really wanted to show other places,” Moore say, “which is why you’ll see some works from the California coast, Hawaii and other places. It’s been fun to explore these new locations.” One of his California pieces is Sunset in Laguna, which turns its attention directly to the sun as it bathes a section of beach in glowing

Jay Moore in his Colorado studio and gallery.

golden rays of light. “It’s always been an artist no-no to turn your attention right into the sun, but I wanted to challenge myself,” Moore says, adding that he also tried something new with Wailea, set on a Hawaiian beach. “Wailea is the first easel painting I’ve ever done from Hawaii, and I had fun with it with the waves and the sand. Compositionally, there was a lot there to work with.” Joan M. Griffith, director of the gallery, says Moore’s new works will astound new and

diehard collectors. “Landscape art has always been prominently featured in our gallery and, over our many years in business, it is safe to say that we have represented some of the finest, living American landscape painters. We jumped at the chance to represent Jay Moore when the opportunity arose just a couple of years ago and are now very pleased to be able to present this one-man show for him at our Scottsdale, Arizona, gallery,” Griffith says. “Jay has devoted

much of the past year to prepare this newest collection of work for our show and collectors will not be disappointed. Among the offerings are paintings from his usual haunts in his home state of Colorado, but also works inspired by Glacier National Park, and seascapes from the California Coast to Hawaii. This new body of work is a testament to his ability to capture both the subtleties and the vastness of our great American landscapes.” Other works in the Trailside show include March Shadows, a winter view of a forest stream, and A Glance at Autumn, which offers a look across a river that is lined with seasonal

color. A Glance at Autumn has another major Moore hallmark: crystal-clear water, its surface like glass, with submerged rocks visible under the gently moving current. Moore is a master at water, and it shows with works like this one. In South Fork of the Flathead River he again shows rocks resting at the bottom of a pristine lake, but here the uneven reflection allows Moore to paint the rocks and the surface of the water under two different kinds of light. The piece also has a deep personal connection to Moore, but that’s not unusual, the artist says. “I mentor artists and occasionally they ask if I paint for a market. I tell them that my

job is to paint honestly, to paint with honest emotion—not fake emotion, real emotion. And that means painting for me, not the market,” he says. “Another reason I paint is for the act of painting, spending that two weeks, or however long it takes, to get it right. That time is a pleasure for me. My quest as a painter is to record what I see, and that act is enough of a reward that anything else is extra. And then I’ll think about the piece, and all these fond memories flood over me.” Moore puts it into further context with South Fork of the Flathead River: “Growing up I had a best friend, and him and I were inseparable.

I had two brothers, but we weren’t as close as me and my friend. He moved to Montana and I saved up my money to go visit him and I did,” he says. “I get there and he shows me these spots on the Flathead—we were two kids in paradise. We camped and hiked and fished. Many years later I made a spontaneous trip back to Montana, and he surprised me and we went back to that spot on the Flathead. We swam in the same hole, and this was 40 years later. Some rocks had fallen in the water and a forest fire has happened nearby, but the scene was identical to the time I was there before. It is a special place for me. So when I think of South

Fork of the Flathead River that’s what I think of. Whether anyone knows or cares about the story, it’s a part of me. So when someone looks at it and relates it to their own life—maybe they proposed to their wife on the same spot or place that looked similar—then we have a connection to that beautiful place.” Letting go of a piece that personal could be a miserable and confusing time for an artist, but Moore doesn’t see it that way. The act of applying the paint and accomplishing the scene is a refreshing catharsis, a release that many artists will likely empathize with. The paintings have new homes to go to, and

Moore has new stories to tell. After all, nothing gold can stay. But a new day will dawn and with it lots more gold.