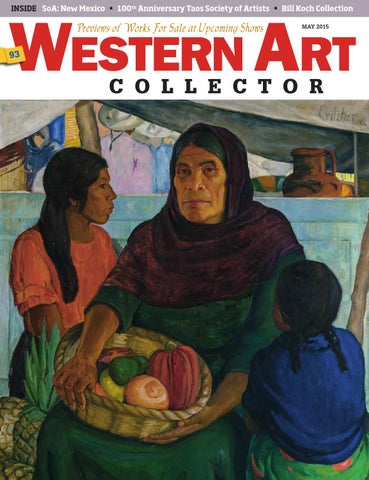 uring recent trips to New England and the East Coast, oil painter Robert Duncan was struck by the rural nature of much of the landscape. “Even though it’s one of the earliest settled parts of the country, they saved many of their open spaces,” Duncan says. “They’ve really clung to these ideas of rural and village lifestyles.” These images of rural life—picturesque snow panoramas, fertile farm landscapes, and coastal scenes with lobstermen and fishing boats— form the basis of Duncan’s new exhibition, titled Coast to Country, opening May 4 at Trailside Galleries in Scottsdale, Arizona. The Midway, Utah, painter says that industrialization has not touched every corner of the American landscape, and that inspires his work and “pleases and renews the soul.” “Even if we can’t all live in these wonderful places, to know that they at least exist and that we can visit them brings me great comfort and peace,” Duncan says. “These are based on people and places I know, though I paint them with a timelessness. I’ve always felt like we don’t have to leave all of that behind. People might say that these scenes don’t exist, that I’m

being idealistic, but the truth is they do exist. When we have a snowstorm the kids grab their sleds and run out to play. These are very real places with real people.”

Works in the show include December Sunshine, featuring a female figure walking through a snowy landscape on a farm road, and Island Sunset, set on Monhegan Island off the coast of Maine. The fishing and lobster community has been largely forgotten by time, and Duncan captures that with his scene, featuring a kneeling boy watching a trio of ducks and a lobsterman rowing out into a cove overlooked by a variety of structures built on the rocks. In other works, including To the Barn and A Garden on the Coast, Duncan paints the bounty of light and nature: farm animals on a ranch, tall green grasses, crystal-clear sky and an overflowing vegetable garden. These scenes are regarded as wholesome allAmerican scenes, but the artist has found they are universal images since he began posting his works to social media sites like Facebook. “I’ll get comments from people in Cairo, Pakistan, and Turkey and they can all relate to Island Sunset, oil on canvas, 30 x 48&quot;

the work. There is a universal love of nature and family, and of those simpler times,” Duncan says. “I’m not trying to push that this kind of farm lifestyle is the only lifestyle that matters, but I think it’s healthy to stay in touch with those things, even if it’s just planting a small garden on your balcony or patio. Being connected to nature is just a wonderful experience unlike anything else.” At the root of these images are hope and happiness, emotions that Duncan tries to capture in his paintings. “I think of Norman Rockwell a lot. I don’t compare myself at all to Rockwell, but the things he painted had positive themes. Some people called him too idealistic or not realistic, but look at his works and you realize he painted things that people could relate to, things they desired and tried to attain,” Duncan says. “If we focus on the positives and more hopeful aspects then we’re headed to a good place.” Fo r a d i re c t l i n k to t he e x h i b it i n g g a l l e r y g o to w w w. we ste r n a r tc o l l e c to r. c o m