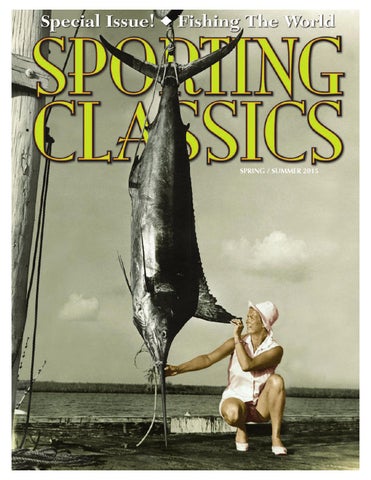 hen standing in a grand room—be it the sanctum of a private collector or art gallery—full of original Brent Cottons, the tantalizing question isn’t deciding whether the Montana landscape painter is a master of portraying angling dreamscapes; it’s facing the difficult choice of which window into fishing Eden do we wish to escape? Above the fireplace mantle, contained within frame number 1, might be Catching the Light, a vision of pure bliss that could convince even the most agnostic religious thinkers to believe there indeed is a heaven. Or hanging on the den wall you might spy Fly-Fisher’s Paradise, in which the tiny silhouette of a long-caster is dwarfed by a luscious, aquamarine pool that instantly locks you in revelry; or maybe it’s the transcendent magnetism of Twilight Camp, an impressionistic piece that portrays three boat mates gathered ’round a riverside fire, sharing tales of big fish rises and sips of finely aged Scotch. Are you hooked yet? If there is a single description that can be attached to Cotton’s visions, it’s that they are intensely “soothing.” Our eyes bask in fluid illumination. Light sets mood, design pulls us in deeper, as if we’ve entered a trance. Pouring forward are memories of other days, earlier ones, in our own lives when a sense of belonging etched

The Bitterroot River glides through a colorful autumn corridor in Brent Cotton’s October in Montana.

otton prefers various palette knives for applying his oil paints, in this case for Catching the Light, a sunrise scene on the Bitterroot River.

itself into our psyches. If you don’t know the feeling, then Cotton’s scenes are still impactful as beautifully rendered landscapes, but they are especially potent for those who savor the elemental aesthetics that draw us to our favorite fishing waters. Rabid angler Stephen Jones and his wife, Stephanie, own 16 of the artist’s originals, two in every room of their home in Minnesota. Jones, who is often is on the road traveling for work., laments: “When you are living out of a hotel room every week coast to coast, there’s nothing like the feeling of coming home to your family. Brent’s art gives us a sense of calmness and peace,” he says, noting that the paintings are like eddying out of turbulence into a meditation. Having floated Montana’s Bitterroot River fishing with Cotton minding the oars, Jones says that he’s witnessed firsthand how authenticity of experience is part of his friend’s artistic being. “When you walk in and see a work like Blue Willow or Morning’s Allure—paintings that depict stretches of my favorite western rivers—you instantly imagine yourself fishing but Brent makes it seem like you are actually there. I’ve never been affected that way by the work of another artist.” Gloaming backlight—the warm, muted, atmospheric radiance that comes at sunrise and sunset—is not always the focal point but it’s a recurring theme in his work, Cotton says. It’s the changing effulgent light, distilled in momentary fragments, that can turn a somewhat drab or mundane scene into something sublime. Bringing action to halting pause, it can cause those parked in a river bend to forget about the

“For me light has a spiritual quality, it is what breathes life into the scene and can conjure up a whole range of emotions,” he says. “That’s why it’s so powerful and intriguing to me. I will never tire of trying to portray it in all of its complexities.”

ly Fisher’s Montana depicts one of the High West’s most picturesque trout streams and a great river for fly-casting to wild cutthroats.

trout and simply dwell in pure awe. “Trying to capture sunlight with paint can be a very frustrating experience due to the simple fact that paint can only get so bright and you have to compensate for the lack of brilliance in what you convey by enhancing the contrast, deepening the shadows,” Cotton explains. In other words, it’s the dynamic visual interplay between light and dark, night and day, conscious sensual absorption of a place, and the invisible elements that flood our minds and hearts that Cotton strives to pack in. The end goal is tonal harmony. S

orn in 1972, Cotton was raised in Kansas, though his early childhood origins can be traced to a family’s cattle ranch in Idaho, where the ritual of interpreting his surroundings via sketchbook was instilled courtesy of a doting grandmother, herself a watercolorist. The wilderness of the northern Rockies imprinted upon Cotton, and he felt forever pulled back. After high school, he worked as a

hunting and fishing guide in Idaho and Alaska before relocating to Hawaii, then eventually settling in the Bitterroot Valley of Montana with his wife, Jennifer, and their two kids. Along the way, he experimented in carving, sculpting, and painting. He credits his mentorship with renowned Western art master Howard Terpning and Christine Verner, who encouraged him to break away from photorealism. It led to what has become a constant progression of critical acclaim. One work, titled Evensong, which features a single swatch of sunlight on a Western mountain lake, earned top honors—including a People’s Choice Award—at a major art competition. Another work netted the Charles M. Russell Art C S

I said was, ‘Be creative,’ and I received an incredibly gorgeous painting,” Thams says. “What I appreciate about Brent is that he’s selective about where he shows and how many paintings he makes. He could be churning works out but he doesn’t. His focus has been on quality, not quantity, and as a result, people really respect him. Plus, he’s one of the finest guys I’ve ever met.”

first interviewed Cotton half a generation ago when he was just starting his career, breaking out as a painter who showed the kind of promise that put him on the radar screen of discriminating art collectors. In those days he was still finding himself as an artist. I asked him recently what is behind the confidence that now sets him apart and defines his work? “Maturity,” he replied, “and miles and miles on the brush. There’s no compensating for a lack of it.” He invokes the notion that before skill in any endeavor becomes ingrained and second nature, one needs to log 10,000 hours of behind-the-easel practice. “I’ve focused diligently over the years on not only improving my technical proficiency, but also on attempting to understand and convey my subject matter more convincingly,” he explains. “I believe it’s only by observation, experimentation, and truthfully, enduring a lot of bad paintings that never saw the light of day.” Some of the pain, he says, is eased by the fact that a necessary part of field observation means wielding a fly rod, wading or floating rivers and streams, catching and releasing fish. It’s knowing that selecting the right brush and mix of paint is as important in achieving a memorable day as choosing the right flies that you tied over the course of long winters. “Rivers and fly fishing have been a prevailing theme in my work, and

Museum’s first CEO Award and, in turn, Cotton has become a regular at the prestigious Prix de West Invitational (America’s top Western Art show) in Oklahoma City. Anne Morand, a respected art historian who had been a museum curator at the C. M. Russell Museum in Great Falls, Montana, the Thomas Gilcrease Art Museum in Tulsa, Oklahoma, and the National Cowboy &amp; Western Heritage Museum in Oklahoma City, praised Cotton as a sportsman who brought a 21st-century fine art flair to traditional sporting art. Gary Thams, who divides his time between Spokane, Washington and Scottsdale, Arizona, says the first of a half-dozen Cottons he owns was purchased as a commission. “I wanted him to paint a river. All S

I’m blessed to live in one of the best fly fishing areas of the country,” he says. “It’s very hard for me to be in the studio when the bugs are hatching and the fish are rising. “Jennifer jokes that I’m a full time fly fisherman who takes a little time off now and then to paint. There’s been many a day that I’ve taken both my paints and fishing gear with me to the Bitterroot River, and fishing seems to win out every time.” It isn’t just sportsmen and women, like NBC News anchor emeritus Tom Brokaw and longtime sports announcer Brent Musberger, who collect his work. His paintings have also attracted the attention of connoisseurs like Oprah Winfrey. Although Cotton’s portfolio today is distinct, it is a confluence of things he’s learned by studying the techniques of deceased and living masters. He cites the watercolors of Winslow Homer (1836-1910), the master of expressing more about hunting and fishing by saying less; James Abbott McNeill Whistler (1834-1903) and George Inness (1825-1894), whose approaches to light and mood (a style called luminism) make them standard bearers; and Ogden Pleissner (1905-1983), whose passion for fishing erupts and ripples in his art. Among older contemporaries, he invokes Thomas Aquinas Daly (b. 1937), the genius of transforming game animal still life’s into something more, and Russell Chatham (b. 1939), the legendary angler, restaurateur, and painter.

rtist Rob Stern, founder of Samarah Fine Art Gallery in Whitefish, Montona, has watched Cotton evolve. “He is the only artist in my gallery, aside from Russell Chatham, to whom I’ve never had to return a painting because it didn’t sell. “It means that Brent’s work moves quickly and isn’t here very long after it arrives.” As diverse as Cotton is with the C S

stated, like in a highly detailed photograph, it’s far less interesting. “When I first started painting, I wanted my work to appear photographic, with every blade of grass, leaf, and hair rendered. Moving toward impressionism and tonalism has been a process, and I still struggle sometimes with overworking the piece and fighting the urge to put in more information than is necessary.” Once, not long ago, I interviewed William Kerr, co-founder of the National Museum of Wildlife Art and the son of a man who had been governor of Oklahoma, a powerful US senator, and founder of a major energy company. The Kerr clan had a modest ritual: spending weeks of every summer on Pelican Lake in

says Cotton of his 7- by 9-inch oil, Twilight Camp. Even this painting was created with a palette knife.

variety of settings he celebrates, none could be considered cliché, Stern adds. “There are older, more acclaimed landscape artists who paint the obvious and their works are indistinguishable from each other. Brent takes something that could be considered ordinary and makes it sublime, whereas others stumble upon something that could be sublime and render it ordinary.” “Ultimately I want the viewer to be involved in the painting, filling in details with their minds,” Cotton says. “I think if everything is rigidly S

northern Minnesota where they fished for walleyes, northern pike and smallmouth bass. “When I was a boy, we were out in the boat and I had become impatient because we weren’t catching any fish,” Kerr recalls. “I expressed that disappointment to my Dad. He said something I’ve never forgotten. ‘Son, someday you’ll know that what’s really important isn’t the number of fish, it’s us being out here together.’” Brent Cotton conveys that wise, eternal sentiment in paint. He gives us glorious mental spaces that we can inhabit together. They’re not fleeting or inconsistent as dreams can be. They’re on the walls, always waiting for us to be carried away by a river. C S