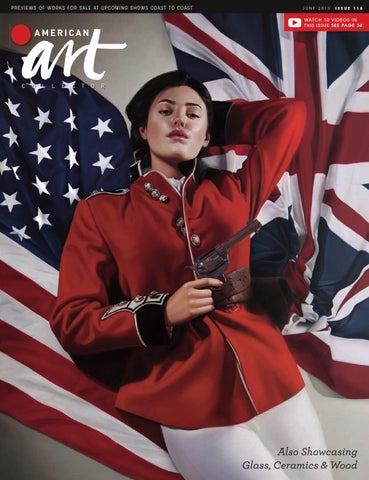 rent Cotton has taken two classic styles of painting—luminism and tonalism—and breathed new life into them with his tranquil landscapes filled with mood, atmosphere and peace. “It’s the peacefulness that really gets me. Because in these periods of our hectic lives, we desire some peace and contemplation,” the painter says. “This kind of art helps me unwind and de-stress. And I think viewers feel that way, too. These scenes have a timelessness to them, and that’s very comforting and peaceful.” Cotton, who lives in Stevensville, Montana—and paints many of his works based on locations within two miles from his home and studio—says his particular style, involving tonalism’s mistiness and luminism’s depictions of light, has evolved over many years. “I went from more tightly rendered to looser and more painterly,” he says. “I’m much more confident leaving areas understated and simplified. It’s more of a contemporary interpretation, but keeping it very traditional and representational.” One way he keeps his style simplified is with palette knives, tools which force him to stay loose with soft ethereal edges, but also allow him to get razor-sharp edges. He estimates that 75 percent of his work is done with a palette knife, and much of that with one particular knife that has proven its worth many times over. “If it ever broke, I would have to give up painting and go fishing,” he says. Cotton’s river and landscape scenes will be featured in the solo exhibition Fleeting Effects of Light beginning June 1 at Trailside Galleries in Jackson Hole, Wyoming. The show will include two river scenes, A Morning to Remember and Reflections of the Morning, both of which contain the tiny silhouette of a fisherman casting into a river’s metallic sheen. Other pieces include the evening river scene Last Glimpse of the Day, with an osprey nest on an electrical pole, and the

scenes where the lighting is not going to last very long. It’s the golden hour of the day, when everything is bathed in that orange and gold light. It’s magical,”

Cotton says. “I wished it lasted forever, but the fact that it doesn’t makes you savor it so much more.”