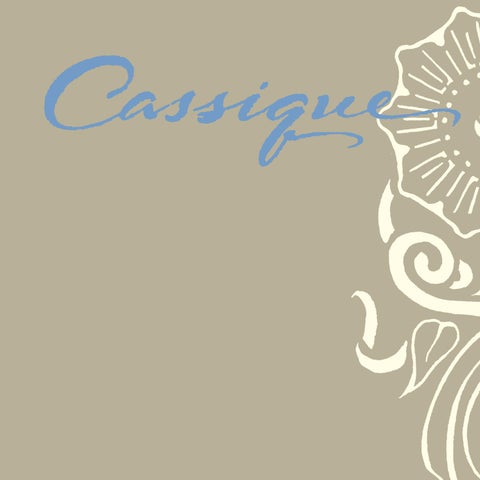 Before the first English settlers arrived, before there was a Lowcountry, a clever Kiawah Indian chief held sway over this pristine land. Its promise remains; removed, graceful surroundings near the sea in which to live out your dreams with a name to honor its legendary steward. This is Cassique.

Cassique is that rarest of settings. A private golf community where the Kiawah River joins the Atlantic Ocean. Kiawah Partners has combined influences of the past with the

flair and styling of the present. River and ocean. Gardens and greens. Sporting life and healthful pursuits. Privacy and accessibility. Charleston and Kiawah.

Our vision for the landscape of Cassiqueâ&#x20AC;&#x2122;s entryway gardens, native grasses, and pond edgings was to create an Eden utterly unique to this environment. James Van Sweden, Pound Ridge, NY

From delicate gardens to rolling, velvety fairways; from solid, old-line craftsmanship to the chefâ&#x20AC;&#x2122;s special herb garden, the essence of design lies always in its details.

The welcoming smile of Francis at The Gatehouse.

You learn, from observing nature, the importance of moderation and reserve, of simplicity of intention, directness of purpose, and the inestimable value of the quality called â&#x20AC;&#x2DC;breadthâ&#x20AC;&#x2122; in painting. Gertrude Jekyll, Preeminent Landscape Architect (1897) Freshfields Village

Kiawahâ&#x20AC;&#x2122;s air is salubrious and rendered exceedingly soft by the salt vapour that rises from the sea. Colonel William Pierce, Colonial Army (1782)

Kiawah is an uncut jewel. This oyster-shaped island is tranquil, restrained in its development, and possessed of the same natural beauty that greeted the English when they first set prow here over three centuries ago. The Philadelphia Inquirer

The surf at The Beach Club

On the Kiawah River by Cassique

Beside Cassique lies Kiawah, both having had their progress and planning guided by Kiawah Partners for more than twenty years. Kiawahâ&#x20AC;&#x2122;s ten-mile ribbon of Atlantic beachfront, ever-changing marsh grasses, maritime forest, and dozens of ponds provide a nurturing habitat for hundreds of wildlife species. Cassique homeowners are members of the Kiawah Island Club with access to all Kiawah amenities, yet our families may retreat, at their leisure, to the privacy of Cassique.

Each home is designed with an affinity for the handsome, practical, and genuineâ&#x20AC;&#x201D;renewing Arts and Crafts ideals for gracious living with a relaxed Carolina Lowcountry influence.

Cassiqueâ&#x20AC;&#x2122;s homes enjoy golf, creek, marsh, and long ocean views from large, well-planned sites. The architecture, with a nod to British countryhouse architects Lutyens and Voysey, is cozy and comfortable.

Summer House at The Beach Club

Tom Watson has fashioned an intriguing 18 at Cassique, one that’s startling in its early holes, but ultimately stunning in its entirety...Watson captured the look of an early American designer, like Donald Ross, who shaped bunkers and greens with mules and scrapers. The greens hug the lay of the land, their contours demand concentration, and the harsh edges of bunker slopes serve to define shots from a distance... Cassique shows imagination and promise.

Your days will be enriched by neighbors who have lived all over the world. And, as a Kiawah Island Club Member, multiple amenities await pursuit of your passions: the emerald elegance of Tom Fazio’s River Course or the spectacular links by Tom Watson, the serenity of Sasanqua Spa by Clodagh, the shingle-style Beach Club by Robert A.M. Stern, and the soaring Sports Pavilion by John Haley.

Most of all, at each venue you’ll enjoy respectful, attentive service.

Selections on our Cassique menus incorporate the finest, freshest local ingredients—some grown in our gardens.

Brunch at The Beach Club

Cassique homeowners have a resplendent setting at Voysey’s restaurant for unsurpassed cuisine. The Kiawah Island Club engaged Tom Colicchio (James Beard “Best Chef NYC” 2000) in 1999 to bring his inventive classics to Cassique, revealing the essence of each ingredient, without distracting embellishments.

service A few of our special Club staff members whose attention to detail anticipates your needs.

In addition to the two private Club courses by Fazio and Watson, there are four exceptional resort courses nearby on Kiawah; and a fifth just across the river. Three of them—Tom Fazio’s Osprey Point, Jack Nicklaus’ Turtle Point, and Clyde Johnston’s Oak Point—hold four-star ratings in Golf Digest’s “Places to Play” guidebook. The fourth is one of but 16 public courses in the nation to earn Golf Digest’s five-star rating: Pete Dye’s famous Ocean Course, site of the historic “War by the Shore” at the 1991 Ryder Cup matches. It was also host for the 2007 Senior PGA Championship and will welcome the 2012 PGA Championship.

The burn at the par 5 second hole, Cassique

Cassique (already ranked #61 by Golfweek among all modern courses) continues to garner praise for its serene beauty, challenge, and playability. Every inch has been shaped through the eyes of a five-time British Open champion.

We have combined two very different golfing experiences. The golfer plays both through Lowcountry forest with its unique backdrop of light and shadow and, in contrast, through marshside dunes and open ocean winds that characterize the ultimate challenges of true links golf. Tom Watson

Cassiqueâ&#x20AC;&#x2122;s Clubhouse, designed by Bernard Wharton, captures the essence of Arts and Crafts architecture with stone window dressings, sloping buttresses, sweeping slate roofs, and emphasis on craftsmanship. The sensual appreciation of, and value imparted by, natural materials is a touchstone for homes at Cassique.

Today, as it should be, good health is everything. Within Cassiqueâ&#x20AC;&#x2122;s bounds are sporting ways to achieve that elusive goal with vigor and genuine enjoyment.

Complimentary group fitness classes including cardio, yoga, and Pilates are offered along with personal training and small group instruction.

Isnâ&#x20AC;&#x2122;t it always the times, when we were all together, with mom and dad, family and friends, at the beach... that we cherish most?

This morning was spent in reading, conversation, etc.; the afternoon in riding upon an extensive beach, gazing at the wide ocean and plunging into its waves, and in the evening in singing or telling a story. Colonel Lewis Morris, Colonial Army (1782)

The Club Cottages at Cassique designed by Mark Mareska, along with three Club Cottages on Bass Creek, make ideal accommodations for our Members and their special guests.

Charlestonâ&#x20AC;&#x2122;s 340-year tradition as a colonial port city has evolved in many ways. Year-round regattas, luxurious cruise liners, Tall Ships from around the globe, and superb educational and medical resources are but a part of its allure.

Charleston provides a quality of life experience comparable to great world cities, yet on a smaller, more intimate scale.

Charleston’s 3,500 well preserved 18th- and 19th-century structures, heralded antiques shops, lovely plantation gardens, and distinctive cuisine are among the reasons it is America’s most captivating city. The Spoleto Festival USA, seasonal home and garden tours, and fervent dedication to the visual and performing arts add to the mix.

We would be honored to hear of your interest in Cassique. 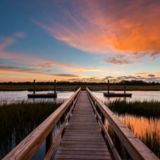