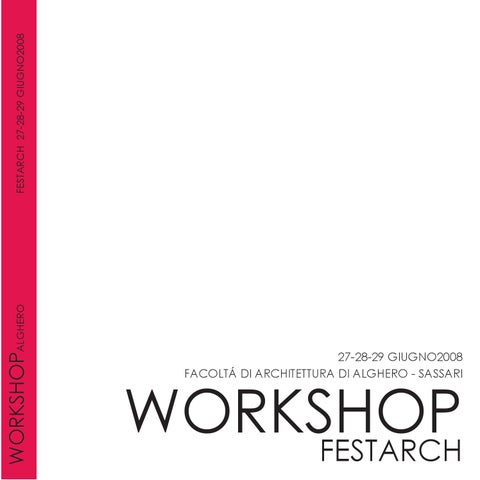 Colonisation of a known place through action. The first step of this action is the construction of autonomous elements, knowing previously their generative laws. They are apparently temporary elements, nearly movable, which can migrate, mutate, circulate, disappear or even establish themselves forever in a performative fecundation phenomenon. Through locating these autonomous elements in a known territory, a crisis breaks through. A negative or positive effect can appear. In any case, it is an interrogative effect, because it questions the known and unknown nature of the familiar place. Thanks to this action of juxtaposition, completion and repetition an imagination process is activated. Festarch catalogue compiles images of this production – location – interrogation – imagination process, which allows unveiling the hidden part of a known place.