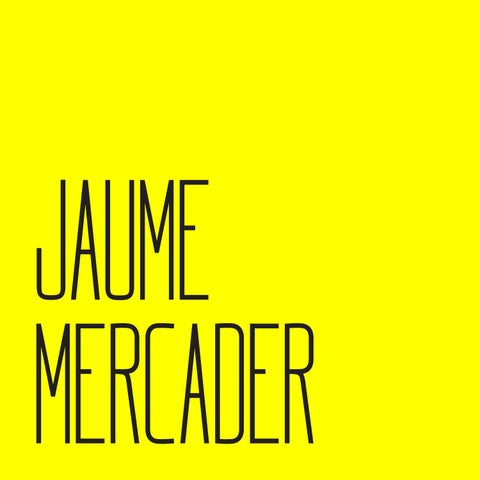 rchitect, 26 years old, Barcelona. I work in the construction of the Basilica de la Sagrada Familia, designing and producing elements in the construction. I graduated in 2016, by UPC. Becoming an Architect opened my interest to many subjects that go far beyond the design of habitat and spaces. I got skilled in parametric design, and my interest in it sent me to Computer Science school, where I attended Freshman Year and became a coding beginner. This skillset eventually allowed me to successfuly use parametric tools at my workplace (Python, Grasshopper and similar). Right now, alongside my job, I work freelance projects, such as Structure Design (mostly non-professional). Particularly, I am very interested in Graphic Design. I also love photography, and I always carry my camera when I travel.

As a subject for my Bachelorâ&#x20AC;&#x2122;s Thesis, I came back to my hometown, and proposed a plan for the refurbishment of a village near the river. I centered my plan not on the layout of the streets, but on the relationship between the new housing and the existing community. I carefully planned multiple housing types, allowing a varied population to add to the town and enrich its daily life. To supplement this expansion, new commodities to the town would be proposed, along with a revamp of the riverside, turning it into a promenade and linking with nearby towns.

Almeda The project in Almeda (near Barcelona) was developed in the Projects subject hosted by Ricardo Bak Gordon and Eduardo Cadaval. We faced a diverse, complex neigbourhood that had developed very fast during the â&#x20AC;&#x2DC;70s. The City Council proposed the course the design of a library-type equipment in a site already occupied by a modest park and a train station. Fitting such different uses in a tight location was a challenge, especially considering that this short strip of park was the only agent vertebrating the neighbourhood, locked amid huge industrial developments. I completely integrated the (underground) train station into the project. Furthermore, I took advantage of the long platform to stablish a unique relationship between the reading rooms and the waiting riders, separated by a garden 8m below the ground level.

Ciutat Meridiana This project was also developed during the Visiting Studio experience in the university, with professor Anupama Kundoo. Taking place in Ciutat Meridiana, one of Barcelonaâ&#x20AC;&#x2122;s most troubled districts, the aim was to ease the harsh transition between public space and house, utterly incomplete because of cheap, fast construction that accompanied the development of this suburban estate. The existing buildings are added two decks, one per each long facade. Those will allow houses to occupy this new space, as well as will provide new room for walking. The access is flattened and more graded. The construction is in wood, with a design oriented to economy and social involvement of the neighbours.

A wooden skin wraps the building, housing new interior spaces and easing the access and social activity. Dwellers benefit from a graded transition from the outside to the inside, replacing the current abruptness. The new facade takes advan-

tage of geometry and better materials to improve the thermal behaviour of the building. The housing complex will induce surrounding buildings to aim for better housing quality, contributing to give the neighbourhood a revamped living scheme.

Facultat de NĂ utica This project consists in a new faculty with its facilities for the UPCâ&#x20AC;&#x2122;s Faculty of Navigation. The situation and the surroundings make it obvious for the faculty to dialogue with the shoreline and the sea. The grounds will also accomodate a sailing club, integrating it with the ideal of urban planning for the Faculty. The neighbouring Hotel W, one of the new shoreline landmarks in Barcelona, develops some public grounds between its huge volumetry and our project. The faculty building sticks to a new axis elongated from those grounds into the sea, dividing the shoreline and arranging docks for both the faculty and the sailing club. Shape is obtained with two architectural types: a lineal block accomodates classrooms and laboratories, while main services, such as the library, an assembly hall and other facilities develop on the ground, attached to the long piece. The key element of the project is precast construction, involving every large element, from structure to facade pieces. Those are designed to generate horizontal lines all across the elevations, reinforcing the flat shape and essence of the project, challenging Hotel Wâ&#x20AC;&#x2122;s assertiveness towards the city shoreline.

Pere IV The situation presents the meeting between the old industrial fabric of the Poblenou district and the pattern following the extension of Barcelonaâ&#x20AC;&#x2122;s urban grid. New streets are widening the neighbourhood and thereâ&#x20AC;&#x2122;s a need for large scale architecture, but at the same time, the project must suit the districtâ&#x20AC;&#x2122;s personality.

The program is fitted in three buildings with an identical configuration. The buildings rise widely for some stories, and only three towers extrude the building up. These towers are different in height too, as they are used as an urbanistic piece that will define the new urban shape.

For the last 2 years, I have been employed in the construction of the Sagrada FamĂ­lia in Barcelona. My mission is to provide the building teams with 3D project data, as well as auxiliary elements and theodolite layouts. I took oportunity of this chance and developed a full workflow based on parametric design. It speeded up the CAD/CAM chores, eased design and production of special formworks and structure elements and increased the precision with wich these elements were designed and later fabricated in the workshop.

In order to perfect the workflow, I assembled several Grasshopper modules and python scripts that perfected the workflow for fabrication and serial design of the elements. Furthermore, most of the construction consists in prefabricated elements cast in a workshop and later assembled on-site. The degree of precision with which the geometric data is translated to the site, using the methodology I implemented, improves the accuracy of the result and simplifies the tasks required from the building teams. Academic training from my Bachelor helped me set the basics for this system, although it took a lot of self-learning to master complex data structures and coding skills. Many of those parametric modules were developed in a generalistic way so they can be exported or perfected oustide the particular world of Sagrada FamĂ­lia.

read more on my job at sagrada famĂ­lia here

This is our project for the ASCEM Pavilion in Construmat, the construction fair. ASCEM is a Spanish guild of metal structure builders, and their guidelines asked the projects to be built in metal, cheap and easy to transport and assemble.

We proposed a reticular structure that would be a Tensegrity hyperboloid. The structure is divided in steel circular beams and two tendons for each beam. The system is modular, as the containing polygon can change and a larger pavilion could be obtained just by adding more parts.

kĂ¸mpakt font ABC def ghi jkl mno pqr stu vw xyz I tend to carry a small notebook with me when I travel. Sometimes, I end up sketching lettering and typography. Collecting all the texts I skeched in Sweden and Denmark, I decided to perfect it into a .otf font family and distribute it for free on the internet. You can see and download the result following the QR-Code. or on Graphicpear.com 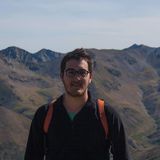 Architecture portfolio containing projects from my bachelor and my job

Architecture portfolio containing projects from my bachelor and my job