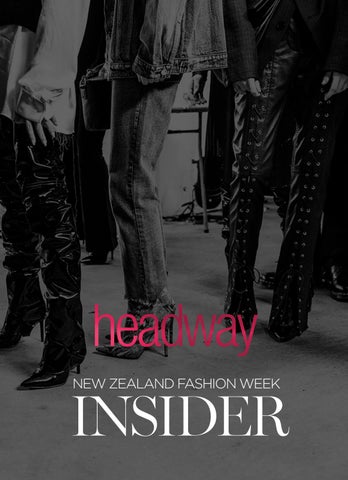 INSIDER Whether we were watching an emerging designer’s debut, or a label well-practiced at taking the runway, this year’s New Zealand Fashion Week provided contemporary collections exhibited in creative, artistic ways, and hair looks that championed effortless wearability over anything else. Headway insider, Skye Ross shares her highlights

Art has long been a strong motif for Federation.

Trish Peng’s showstopping gown made from thousands of fresh flowers.

Budding designers Jordan Noah, Tia Feng, Laura Marris Bennett and Shannen Young stood out as ones to watch with their colourful, contemporary collections. These rising stars and another seven of their fellow creative classmates proved that NZ’s fashion grads are just as talented as our established designers.

You’d be forgiven for thinking that Zambesi’s show as the Mercedes Benz presents designer and NZFW’s esteemed 2017 opener, would be one of models wearing head-to-toe black in true Kiwi… well, fashion. Instead, explosions of marigold took the runway by surprise and set the tone for what would be a popular hue at this year’s week-long event.

Redken ran the hair station, with the talented Richard Kavanagh at the helm.

“Each model was given an individual look, from effortless up-dos, to sleek and straight super hero ponytails and everything in between,” he explained. “One United and Rough Paste were our hero products to make every model into the coolest version of themselves.”

Ever an extravaganza, Andrea Moore’s show began with social media influencers and eight Royal New Zealand ballet dancers debuting her new activewear range, FIT. The Autumn/Winter 18 range for her diffusion line, IAM was presented, as well as her main collection ‘The Pursuit’ which was “based around a couple of conflicting themes and historical nuances such as the Orient Express, Agatha Christie - think lush velvets, jewel tones, mystery and the Crane – which is often called the bird of happiness,” Andrea Moore said. ORECO O Hair director, Sara Allsop and her team of Joico stylists saw models wear their hair deeply parted to the side and adorned with beautiful Kela hair charms – one charm of which is covered entirely in Swarovski crystals and worth $40,000 alone. A

There was a hum of anticipation as an impressive 1500+ people awaited Huffer’s 20th anniversary show at Spark Arena. Not only was it a celebration of the iconic streetwear brand’s two-decade milestone, but it was a fashion industry achievement to have a showcase that large for such an accessible collection. Perhaps that is Huffer’s secret to longevity. From a hair perspective, Redken’s Richard Kavanagh led the procession with a surprising 60s inspired, punkish updo that had a lived-in texture and featured exposed bobby pins. Also, dotted unexpectedly through the group were models with vibrant, coloured tresses which were achieved by applying Redken’s edgy, semi-permanent City Beats range.

Headway | PROMOTION Artistic installations were de rigueur this year, but none were so eclectic or thrilling as Stolen Girlfriends Club’s giant black cube that secreted the models before they slashed through the plastic walls with blades to take the ‘Safer Than Heaven’ runway. The clothes paid homage to 90s grunge but were contrastingly inspired by futurism, with the occasional eclectic metallic leather number making a welcome appearance. Never ones to play by the rules, SGC’s 1000 strong crowd was served an androgynously styled collection, yet the hair, created by Richard Kavanagh for Redken, remained sexy, worn-in and very second-day-esque.

Why do summer collections arrive mid-August when it’s a chilly 15 degrees out? And how come we see racks of coats reach stores mid-Feb when we’re still basking in the warmth at the beach? Wynn Hamlyn’s 2018 ‘Seasons’ collection served to challenge the industry’s schedule with a wardrobe of trans-seasonal pieces. For the hair, L’Oreal’s Michael Beel created a “soft, organic, glam wave” look, one that wasn’t too “contrived or ‘done’” but fit with the young fashion designer’s season-less theme. 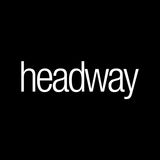