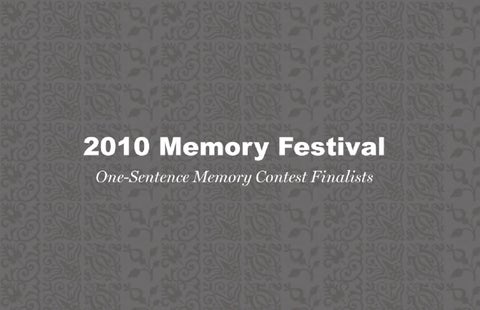 Sitting in chapters with my friends and waiting for 9:30, when the all-you-can-eat sushi joints halve their prices. â&#x20AC;&#x201C; Jacob Sussman

It was spring in Vancouver, and the man

that asked for money on the deserted street was cute —even guiding me to the nearest ATM, promising he would pay me back—and even when I realized I’d been scammed out of fifty bucks, I could smile about his face, his British accent, and how pleasant he was, writing his fake, fake address on the inside cover of Jane Austen’s Persuasion. – Jerome Stueart

After waiting in the ferry line up for hours,

my mom took me to the bathroom in the terminal;

where we met three young hippie girls who were singing a 3-part harmony rendition of ‘Moon Shadow’. – Tracy Erman

The day before my then-boyfriend moved

back to Ontario, we disassembled his foosball table and drove it to a Mexican restaurant at Broadway and Main, where he reassembled the table while I took a phone call from a client who usually called to complain about topics like boys with long hair but this time had called from the hospital to ask if Iâ&#x20AC;&#x2122;d like to be his adopted granddaughter, and when I finally got off the phone, we stroked the foosball table and said goodbye to it, and I didnâ&#x20AC;&#x2122;t think about the table again until a couple of

months later, when my then-boyfriend was now my exboyfriend and I heard that the restaurant had burned down, and now, whenever I pass that intersection, I see the plastic faces of the players, with their chubby cheeks and painted-on smiles, all melting in the fire. â&#x20AC;&#x201C; Sarah Maitland

that the obstetrician at Grace Hospital had wanted to induce two hours earlier, and watched my husband, the founder of the Vancouver International Film Festival, mingle with opening night guests, and a close up magician performed magic tricks, waiters carried trays of champagne and wine, and people smiled for the photographer that had no film in his camera.

I was working in a mobbed up pizza joint, and there were nights I’d sit among semi-retired

gangsters, listening to the sounds of Sicilian spoken softly, and we’d openly eat medium rare veal chops in the heart of New Age Kitsilano, and not a soul dared breathe dissent. – Joe Zucchiatti

I remember when more Canadians shopped

at Dominion, mainly because of the meat. â&#x20AC;&#x201C; Shelley Harrison Rae

During lunch break one day at Eaton’s on

horns that blast the four opening notes to ‘O, Canada’), my coworker said, “There’s that ship again; it pulls into harbour at this time every day!” – Shelley Kozlowski

After the Gastown riot in the 70’s mayor Tom Campbell said, “anyone who goes to Gastown this

weekend deserves what they get,” and Gastown was packed that weekend. – Joan Morelli

I remember my first Valentines Day walk for

I remember twisting on the chrome and

Back in the early sixties when False Creek was

still a wasteland of grit and smoke, a ruin of dilapidated factories and mills linked by rutted dirt roads, I would th

stand on my tiny wooden balcony at 8 Ave. and Oak in the cool evenings after the the dust of the millsÂ had settled and the factory noise had ground to a halt, and wait for the wind that carried with it always the sharp, salt smell of the sea, even there, deep in the heart of the city.

u The Memory Festival

I remember summers at 2

In 1958 my Vancouver was Bollo Bats, hoola

August afternoon in 1977, blocking westbound traffic, I looked up at his ashen face and thought “heart attack”, but he just stared at the radio and said “The king is dead”. – Edward Parker

What fun it was to walk down Granville

Street below the brightly lit neon signs dressed up in Grace Kelly couture and Gregory Peck suits only to be caught on black and white film by one of the street photographers who would capture Vancouver in the 1950â&#x20AC;&#x2122;s. â&#x20AC;&#x201C; Sofia Sandover

Each time I drive by the red ring in

Yaletown, Iâ&#x20AC;&#x2122;m standing again at the gates to Expo 86 in my girl-guide uniform, handing out information maps, playing the game of who can inflict the most paper cuts. â&#x20AC;&#x201C; Andrea Hoff

The summer I was homeless and sleeping on

a bench under Cambie Street Bridge I found in a bin on Granville Street a beat-up copy of Auschwitz: A Doctorâ&#x20AC;&#x2122;s Eyewitness Account by Miklos Nyiszli, which I read and felt less sorry for myself. â&#x20AC;&#x201C; Aaron Golbeck

class at Hastings Community School, I translated instructions on how to use safety scissors to the other Chinese students—now, grown up, I can barely speak a word. – Jackie Wong

looked exactly like Foucault get on at the Public Library and stand across from me cradling two books, titled Rational Decisions and Is Future Given? â&#x20AC;&#x201C; James Phelan

When my Dodge ’85 K-car expired th

at 12 and Commercial, weeks after straining its way

through the Rockies, an artful dodger helped me push it to the curb – but only after he confided, “I killed a man once.” – Adriana Barton 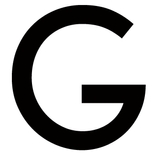