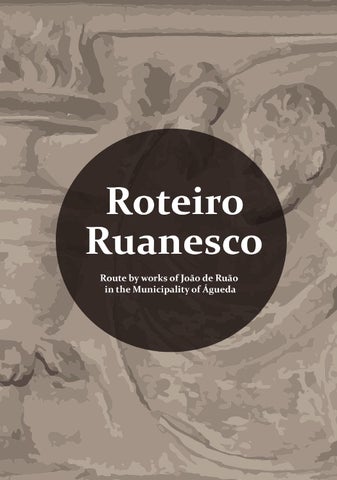 Tomb epitaph Duarte de Lemos, side of the epistle

Arcosolium with polls, side of the gospel

Medallion pediment on the tomb of D. Duarte de Lemos

Urn without inscription on the tomb of D. Joana de Lemos

Capital pilaster between the tomb of D. Joana and D. Duarte

Main altar of Our Lady of Lourdes, Trofa, Ă gueda

Chapel Our Lady of The Fevers, Segadães

Chapel Our Lady of The Grace, Assequins

Our Ladies with baby Jesus

The Rouenesque Tour This tour intends to promote a tour through the works of Jean de Rouen in the Municipality of Águeda. He was born in France in 1500, and he died in Coimbra on the 28th January 1580. He was an elite sculptor who consolidated the values of the Renaissance in Portugal. Master of the Coimbra Renaissance school. Man with many artistic faces, generous, of great friendships and complicities, with a huge sense of art, he brought to these Lands of the Lower Vouga valuable examples of his sculptural and decorative work in the domain of religious art, together with others of his collaborators and companions. This guided tour starts with the Pantheon of the Lemos Family, in the civil parish of Trofa, a project that was commissioned by D. Duarte de Lemos, in 1534, and designed by the Royal Architect Diogo de Castillo (Asturias, XV century - 1574). It was declared as a National Monument by official decree dated from the 16th June 1910. The plastic modelling was made by Jean de Rouen and the praying statue of D. Duarte de Lemos was created by the sculptor Philippe Hodart (France, XV - XVI Century). The decorative motifs in this Pantheon are dynamic, expressive, winding, and they stand out for their originality in the ornamental grammar of sixteenth century art. A mix of religious and pagan grace, with Hellenistic themes, like the most sumptuous triclinia. The nobleman prays for the remission of his sins in the face of a buffet with the Prayer Book, while the capripedes dance the sicinnis! In the Chapel of Our Lady of Lourdes, in the same village, we will admire the original altar of this Pantheon, also in limestone from Ançã. Nowadays, it is the main altar of this chapel. There are a number of Our Ladies with Baby Jesus that follow the Rouenesque model, in various interpretations, inspired by the women of Coimbra (the Tricana), the same feminine type, also present in the Churches of Segadães and Assequins. The tour will end in the Church of Saint Eulalia, in Águeda, where we will marvel ourselves with two altarpieces in the high-relief of the Chapel of the Sacrament, the Last Supper and the Tabernacle, both of the authorship of this exceptional sculptor, alongside with other Works, such as the image of Saint Eulalia, the sculptural group of the Deposition of Christ, the Calvary, the plastic decoration of the ornamental mouldings on the arches that may be attributed to Jean de Rouen or to his heritage in Coimbra (his workshop or influence). The revival of Rouenesque Art in our municipality, its importance associated with the promotion of artistic and built heritage, in a rural and industrial environment, provide the proposed tour, contained in an inherited naturalism, with the pleasure of enjoying works of art and the symbolic language that echoes the phrase yelled out by Portius between diatribes to the round of guests at the feast: “Men, when they are happy, make death laugh!” 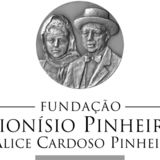