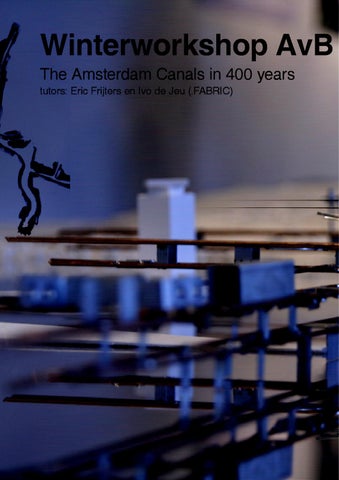 Amsterdam in 2413 is situated in a profoundly different world than what we know today. Though we were becoming more and more aware of the consequences of our excessive fossil fuel consumption, we have not been able to turn the tide and have exhausted all resources. The climate has become significantly hotter and global sea levels have risen two meters. Following the trend of strong urbanization and centralization, a handful metropolises in Europe have risen to dominance. Amsterdam, in fact the whole Netherlands, has lost in this struggle and receded to the periphery. Due to decreased investment and income, the country has not been able to sustain its national coastal defense financially. Around 2200 it became clear that we would only have the ability to protect smaller regions. Though initially the plan was to protect the entire Randstad, fragmented interests undermined the assurance to support a bigger ambition. As a consequence, only places of major importance in Holland have been able to preserve themselves: Amsterdam, the port of Rotterdam and Schiphol. The rest of the Netherlands that was below sea level? Flooded. In this scenario Amsterdam is situated 8 meters below the sea level. With massive fortifications we are able to retain our island polder. A dunescape embraces Amsterdam and retains a fresh water lens under the city. The old shore of the Netherlands protects the city of Amsterdam from the biggest waves, so it&#39;s has in fact become quite attractive for tourists to visit, who flock from now leading countries in Asia and Latin America. The city offers the splendor of the 800 year old canal belt combined with the appeal of rough dunes and sandy beaches within reach. And it is here that we find the link with Las Vegas, which was the original assignment&#39;s starting point. Like Vegas, Amsterdam is now a tourist hub situated in the middle of economic powerhouses, in our case London and Paris, and like Vegas it is isolated by a desolate landscape, though in this case not sand, but water. The east, south and west parts of the current A10 freeway combined with the railway track along the IJ river forms the basis of an embankment to protect the city from flooding, conceived as a dune system. The project explores the implications of these conditions; what this might mean to the city. Within the dunes there are two focal points. As the A10 was used as a basis for the water defense, the Zuid-as financial district is left unprotected: tall edifices rise out of the water. The adjacent dyke is shaped by huge basalt block dykes into a strict geometric shape: a stark contrast with the soft dunes on the east and west of the city. The hard lines refer to the pragmatic Dutch mentality in design seen in projects such as the dyke closing the IJsselmeer bay. The other focal point is the new Dam of Amsterdam, at the location of the former central station. The place has become a monumental but sober point of entry, where the ships from sky and sea dock unloading their passengers and goods. Here, the tension between the city and the sea is evident and tangible. Both focal points are connected through an umbilical pathway that encircles Amsterdam. It’s a references to the former ring roads and railways, but now facilitating slow recreational use instead of pure transport. Along this path, different identities in transition from urban to dune will be encountered. For example, as can be seen in the 1:1.000 model, a high density industrial district investigating new ways of living, or a subdued more gentle use of materials and program in the area around the Westergasterrein. Finally, a city can’t be a city if it’s not functional. The risk of trying to conserve the city of Amsterdam as if one were storing it in formaldehyde is that the property values become so high that innovation stagnates. As a reference to the medieval situation, where the city was consolidated in military bulwarks and ad-hoc expansion took place outside of the city, the submerged Noord becomes the new landscape for production and experimentation. Here, great futuristic elevated structures stretch out over the water, connecting to remnants of the old buildings jutting out of the water. They house harbor activity and everything that’s related to it. Sand banks constructed to the west of the city of Amsterdam provide for a mangrove like environment where special bacteria are used for generating energy. A field the size of half the city will be able to provide all inhabitants. In the southwest Schiphol is retained as another island, connected to the Zuidas by the underwater North-South metro line, feeding the city with large scale air traffic. In the southeast the epitome of modernism former Bijlmer apartment buildings are used as shelter spaces to attract fish which are in turn trapped for consumption. In the city itself the canals are repurposed by providing space for underground greenhouses with water on top, deep enough for boats still to pass through. Food is grown and send floating into canals, as if it were a giant sushi conveyor belt. It passes by people’s doors, where they can pick what they need; a true horn of plenty. The dunes by themselves is not just a landscape for protection; it is a landscape of use. Consequently you will find a myriad of activities, be it sport fields or small scale agriculture. The most important idea here is that it relates to the context, to make sure it becomes a city of the people living in it. Eventually inhabitants will start expanding the city through the dunes and out into the water along piers and docks, into the wide open. Though Amsterdam is in the periphery, it is good to know that it can still continue developing, like an organism, an actual live entity. Whatever’s in store for the next 400 years, our spirit will still be part of it.

HIGH DENSITY LIVING IN THE DUNES

The workshop that I gave together with Eric Frijters (.FABRIC) revolved around the topic 'The Amsterdam Canals in 400 years time'. We confronted the students with a scenario in which the western part of the Netherlands flooded and the only parts of Amsterdam that were protected were the airport and the city within the A10 ring road. Students: Aleksei Kanin, Arna Mackic, Bin Xu, Christian Tautz, David Habets, Jan Haeck, Lorien Beijaert, Luuc Sonke, Pablo Jimenez Moreno, Rianne van Raalte, Thijs Fris, Willemijn van Manen. 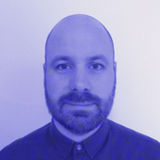