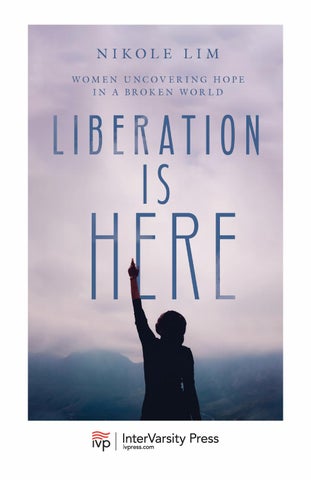 If you have come here to help me,

you are wasting your time.

But if you have come because your liberation is bound up with mine, then let us work together.

up in the village of Gungyi, hearing the roaring sounds of Japanese jet fighters, the crescendo of explosions, and the rainfall of debris. As a freelance journalist, he published an article that was falsely accused of criticizing communism. It put him on the list to be killed. His friend, a communist soldier, secretly told him that he must flee immediately, lest he be killed by morning. My grandfather escaped to Hong Kong and later immigrated to San Francisco where he built a growing church over the course of thirty-five years. After that, he chose to go back to serve as a missionary to the remote villages of China. His experiences there opened my eyes to a world beyond the confines of Richmond, the California suburb where I grew up. When my grandfather was a missionary in China, he would often send me photos of the people he served in hidden mountain villages. Ethnic minority tribes were shunned to rural regions to live in perpetual poverty while the rest of China prospered below. Despite food scarcity and lack of government concern for the people, his photos showed children playing, women laughing, and men engaging over cups of tea. His photos were vivid— displaying expressions of joy and stories of hope. These stories, however, were also infused with issues my young mind could never comprehend. Oppression, imprisonment, and affliction were so foreign to my carefree childhood.

In his photos, the Bai peoples were adorned with white clothing embroidered with fuchsia hues the shape of blooming camellias. Red and white tassels dangled from their headdresses to frame their faces. During celebrations, it was colorful and vibrant, my grandfather wrote. But most of the time, while working in the fields, they wore traditional cotton garments that were black, the color of suffering. From my grandfather’s stories, I grew up understanding there was a larger narrative that spanned the complexities of oppression and poverty. In it was a constant thread of dignity woven throughout the silk brocades of stories that have shaped mine. Through his images I observed how dignity—the quality of being worthy of honor—remained, even in suffering. When I was eleven, my grandfather sent me a photo of a little girl from a village. Her home was carved out of the sides of the cold mountains. She looked like she was around the same age as I was. She looked painfully shy, with a sadness in her eyes that told an unspoken story. My grandfather titled this photo: “She reminds me of you.” I had the haunting realization that this little girl could have been me. ®

Growing up, I was immersed in unspoken cultural expectations simply by being a girl. I was expected to be docile, submissive, and quiet, accepting what is without raising questions or causing conflict. Expressing anger, or any strong emotion, was considered weakness. Emotions were to be controlled, not communicated. Chinese women often display the pretense of perfection in public while criticizing our flawed humanity in private. Believing humility is the same as humiliation, we use words to humiliate ourselves before someone else can.

But I possessed none of these qualities. Too many times I have opened my mouth uninvited, laughing too loudly or reacting with anger when my mother darted her piercing eyes at me and muttered, “That’s not ladylike.” Everything I said or did was expected to represent my family with honor. Not wanting to bring them shame, I concealed my emotions, from joy to rage. I wasn’t allowed to express them fully. I quickly learned that I must conform if I were to belong. My body hunched over, anger clutched at my heart and inhibited its expansion to feel something more. As a child, I was keenly aware of my family’s immigration story. My grandparents escaped war, famine, and poverty in pursuit of new opportunities for generations to follow. I had no choice but to succeed in order to keep our family out of poverty. Doing other­­wise would dishonor the risks my grandparents had taken in their brave mission across the Pacific Ocean. My parents took up house-cleaning and grocery-bagging jobs to get through university. Through education, they moved our family out of poverty within one generation. I had the same pressure to succeed academically and financially. However, being third generation in America, I had the privilege of pursuing any dream I desired—as long as it led to a financially viable career. “I created you to be better than me,” my mother would often say. As a teenager, I began to understand how the little girl in my grandfather’s photograph could have been me. I wondered why I was lucky enough to have been saved from a life of poverty, to have an abundance of resources available to me, and to have access to quality education that would bring me closer to the dream I desired. Yet I struggled with how to reconcile the success of my parents with the poverty of my grandparents. I questioned my role, wondering what responsibility I held due to the privilege of being born third generation. Though I escaped what could have been, my bloodline carried a narrative that was still true for so many. The image of the little girl in China haunted me in my sleep.

This struggle is what sparked my interest in documentary filmmaking. I imagined how telling a more uplifting narrative of those who have experienced oppression could bring about liberation. I wanted my work as a filmmaker to change how these stories were told, highlighting strength and stamina beyond desperation or despair. Contrary to what was depicted in mainstream media, I knew these stories existed because of what I had been told by my ancestors. They were stories of joy and resilience laden with violence and war. While hardship may have been constant, hopelessness certainly was not. Angry with the way people of color and people in poverty were depicted in film and television, filmmaking became my outlet. It was a way of voicing my opinion without being verbal. My anger translated to silence. In my early teens, I started creating documentary films to earn income by capturing stories in my neighborhood, on Skid Row, and eventually on the playgrounds of our ever-expanding world. I enjoyed hiding behind the camera, giving voice to a more engaging story than my own. I was incredibly idealistic, hoping that my career in filmmaking could cast light on the untold stories of the world. But as I listened, I discovered that it was more than my small heart could hold. I listened to the child in the Los Angeles foster-care system as she described the captivity of repeated sexual abuse after moving from house to house. She fought back tears in an attempt to prove that the abuses of power could not take away her freedom. I listened to the story of a woman afflicted with leprosy and ostracized to a fishing village in the southernmost tip of Vietnam. With damaged fingers, she shared her hopes for her son as she lovingly prepared rice noodles topped with fresh herbs for him. Her son, however, did nothing to support her health in return. I listened to the teenage girl who escaped the brothels of Kolkata as she expressed her gratitude for freedom to work where

she chose. She served me chai, sugared to perfection. With both hands extending the tin cup to me, I saw that her golden bangles hid freshly cut lines of dried blood. While every story of pain beckoned me to enter in, I dared not. For me, capturing these stories was a way of hiding—disengaging from my own pain and connecting with someone else’s. As they cried tears of sadness, I refused. Showing my own emotion was weakness, I had been taught to believe. At the same time, I viewed the people as incredibly strong for being able to do so themselves. It was a freeing experience for them. But I couldn’t allow myself to feel for fear of finding something of darkness within me. 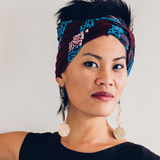 Liberation Is Here is the story of Nikole Lim’s journey as an idealistic freelance filmmaker. Her career allowed her to step in and out of t...

Liberation Is Here is the story of Nikole Lim’s journey as an idealistic freelance filmmaker. Her career allowed her to step in and out of t...