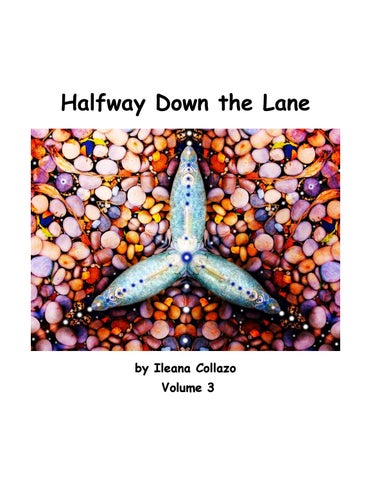 “I hide in Nature, no matter where I am, for I can always call it home.” “I learned all I needed to about creating art as a young girl in my grandmother's garden - where I sat doing what as an adult I call meditating. That quiet spot became my temple. Many years passed before I began to birth the creations conceived in my early daydreams. I started to write fiction and poetry, and then my mind exploded into a galaxy of colors, shapes, and movement as I started to paint on a variety of surfaces, digitally, and then added photography and digital visual art to my artistic spectrum. My art is representative of the twists and turns we take in the course of our daily lives, and of the awe-inspiring beauty that surrounds us. My work is my gift to the world, and to everyone who falls in love with it. I was born in Cuba, and have lived in Spain, New York, Vermont, and Massachusetts. I presently reside in Miami, Florida; where I work and play at Collazo Art Studio with my artist husband Miguel Collazo, four dogs, and cats in the yard. I take photographs - sometimes of all the obvious things that we all see, and others of things we tend to overlook - like items tossed roadside, a section of what I initially see in the frame... - and then, I digitally mix and match the images to create the finished work. When I paint, I allow colors, shapes, and movement to guide me to express the language that floats inside my brain.”

â&#x20AC;&#x153;I paint with words, and write with images.â&#x20AC;? At the dawn of time, visual arts was born, holding her breath until words joined her. Together, they move the senses with a reckless force only matched by nature. I sometimes meld the two to create one experience, and other times let them each forge their separate paths. Music, the elusive ghost, often accompanies me in my creative journeys.

Dedication: “Creating is in many ways akin to falling in love - at least for me because it takes a deep commitment to expression to make our daydreams real. Most people brush over that concept when they meet an artist or a writer, but a few do not, and my youngest daughter, Daphne Collazo, is one of those few. I thank her for her unvarying support, for reminding me that a dose of reality is a necessary part of the ‘artist life,’ and for always being there for me in every aspect of my life. I profoundly admire her for her own creativity, her philosophy of life, her spunk, and her beautiful kind heart.”

“For Volume 3, I randomly chose 10 poems. From 2001 to 2011 I found myself back in Miami, Florida; working in places I never expected to, watching my parents age at an accelerating rate, and experiencing what I refer to as “a sad sense of belonging.” People change, places change, and one can never truly come back home again.”

One Million Questions by Ileana Collazo Sitting on a stoop, arms crossed, legs spread out; looking at the sky all day long - remembering, forgetting. Nightfall bringing death one-inch closer, daybreak making heartache one-ounce lighter. Day by day, night by night, tumbling in a space so vast it makes one gasp. A tumbleweed, a dandelion, a feather, a man; blown about by the winds of life, crushed to powder by the weight of time. Time, who can explain it? Who wants to? For explanations are the birth mothers of one million more questions. Thursday, August 20, 2009

Living Together, Sleeping Apart by Ileana Collazo Man and woman grapple over sex and money, a half-eaten apple, a child, internet porn; their marriage now a corpse they dress up every day. He groans, she mourns; he moans, she subs. Conformity brews the coffee, resentment fries the bacon and eggs; no toast, they won’t be breaking bread. What’s dead is dead, but it can’t be buried yet; Society is peaking through the keyhole, and they won’t admit defeat. So they drive off each morning, too quickly returning, shout and curse with windows shut, and fret in their separate beds. Miami, Florida, May 4, 2014

Washed Out by Ileana Collazo A mother is a woman, who once was a daughter, who once was a child, who once was an infant, who started off as an embryo created by two. A mother is an object of love and affection, resentment, and rejection; a person of sorts. Not always seen as human, but rather a reflection of all that spells perfection and sacrifice. All giving and forgiving, pious and understanding, never the least demanding; an effigy of light. All skin and bones shed, all wants and needs forsaken, she sits around and waits for those who want and need her. In dreams, she runs barefoot, plunges into the ocean, walks down a wooded path until nighttime approaches. Awakened by reality; dishes clang, phones ring, dinner burns, she drives, mends, and shouts as children squirm. A mother is not perfect, but if you ever hurt her, remember that in essence, she is no more than a girl. Miami, Florida, May 8, 2014

Fated for Mating â&#x20AC;&#x201C; Destined to Weep by Ileana Collazo One breath inhaled, one gulp of air thick with despair. I lay inert on the wet grass daring time to pass. One thread of gold around my finger; the reason for it gone. I strain to listen to the faint whisper of words that have been said, but all I hear is the wind hollowing and my sobs gone astray. Miami, Florida, May 10, 2015

Lying Beside You by Ileana Collazo Trapped in a garden without gates, eyes fixed on things I cannot see, that my heart longs for in vain. The rain falls softly over me; flowers smothering my chest, petals choking me with dread from memories for too long dead. Miami, Florida, May 17, 2015

Drowning by Ileana Collazo When your chest aches, and your heart breaks, and you fall into an ocean so deep that your lungs fill up with brine; the world ceases to roll over, and sun rays become so dim that the visions you have seen blur into a veil so thin that it rips in the warm wind as you feel the waves that swell as they sway you to and fro until you can hear the song of those mariners long gone who still weave with crooked hands shreds of hope that have long gone. Miami, Florida, May 1, 2016

Weightless by Ileana Collazo A drum beats inside my head: unrest. The best is gone, and I am left with all the rest. Unkempt, the garden overgrown with pests chokes the daylilies at night, withers in the light of day. While I lay frozen in bed waiting for things that do not come, calling out names into empty space, digging my nails into my chest, trying to rip out the heart preventing me from floating away. Miami, Florida, May 1, 2016

Looking at Herself by Ileana Collazo Two figures linger on the path; One moves, one stays, one approaches, the other retreats. One hears a sigh as a beam of moonlight dives into a puddle at her feet, and the gust of wind she greets kisses her cheek and scuttles through the trees. They touch, and meld into one shadow, looking up at a sky so starlit that it shimmers. Miami, Florida, May 7, 2016

Smoldering Grief by Ileana Collazo We dream that there are things that matter, we wince when we think this is all there is. Paradise found and paradise lost are two very different things; one sought after, and the other one feared. Endearing is the promise that we will go on for eternity; appalling is the notion that we will dissolve into matter that in turn no longer matters and is of no consequence as the world turns on its axis and we no longer exist. To sit and wonder and ponder, counting each second that passes; knowing that each time a clock ticks and our heart beats our chest, we come closer to that hour when our eyelids will stop fluttering, and our last breath will announce it is time for us to go. Miami, Florida, May 9. 2016

Concealed Identity by Ileana Collazo The heart hurts in different ways than does any other organ; with a scalding pain that smolders, making us almost ignite as an unseen hand that presses until it leaves a deep dent tears our flesh from inside; twisting and shredding out gut. Sorrow comes trailing behind, carving a ditch on the grass, exposing the jagged rocks that cut our feet when we walk. Those quiet talks with ourselves, when we whisper words of hope, fall to the ground and break like glass slipping from our hands. No matter how fast time flies, leaving all the hurts behind, ashes continue to burn, and sadness continues to stew in a cast pot with no lid that lets it spill on our lap and sip right down to our bones; staining and scarring our souls. Miami, Florida, May 16, 2016 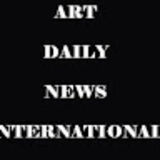