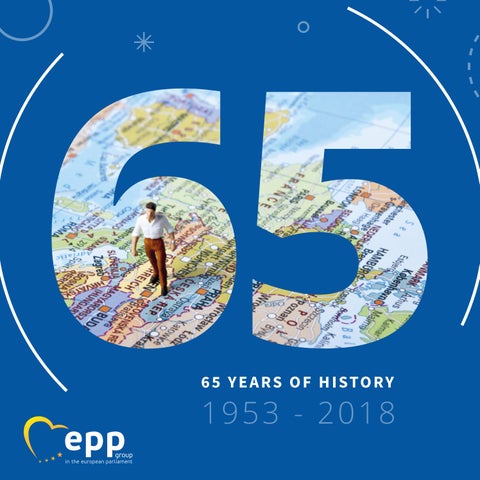 Following the first official meeting of the Common Assembly of the Europe Coal and Steel Community (ECSC) (forerunner of the European Parliament), Christian Democratic delegates from Belgium, Germany, France, Italy, Luxembourg and the Netherlands form an unofficial alliance.

Alcide De Gasperi, Founding Father of the European Union, is the first Christian Democrat to be elected President of the Common Assembly:

â&#x20AC;&#x153;The future will not be built through force, nor the desire to conquer, but by the patient application of the democratic method, the constructive spirit of agreement, and by respect for freedom.â&#x20AC;? (Alcide De Gasperi, Accepting the Charlemagne Prize for his Pro-European Commitment, 12 January 1952)

Chair of the Christian Democratic Group

Emmanuel M.J.A. Sassen Member of the Common Assembly of the ECSC (The Netherlands)

Rejection of the 1980 European Budget

The EPP Group spearheaded European integration after the fall of the Berlin Wall and the imminent demise of totalitarianism across Central and Eastern Europe.

At the Forefront of European Integration

Reunification following the fall of the Berlin Wall 3 October 1990

Following the fall of the Berlin Wall, the EPP Group advocated for the reunification of Germany within the European Economic Community: â&#x20AC;&#x153;For the first time since the end of the Second World War there is thus legitimate hope that the East-West conflict will be overcome, that there will be lasting stability and freedom for all throughout Europe.â&#x20AC;? (Helmut Kohl (EPP), German Chancellor: EP Plenary discussion, 23 November 1989)

After the dissolution of the Soviet Union, the EPP Group supported the emergence of pluralist democracies in the former Communist countries.

The Maastricht Treaty laid the foundations for a single currency, the euro, and expanded cooperation between European countries. It also increased the power of the European Parliament, placing it on an equal footing with the Council of the EU in adopting legislation.

The Maastricht Treaty officially came into force and the European Union was officially established.

Official Establishment of the European Union

Signing of the Maastricht Treaty

The Single Market, the cornerstone of Europe’s integration, and its four freedoms are established: the free movement of goods, services, people and money is now a reality.

The euro is born. For the EPP Group the single currency created a strong symbol of European identity and the expression of European Union values. “It represents the most tangible historical endorsement of the extraordinary adventure that is European integration, pursued for almost half a century on the basis of pooling national sovereignties.” (Nicole Fontaine, President (EPP-ED Group) of the European Parliament, Statement Marking the Introduction of the euro, 31 December 2001)

Single Currency as a Symbol

The Largest Group in the European Parliament 10-13 June 1999

The EPP-ED Group supported the EU’s biggest ever enlargement, accepting 10 new countries from Central and Eastern Europe. The enlargement marked the end of the division between the two Europes, which had been separated since the end of the Second World War by the Cold War and the Berlin Wall.

“On 13 June 2004, Europeans took a decisive step towards the realisation of the grand design of the Founding Fathers of the European Union: after 50 years of oppression and Communist dictatorship, people in Central and Eastern European countries won the right for the first time to join other citizens of Europe.” (Budapest Declaration, 2004) For the EPP-ED Group reunification represented an opportunity to build the entire continent on the same set of values: democracy, the rule of law, and the respect of fundamental freedoms and rights.

under Communism who refused to “bow to the system.” (Jerzy Buzek addressing the European Parliament, Strasbourg, 14 July 2009)

A symbol of Europe’s reunification, his election expressed Europe’s desire for freedom and turned a new page in the history of European integration.

The EPP Group emerged victorious from the European elections with 264 MEPs elected to represent 500 million Europeans.

based on the stabilising role the EU has played in transforming most of Europe from a continent of war to a continent of peace. The EU’s most important achievement has been “the successful struggle for peace and reconciliation and for democracy and human rights.”

In 2012, the EU received the Nobel Peace Prize for advancing the causes of peace, reconciliation, democracy and human rights in Europe.

“The European Union is the biggest peace-making institution ever created in world history and the strongest possible recognition of the deep political motives behind our union.” (Herman Van Rompuy, President (EPP) of the European Council, 12 October 2012)

The EPP Group has always been actively engaged in the field of human rights and has constantly encouraged a policy aimed at guaranteeing respect for fundamental freedoms and strengthening democracy throughout the world.

When awarding the Nobel Peace Prize to the EU, the Nobel Committee said its decision was

The EPP Group retained its position as the largest political Group in the European Parliament following the European elections.

For the first time in the history of the EU, the European Parliament elected - through the vote of EU citizens - the President of the European Commission via the Spitzenkandidat (lead candidate) process. As the largest Parliamentary Group following the elections, the EPP Group was best positioned

to influence the decision of the EU Member States on the next Commission President. Thus, the EPP Group lead candidate Jean-Claude Juncker was elected President, pledging “A new start for Europe” and an “agenda for jobs, growth, fairness and democratic change.” (Jean-Claude Juncker, Strasbourg, 15 July 2014)

The EPP Group has delivered on its 2014 election promises and will continue its work in the European Parliament to provide a better future for Europe’s citizens. In the 8th legislature, the EPP Group has been successful in: • Implementing security measures to ensure the safety of European citizens • Stabilising the migration crisis • Creating growth and jobs across Europe • Abolishing roaming charges and setting in motion the Digital Single Market

• Securing extra funding for the Erasmus+ Programme • Adopting policies to fight climate change The 2019 European elections are fast approaching. The EPP Group will therefore elect its new Spitzenkandidat at the EPP Congress in Helsinki in November. During the upcoming election campaign, the EPP Group will build on its achievements and outline its political priorities to make Europe fit for the challenges of the 21st century. We will work to ensure that citizens remain at the heart of Europe. 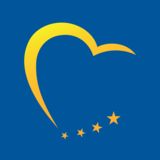