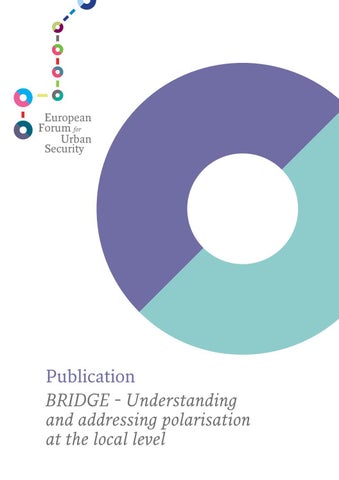 Increasingly polarised societies The phenomenon of polarisation has become an increasingly important issue in academic and especially in political debates in recent years. Indeed, there is a rising tendency towards polarised societies that seem to agree less on shared values or a common ground within the democratic system. Such divisions weaken social cohesion and can degenerate into violence and extremism. What is polarisation? It can be understood as: A growing fragmentation of society into antagonistic collectives perceived as opponents in existential questions over a common future. It is characterised by sharpened forms of ‘us-and-them’ thinking and ‘othering’ and by the absence of dialogue. Polarisation can facilitate a community’s, group’s or individual’s shift toward radicalisation, violence and crime, while its mitigation will increase social cohesion, resilience and democratic progress.

Disregarding phenomena of sharpened tensions among groups at the local level could reinforce “us and them” thinking, intensify polarisation and thus contribute to creating a breeding ground for radicalisation processes and their subsequent extremist dynamics. Even though the drivers of polarisation can be national or global issues on which they have little or no control, local authorities can play an important role in detecting and curbing such phenomena. The concept is comparatively new to many local and regional authorities and not easy to operationalise, but they can apply the knowledge, competencies and resources they already have in preventing violence and fostering social cohesion to the prevention of polarisation. Indeed, local crime prevention structures are well placed to diagnose, monitor and mitigate phenomena of polarisation and tensions at the local and regional levels.

Led by Efus between January 2019 and July 2021, the BRIDGE project aimed to support local and regional authorities in assessing tensions and polarisation within their local contexts, to facilitate the development of activities to prevent and mitigate its causes and effects, and to foster social cohesion, inclusion and citizen participation.

&gt;&gt;&gt;&gt;&gt; The first step: a local polarisation audit To detect polarisation at the local level, cities are advised to conduct a local audit. This will usually involve analysis of the city’s or region’s demographic and socio-economic characteristics as well as identification of risk factors and actors that may contribute to increased tensions and polarisation. In order to build on existing resources and innovative practices, the audit will also assess the effectiveness of policies, initiatives and activities aimed at strengthening social cohesion at the local level. It will also include investigating the accessibility of public services such as health, housing, welfare and education. A mixed-methods approach is recommended to enable municipalities to gain a full picture of polarisation from many perspectives, for example, using both qualitative methods (focus groups, interviews) and quantitative methods (analysis of existing data and the results of questionnaires). Mixing these methods allows for a broader and deeper understanding of polarisation. Organising focus groups and interviews and conducting surveys generates new insights and nourishes reflection on the elaboration of initiatives aiming at building and strengthening social cohesion. It is also crucial to identify opportunities to increase citizen participation and to involve civil society and local stakeholders in the elaboration of a comprehensive prevention strategy.

&gt;&gt;&gt;&gt;&gt; Twelve targeted local pilot projects Through the BRIDGE project, each partner local and regional authority thus conducted a local audit to assess the level and forms of polarisation in their respective context, as well as the risks and protective factors and actors. Based on these findings, and with the help of the BRIDGE expert panel, they elaborated targeted local pilot projects:  City of Brussels (Belgium): Polarisation questionnaire and focus group methodology  Government of Catalonia and City of Terrassa (Spain): Conducting an in-depth polarisation survey  City of Düsseldorf (Germany): Raising awareness of the phenomenon of polarisation  City of Genk (Belgium): Dialogue sessions on the impact of the Covid-19 pandemic and collective storytelling  City of Igoumenitsa (Greece): Polarisation questionnaire and thematic seminar for local stakeholders  City of Leuven (Belgium): Developing a model of restorative approach in the organisational structure of the city and experimenting with the community circles methodology

&gt;&gt;&gt;&gt;&gt; Recommendations for local and regional authorities All the work carried out by the BRIDGE consortium in auditing polarisation in these cities and regions and in designing and conducting pilot projects allows the extrapolation of a series of recommendations for local and regional authorities interested in tackling polarisation in their territory:  Addressing polarisation is challenging and requires the involvement of a wide range of municipal actors and local stakeholders. Yet, their respective perceptions of local realities and the dynamics and assumptions about the causes of polarisation may vary significantly. Engaging a variety of local actors in order to elaborate a shared and common understanding of the local situation is thus paramount.  T he political support, engagement as well as the active communication of elected officials about the objectives and strategies to tackle polarisation are necessary for the effective implementation of preventive and mitigating measures.  Elaborating a concrete prevention plan to tackle polarisation requires the formulation of a clear vision about the future of the city or region.  Polarisation is characterised by hardened fronts and the absence, or even refusal, of constructive dialogue between opposing groups. Facilitating dialogue between groups and segments of the population is thus of the utmost importance in order to overcome sharpened tensions.  To effectively address polarisation and its various manifestations, it is necessary to take stock of existing skills, competencies and expertise that can be built upon, and to identify additional needs for targeted training and capacity building.

Three suggestions for future projects aimed at tackling polarisation 1) We hope there will be further European projects on the topic of polarisation. More research on the ground, especially at the local level, is needed. Similarly, we need platforms for exchanging insights, knowledge and promising prevention and mitigation practices. 2) There is a need for more projects that address polarisation among adults. Indeed, we note that most prevention programmes, whether local or national, focus on youngsters. However, as recent events have shown (such as the assault on the Capitol in Washington in January 2021 or the antiCovid demonstrations and spread of conspiracy theories since the start of the pandemic) polarisation and radicalisation via social media are increasingly observable among adults and need to be addressed. 3) T he BRIDGE project has shown that, as in many other fields, a pluridisciplinary approach is the most fruitful and effective. In particular, there should be cooperation and links between restorative justice, socialpsychology, public health, political sciences and sociology.

The publication BRIDGE - Understanding and addressing polarisation at the local level is available and can be downloaded for free in English, French, for Efus members on the Efus Network online platform: www.efus-network.eu. If you wish to receive a printed copy, please complete the attached order form.

BRIDGE - Understanding and addressing polarisation at the local level

Numerous other Efus publications are available on request. Visit our website: www.efus.eu

To receive the publication BRIDGE - Understanding and addressing polarisation at the local level please fill out the following order form: Number of copies Version

This project was co-funded by the European Union Internal Security Fund – Police. The publication reflects the views only of the authors, and the European Commission cannot be held responsible for any use that may be made of the information contained herein.

Email Telephone If you wish to receive this publication, please send us this order form together with a payment of €8 per copy for postage. 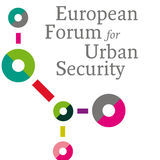