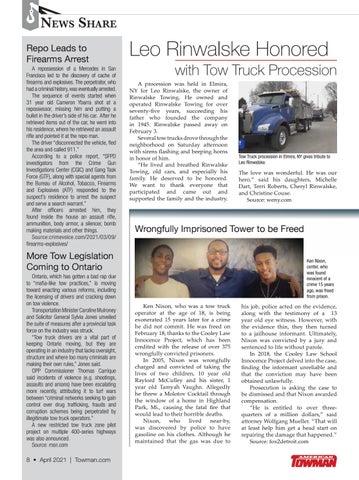 A repossession of a Mercedes in San Francisco led to the discovery of cache of firearms and explosives. The perpetrator, who had a criminal history, was eventually arrested. The sequence of events started when 31 year old Cameron Ybarra shot at a repossessor, missing him and putting a bullet in the driver’s side of his car. After he retrieved items out of the car, he went into his residence, where he retrieved an assault rifle and pointed it at the repo man. The driver “disconnected the vehicle, fled the area and called 911.” According to a police report, “SFPD investigators from the Crime Gun Investigations Center (CGIC) and Gang Task Force (GTF), along with special agents from the Bureau of Alcohol, Tobacco, Firearms and Explosives (ATF) responded to the suspect’s residence to arrest the suspect and serve a search warrant.” After officers arrested him, they found inside the house an assault rifle, ammunition, body armor, a silencer, bomb making materials and other things. Source:crimevoice.com/2021/03/09/ firearms-explosives/

A procession was held in Elmira, NY for Leo Rinwalske, the owner of Rinwalske Towing. He owned and operated Rinwalske Towing for over seventy-five years, succeeding his father who founded the company in 1945. Rinwalske passed away on February 3. Several tow trucks drove through the neighborhood on Saturday afternoon with sirens flashing and beeping horns in honor of him. “He lived and breathed Rinwalske Towing, old cars, and especially his family. He deserved to be honored. We want to thank everyone that participated and came out and supported the family and the industry.

The love was wonderful. He was our hero,” said his daughters, Michelle Dart, Terri Roberts, Cheryl Rinwalske, and Christine Couse.   Source: weny.com

Wrongfully Imprisoned Tower to be Freed

Ontario, which has gotten a bad rap due to “mafia-like tow practices,” is moving toward enacting various reforms, including the licensing of drivers and cracking down on tow violence. Transportation Minister Caroline Mulroney and Solicitor General Sylvia Jones unveiled the suite of measures after a provincial task force on the industry was struck. “Tow truck drivers are a vital part of keeping Ontario moving, but they are operating in an industry that lacks oversight, structure and where too many criminals are making their own rules,” Jones said. OPP Commissioner Thomas Carrique said incidents of violence (e.g. shootings, assaults and arsons) have been escalating more recently, attributing it to turf wars between “criminal networks seeking to gain control over drug trafficking, frauds and corruption schemes being perpetrated by illegitimate tow truck operators.” A new restricted tow truck zone pilot project on multiple 400-series highways was also announced. Source: msn.com

Ken Nixon, center, who was found innocent of a crime 15 years ago, was freed from prison.

Ken Nixon, who was a tow truck operator at the age of 18, is being exonerated 15 years later for a crime he did not commit. He was freed on February 18, thanks to the Cooley Law Innocence Project, which has been credited with the release of over 375 wrongfully convicted prisoners. In 2005, Nixon was wrongfully charged and convicted of taking the lives of two children, 10 year old Raylord McCulley and his sister, 1 year old Tamyah Vaughn. Allegedly he threw a Molotov Cocktail through the window of a home in Highland Park, Mi., causing the fatal fire that would lead to their horrible deaths. Nixon, who lived near-by, was discovered by police to have gasoline on his clothes. Although he maintained that the gas was due to

his job, police acted on the evidence, along with the testimony of a 13 year old eye witness. However, with the evidence thin, they then turned to a jailhouse informant. Ultimately, Nixon was convicted by a jury and sentenced to life without parole. In 2018, the Cooley Law School Innocence Project delved into the case, finding the informant unreliable and that the conviction may have been obtained unlawfully. Prosecution is asking the case to be dismissed and that Nixon awarded compensation. “He is entitled to over threequarters of a million dollars,” said attorney Wolfgang Mueller. “That will at least help him get a head start on repairing the damage that happened.” Source: fox2detroit.com