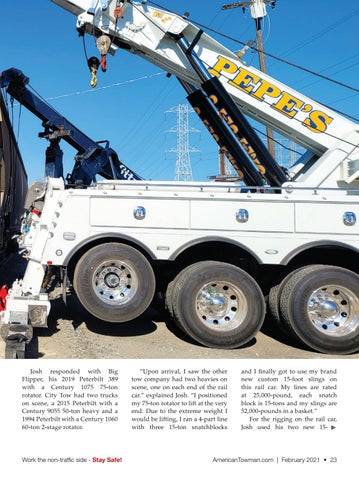 “Upon arrival, I saw the other tow company had two heavies on scene, one on each end of the rail car.” explained Josh. “I positioned my 75-ton rotator to lift at the very end. Due to the extreme weight I would be lifting, I ran a 4-part line with three 15-ton snatchblocks